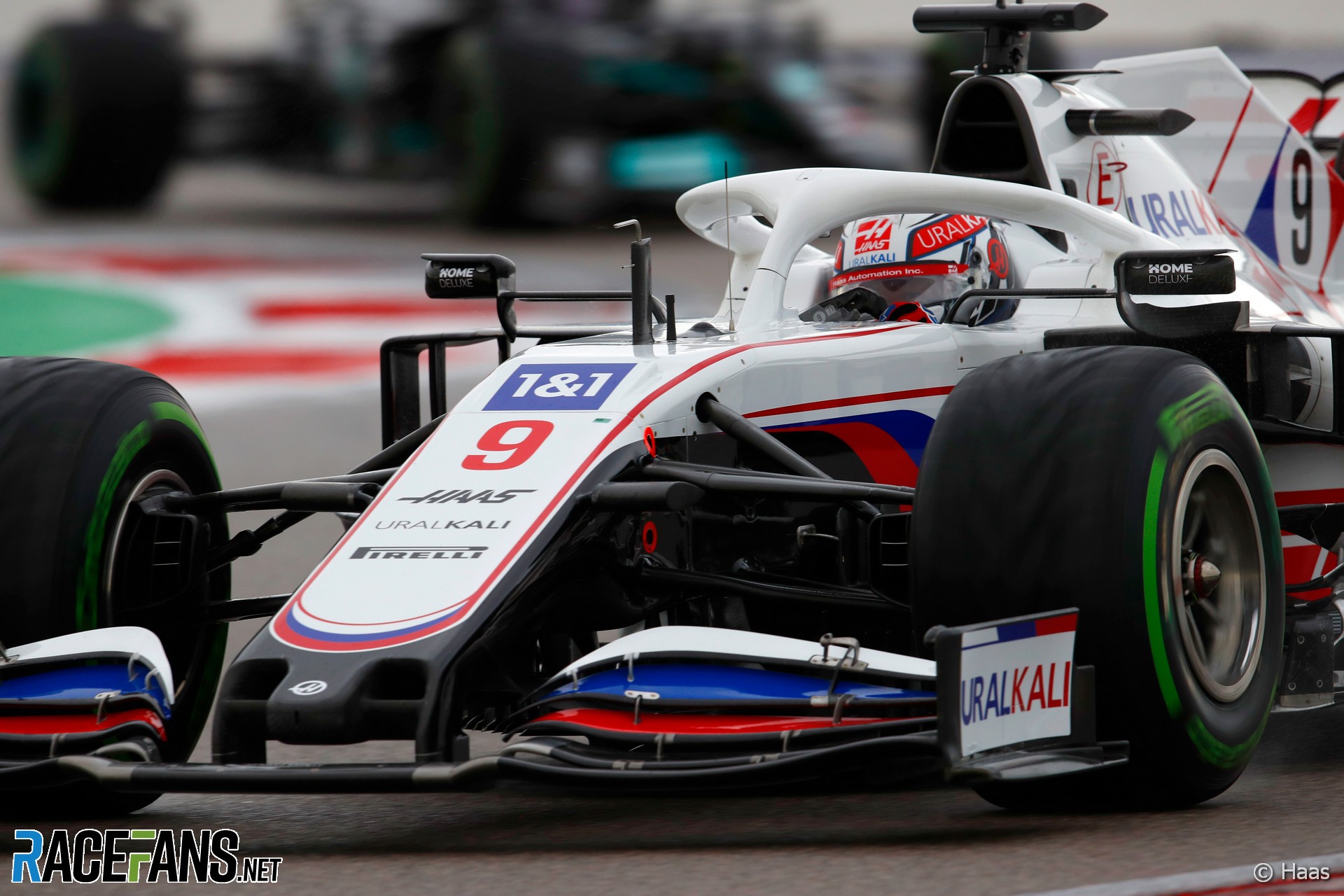 Nikita Mazepin explained how he ended up almost four seconds slower than his team mate in qualifying for the Russian Grand Prix.

Both Haas drivers were eliminated in the first round of qualifying but Mazepin lagged 3.934 seconds shy of Mick Schumacher.

Mazepin said it took more laps to warm up the intermediate tyres in wet conditions at Sochi than when the drivers previously ran in the rain at Spa-Francorchamps. He said the Haas drivers ran different strategies, leaving him with less time to get his final set of tyres up to the correct temperature.

“We did different strategies because we weren’t sure quite how Sochi will work with the tyres, which were intermediates,” he said. “Obviously in Spa the tyres worked if you put them only for two laps and here they worked for five laps.

“Fortunately I showed very good pace for our car midway through the session once the tyres started working. But in the end I only had two laps and I couldn’t switch the tyres on.

“So in the end we could have been one or two positions up, which would have not changed a whole lot but at least that gave us the options to go different inside the team.”

Schumacher did the opposite. He ran two laps at the beginning of the session, of which his first was his quickest, then pitted. His first lap out of the pits on fresh intermediates was a 1’52.116. He improved on the next lap and again on his final run, setting a best of 1’49.830.