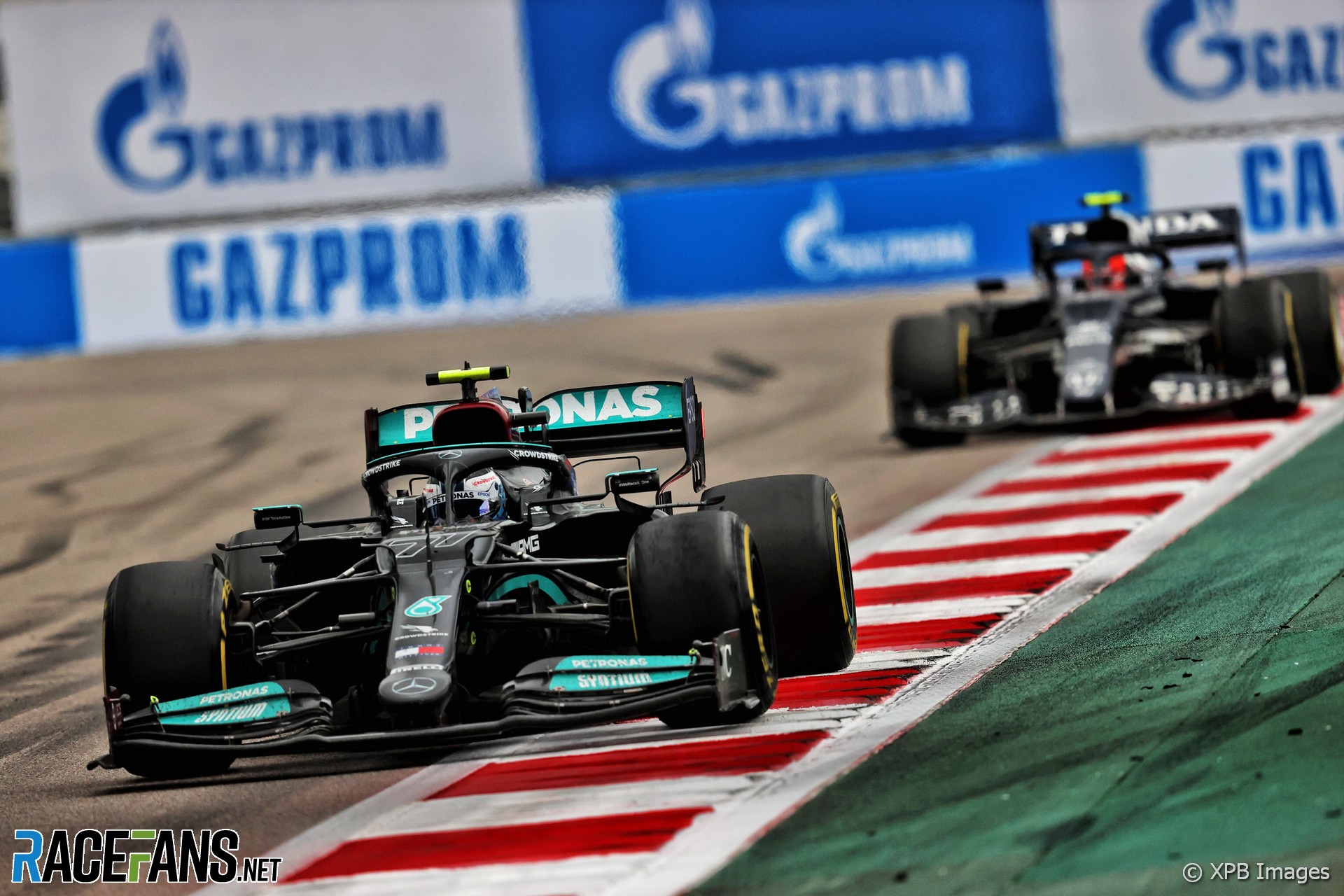 Valtteri Bottas said he could have finished on the podium had Mercedes brought him into the pits for intermediate tyres when they first discussed it.

He was among the first drivers to pit for intermediate tyres, on lap 47, when ran began to fall. He was running 14th at the time, and the early call lifted him to fifth place at the finish.

However Bottas revealed he discussed pitting a lap earlier as he approached the pits. His race engineer Ricardo Musconi advised him “Raining at turn four, five,” towards the end of the lap.

“Is it going to continue?” Bottas asked. “Should we box?”

“Affirm it will continue,” Musconi replied, “but don’t box, stay out, stay out.”

“It’s pretty bad, we should have boxed,” Bottas told his team during the following lap, before coming in.

Bottas finished five seconds behind third-placed Carlos Sainz Jnr, with Daniel Ricciardo in between them. He believes he could have taken a spot on the rostrum had he come in straight away.

“I think we made the right call at the end and stopped early,” said Bottas. “I actually tried to come even one lap earlier but the team wasn’t ready.

“So I think with that we could have been on the podium. But still we were one of the early ones to stop, which was the right call.”

It had been a difficult race up to that point for Bottas who struggled to make progress from his starting position of 16th after a power unit change. “I think the rain kind of saved us today that we got some points,” he admitted.