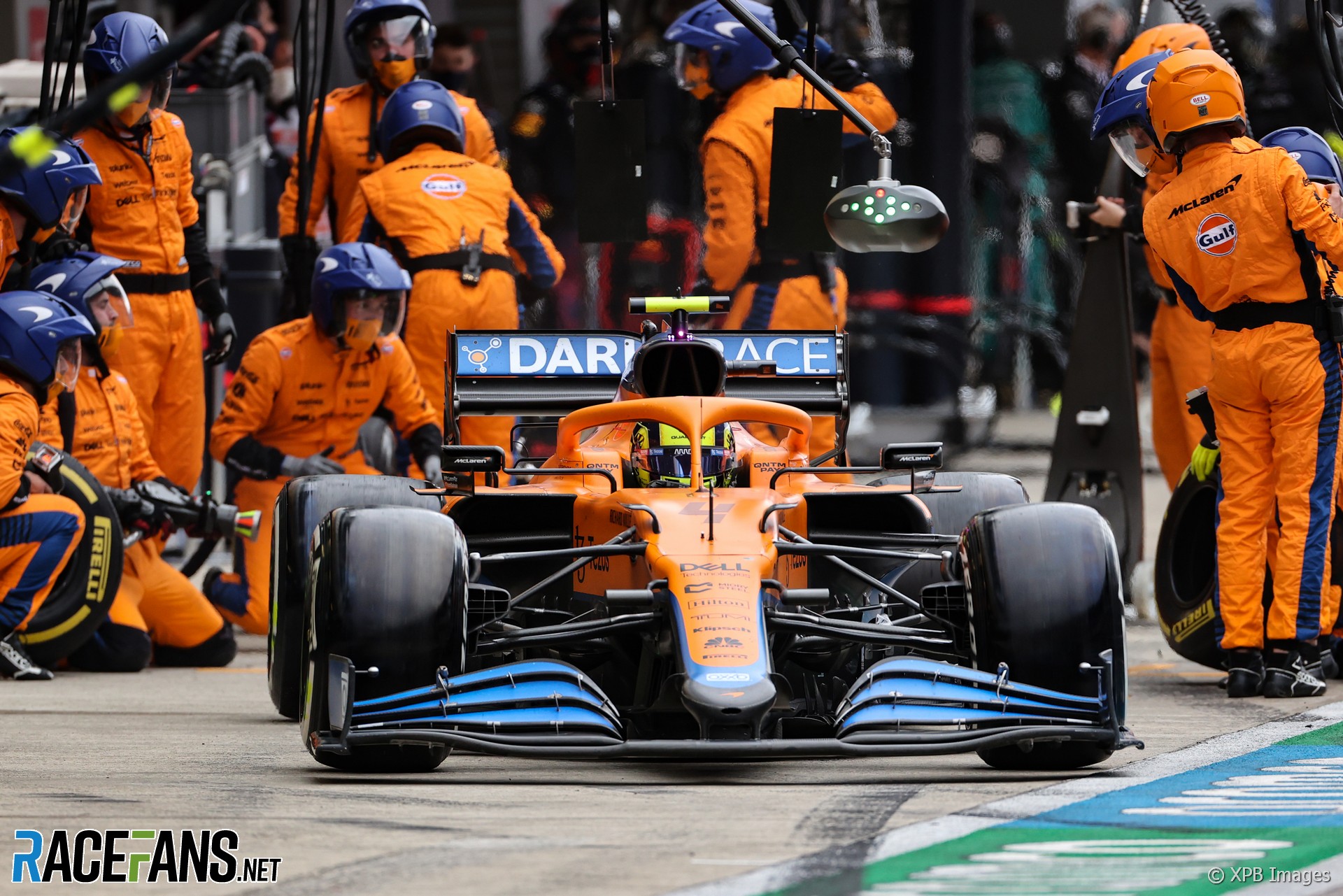 Lando Norris has kept his seventh place in the Russian Grand Prix after the stewards gave him a reprimand for crossing the pit lane entry line.

The McLaren driver skidded across the line on his way into the pits while the track was very wet. He then drove into the pits to change tyres, contravening the race directors’ instructions.

Despite the heavy rain and the fact Norris was on slick tyres, the stewards deemed the incident could not be overlooked on grounds of “force majeure”.

“This was not considered as force majeure because it does not comply with the definition of force majeure in Article 20 of the FIA International Sporting Code,” the stewards ruled.

However they decided against penalising Norris as they noted he had significantly reduced his speed on the way into the pits, before losing control of his car.

“The stewards took into account that on the previous lap the driver of car four [Norris] had passed through turn 17 (adjacent to the pit entry) at a relatively high speed, without loss of control.

“During the ensuing lap, the conditions deteriorated rapidly and were varied in different parts of the circuit. The driver slowed considerably on entering the pit entry, with his speed approximately half of his normal pit entry speed, but still lost control and slid across the painted area between the pit entry and the track.

“Although obviously the driver chose to remain out on the track on hard compound slick tyres when others chose to change to intermediates, and therefore sought to gain an advantage in retaining his race position, we do not consider that the crossing of the painted area was intentional or predictable in the circumstances.”

Norris was given a formal reprimand for his driving, his first of the season.