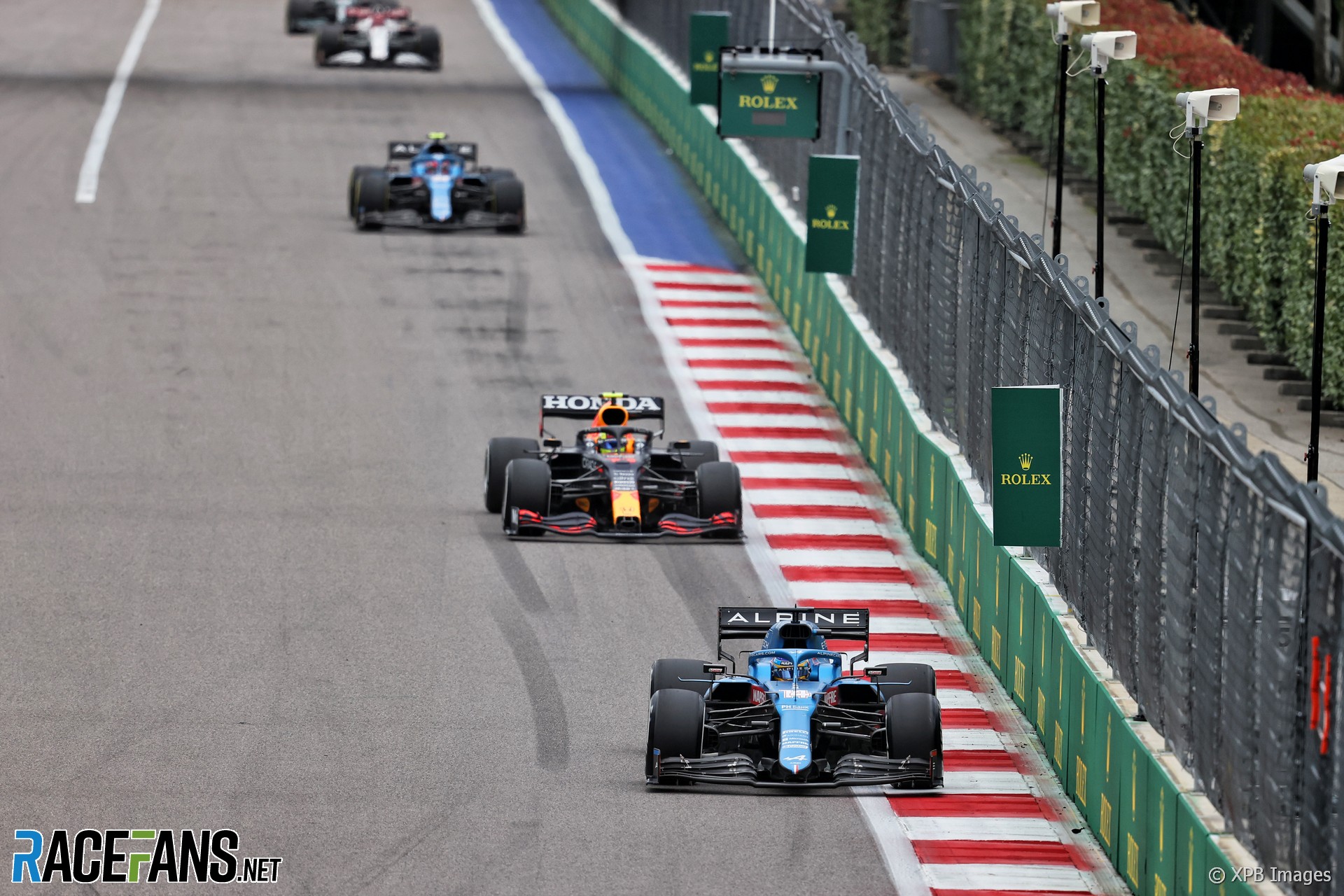 Fernando Alonso said his Alpine team deserved a podium finish in the Russian Grand Prix after running third in the closing stages of the race.

He passed Max Verstappen with 16 laps to go, then gained positions from Daniel Ricciardo, Carlos Sainz Jnr and Sergio Perez as rain began to fall.

That put Alonso in third place, but as the conditions worsened he also had to pit for slick tyres and fell to sixth at the chequered flag.

“I think we should be on the podium today in terms of of executing the race and driving,” said Alonso. He compared his race to Lando Norris’, as the McLaren driver also tried to stay out on slicks, and lost his chance to win the race.

“When it rains it’s just a very lucky factor. And I’m sad because when we are not competitive and we are P11 or P12, it never rains so we never get lucky. And today we are P3, today it just rained. So not sad but definitely we are not very lucky.

Alonso believes Alpine are doing “fantastically well every weekend” to get the most out of a car which performs better at some tracks than others.

“So there is something that we are doing good on the weekends and on Sundays, especially to score so many points with sometimes not the fastest car out there.

“So I’m very proud of the team, of the progress. We are working towards a very strong team and looking for next year hopefully the package is competitive out of the factory, but the team here at the race weekend is ready to fight.”