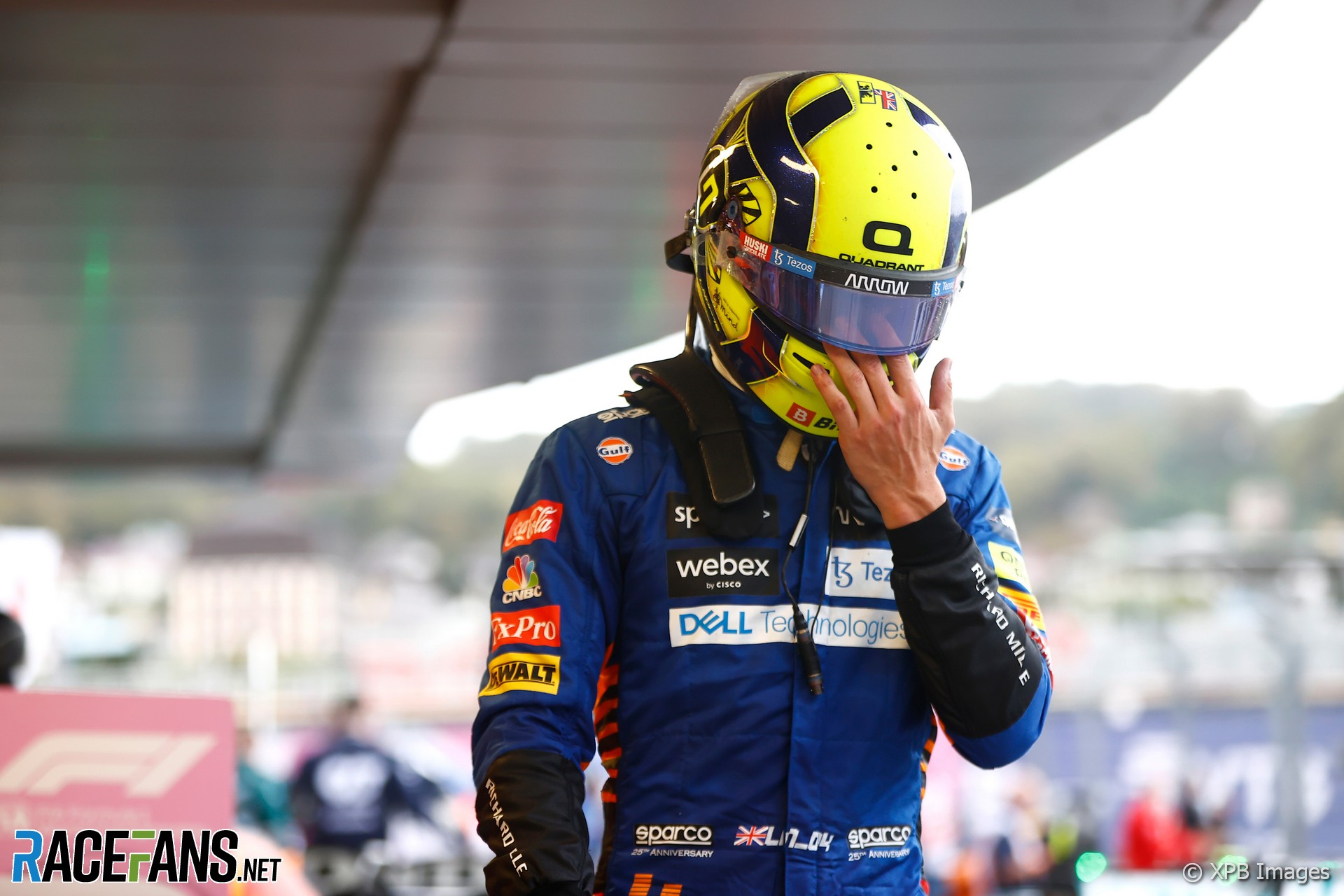 Charles Leclerc empathised with Lando Norris over his lost victory in Sochi but said he expects the McLaren driver will win a race soon.

Norris led much of the Russian Grand Prix but spun off the track when heavy rain fell after he stayed out on slick tyres. He finished seventh.

Leclerc also tried to avoid pitting for intermediate tyres during the cloudburst and fell from fourth to 15th as a result. The Ferrari driver said he could understand Norris’ despair at missing out on what would have been his first Formula 1 win.

“I can imagine what he’s feeling because also he’s part of the decision process in those type of situations and he might feel very, very guilty,” said Leclerc.

“But he’s an amazing driver. I think he has shown it very often this season. He has had a very strong season and I’m sure he will he will learn from it.

“It’s just a matter of time before his first win. I don’t think he should feel so down after the race he has done.”

Leclerc said he wasn’t able to make an early pit stop for intermediate tyres because his team mate Carlos Sainz Jnr was also in the garage at the same time. He therefore decided to risk staying out on slick tyres, until the rain became too heavy and he had to come in.

“It started to rain quite a bit at one point and we were very, very competitive in those conditions,” he said. “The second and last sector, the third sector especially, was dry. So I think what we were losing in the first and second with a bit of rain, we were gaining in the last one, so I decided to stay out.

“Then there was one lap where I doubted it but Carlos was just in front of me and was meant to stop that lap so I couldn’t stop at the same time. And then the lap after it was already too late. Then at that point, I knew my race was already compromised, so I tried to stay on slicks, hoping that the rain decreased, which didn’t happen.

“So I’m disappointed with a race like this because obviously the first part was looking extremely good, some very, very good overtaking, some very good pace and to finish 15th like this hurts.”