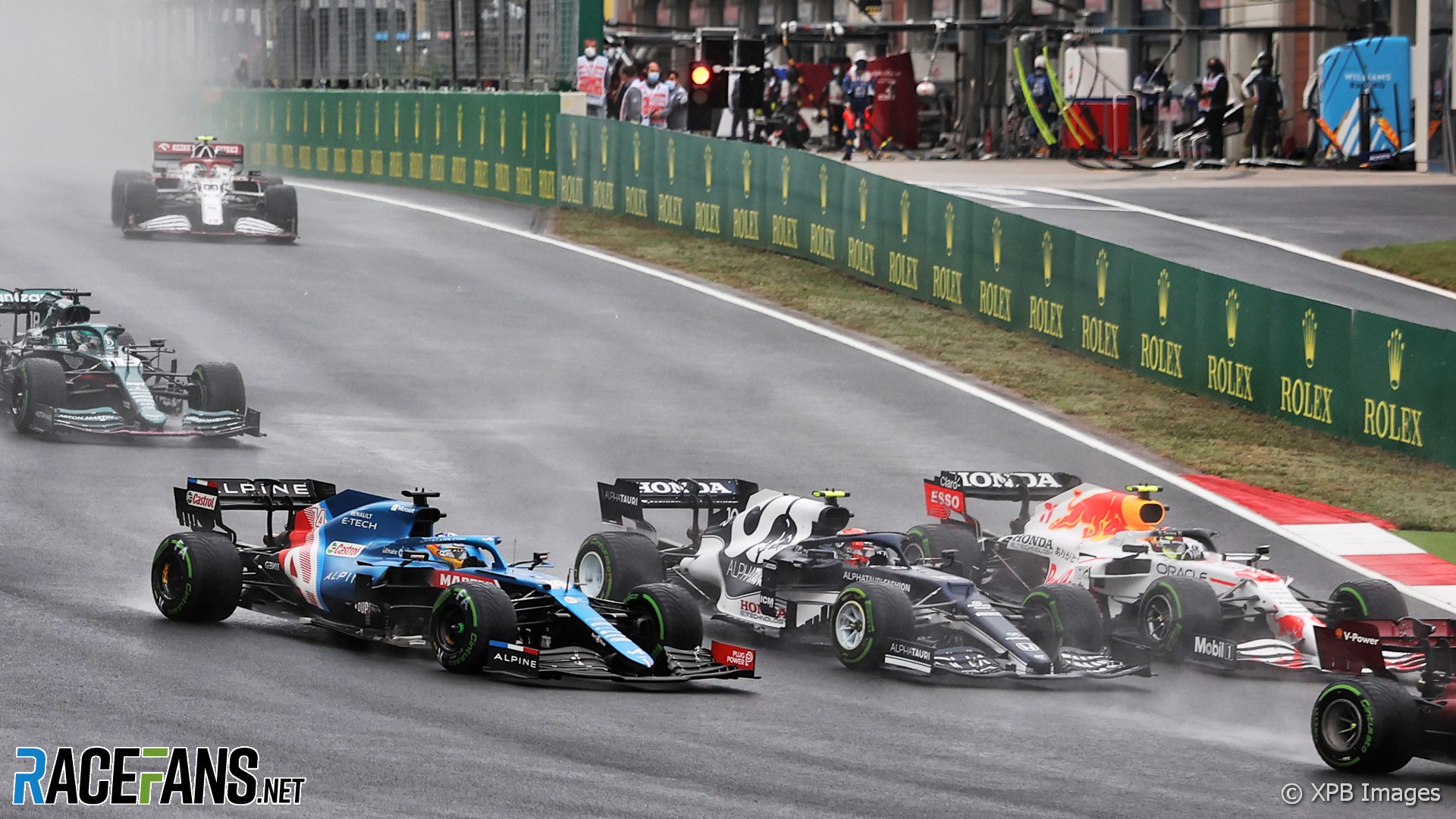 Pierre Gasly’s penalty for his contact with Fernando Alonso on the first lap of the Turkish Grand Prix surprised many.

Lap one incidents have tended to result in more lenient punishments. But Gasly was given a five-second time penalty and two penalty points on his licence after wheel-to-wheel contact between him and Alonso sent the Alpine driver spinning off.

Formula 1 race director Michael Masi explained that before the season began it had been agreed drivers would be penalised for first-lap incidents if they were found to be entirely to blame.

“If we go back to the start of the year, if you recall [prior to] the first event, following discussions with the drivers and the teams, we had to sort of ratchet back a little bit the ‘let them race’ principles in general.

In the original document issued by the stewards, Gasly was only described as being “predominantly” to blame. But in a new, “corrected” document issued three-and-a-half hours later, this was changed to read “wholly”.

“If someone is wholly to blame on lap one, it will result in a penalty,” said Masi. “If it ‘takes two to tango’ and someone’s predominantly [to blame], then it would likely, on that one, not result in anything. Or if there’s more than the two cars involved.

“But if it’s quite clear, two cars, one has done it, then a penalty will happen.”

The stewards did not agree with Gasly’s view that he was unable to avoid Alonso because he had Perez on his inside.

“That was one of the things we probably took a little bit longer at the start there to have a closer look at, obviously Sergio on the inside,” said Masi. “But once it was quite clear from all of the footage and everything available, that’s why they determined that it was a five-second penalty.”