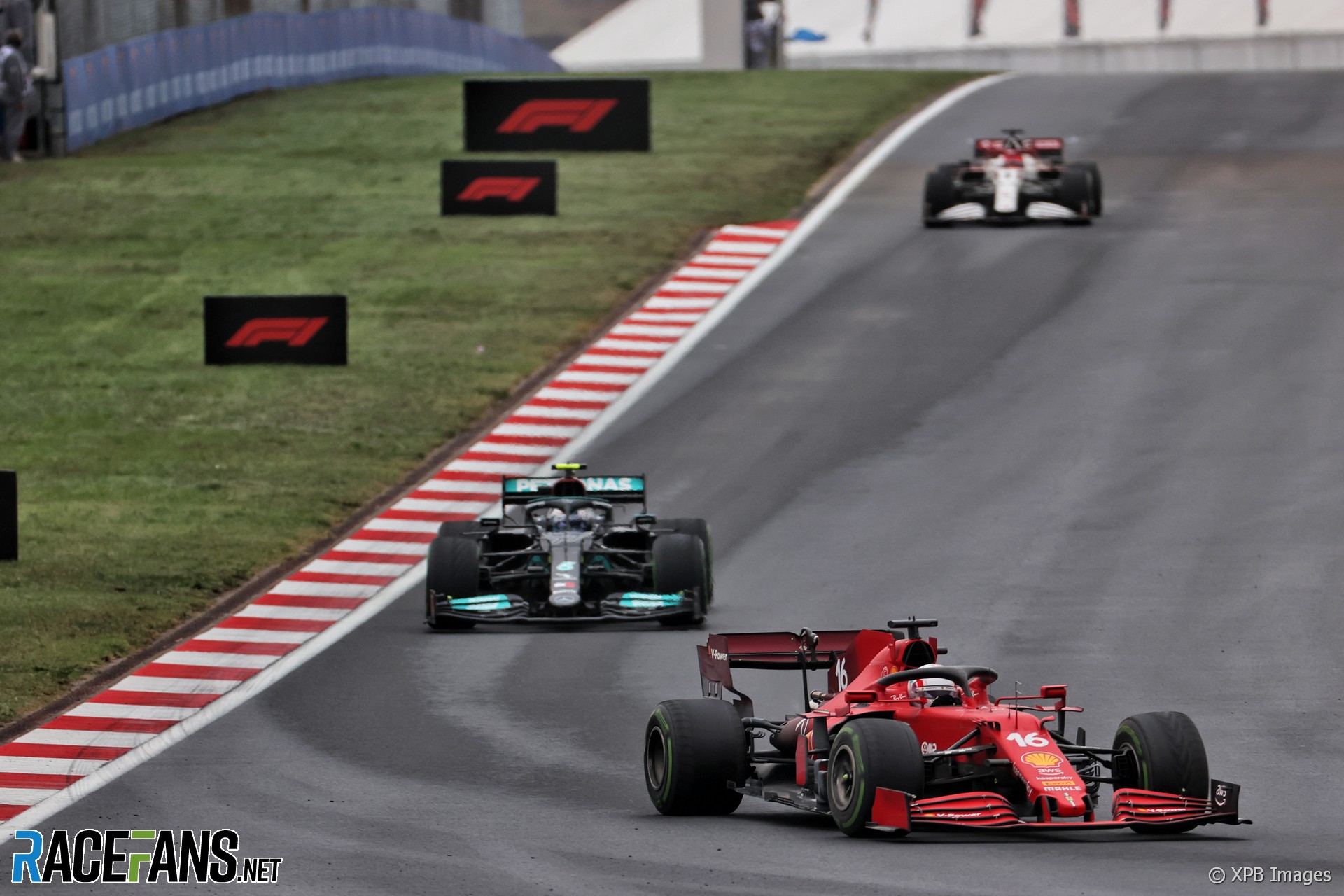 Charles Leclerc says he doesn’t regret Ferrari’s strategic gamble in the Turkish Grand Prix, despite dropping out of the top three positions as a result of it.

The Ferrari driver ran nearly the whole Turkish Grand Prix on the intermediate tyres he started on. By staying out later than Valtteri Bottas and Max Verstappen, Leclerc inherited the lead on lap 37.

He stayed at the front for nine laps. However his tyres began to fade and he eventually pitted on lap 48, after being overtaken by Bottas.

Leclerc was content with the decision to risk staying out on worn tyres. “I had all the info I needed at that time and once Valtteri pitted I was asking quite a lot on the radio: ‘okay, what are the lap times [for] Valtteri on the new inters?'” Leclerc explained.

“For the first five or six laps we were actually more or less in line with his pace. So for me, it was clear that I know it was not just rolling the dice. I was glad we were all confident with that choice.”

The slow rate at which the track dried out made for “a bit of a strange race”, said Leclerc. He and other drivers experienced several laps of graining on the intermediate tyres before they yielded quicker times.

“The new inters for six, seven laps had a graining phase,” Leclerc explained. “And then once you went through the graining phase, then you were finding a lot of pace again and that’s basically exactly what happened.”

Despite finishing a place lower than he started, Leclerc said he had “no regrets”, though he admitted the decision to run a lower-downforce set-up hadn’t helped his progress in the damp conditions.

“It probably wasn’t the optimal configuration for today,” he admitted. “But I was actually surprised by our pace. The car was moving, but was competitive.

“We cannot hope for much more, especially on the first stint, [than] to be on the same pace as Max [Verstappen]. It was a good first stint, so I don’t know what would have been possible with the other configuration.”