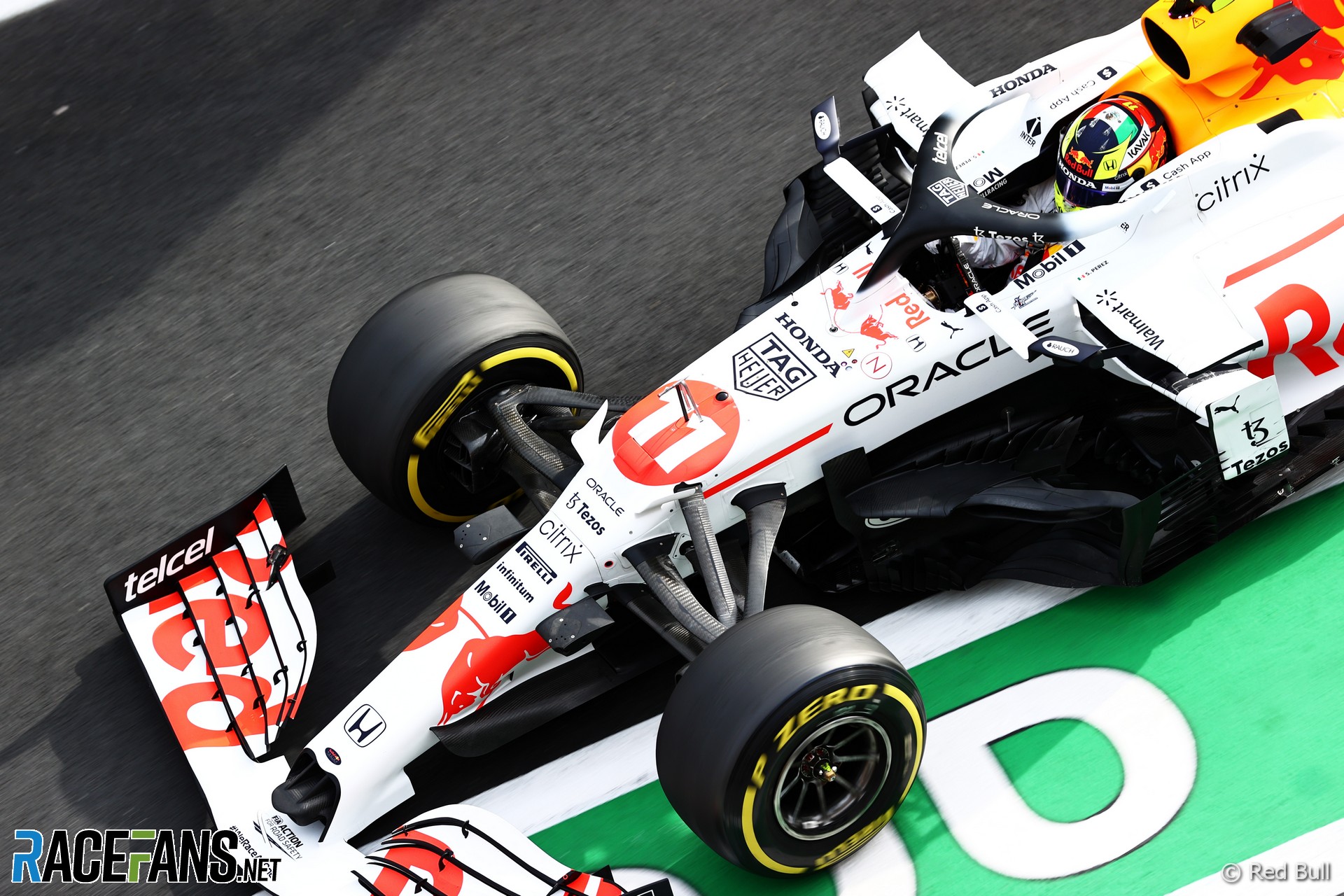 Sergio Perez says he won’t go to special lengths to keep his team mate’s championship rival behind him in today’s Turkish Grand Prix.

While Perez will line up sixth on the grid for the race, team mate Max Verstappen is four places ahead of him. Verstappen’s championship rival Lewis Hamilton, who was quickest in qualifying but took a 10-place grid penalty, will start from 11th.

Hamilton is expected to close on the cars ahead, but Perez said he won’t take extra risks trying to keep the Mercedes behind him.

“I will treat Lewis as any other rival out there,” he said. “I want to do the best possible job for myself and I won’t make it easy for anyone.”

Perez said his objective is to be quick enough to catch up to his team mate, who was over half a second faster than him in qualifying.

“I really hope that the Lewis doesn’t get me [and] that I make enough progress early on in the race that I’m able to be with the leaders,” said Perez. “That would be key for me tomorrow.”

Hamilton will also have to pass both cars belonging to Red Bull’s sister team AlphaTauri. Pierre Gasly took fourth on the grid and Yuki Tsunoda will line up ninth.

“Of course he will push very hard, but it’s not so easy to overtake here because if the car in front of you has the speed, then there’s a lot of dirty air behind and you must be careful not to destroy the front tyres,” said Tost. “Therefore you must not be too close, especially for the front-right tyre, not to risk to run into graining.

“But of course, he has a fast car. We will see regarding the aero set-up because I think they have a little bit more downforce. This is then not so easy to overtake.

“But as we know Hamilton is a really experienced, fast driver, the car is really good and it will become an exciting race, I assume.”

Fernando Alonso, who will start between Perez and Gasly, and rebuffed Hamilton for 10 laps during the Hungarian Grand Prix earlier this year, is expecting to see the quicker cars behind him move ahead during the race.

“Perez is behind me, starting just sixth, Lewis is 11th but he will come through at one point in the race,” said Alonso. “So I think our natural position will come back sooner or later in the race, unfortunately.”