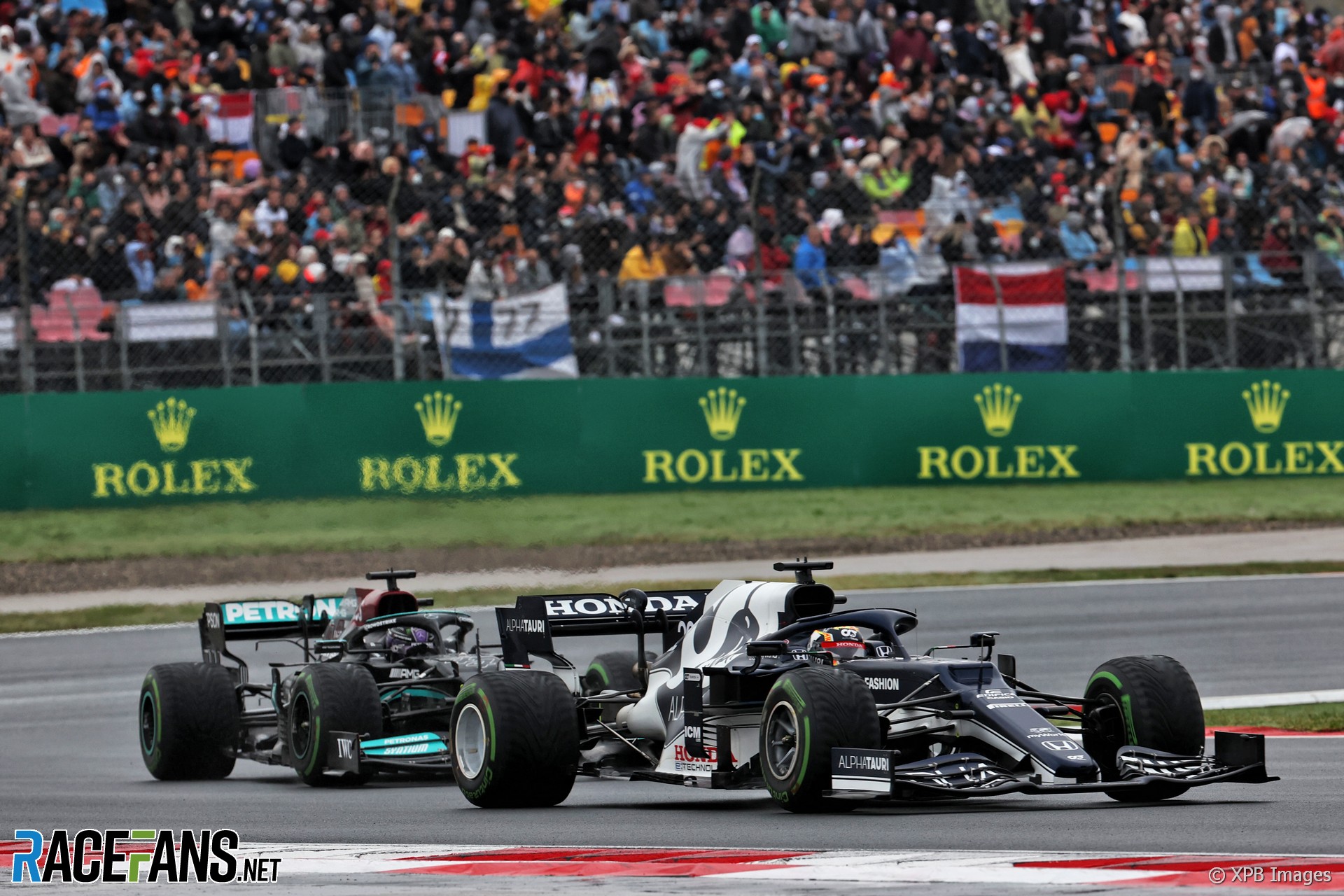 Yuki Tsunoda says he tried to keep Lewis Hamilton behind as long as he could in the opening stages of the Turkish Grand Prix.

The AlphaTauri driver admitted he is keen to see fellow Honda-powered driver Max Verstappen beat Hamilton to the championship this year. Tsunoda kept Hamilton behind, while also trying to preserve his tyres, until the eighth lap of the race.

Asked by RaceFans whether he enjoyed his duel with the seven-times world champion, Tsunoda said: “I don’t care much to be honest.

“I want Max to win, it’s the last year of Honda [with] Red Bull as well. I tried to hold Lewis as much as possible, I don’t know how many laps. I was trying to save more but I couldn’t.”

After passing Tsunoda, Hamilton passed Lance Stroll, Lando Norris and the other AlphaTauri of Pierre Gasly much more quickly. But despite having kept the Mercedes at bay longer than his rivals, Tsunoda said “eight laps, it’s not enough.”

He admitted he took too much life out of his tyres at that stage in the race and suffered because of it later.

“I just used too much tyre early on battling with Hamilton,” he said. “After that it was really hard to keep up the pace.

“I just had a spin and tried to go faster. Also the mirrors, I couldn’t see anything because of, I think, dust. I just couldn’t see, I thought there was a car right behind me so I just had to push and spun.

“The spin ruined my whole race, so it’s a shame. It was possible to score points today, so it’s just a shame.”

Having started inside the top 10 for the first time since the Austrian Grand Prix, Tsunoda said he was disappointed not to have contributed to AlphaTauri’s championship score.

“I was really hoping [to] score points. We’re also fighting in the teams championship for P5 and it was a good opportunity to get us big points, compared to Alpine. But I just feel sorry for the team.”