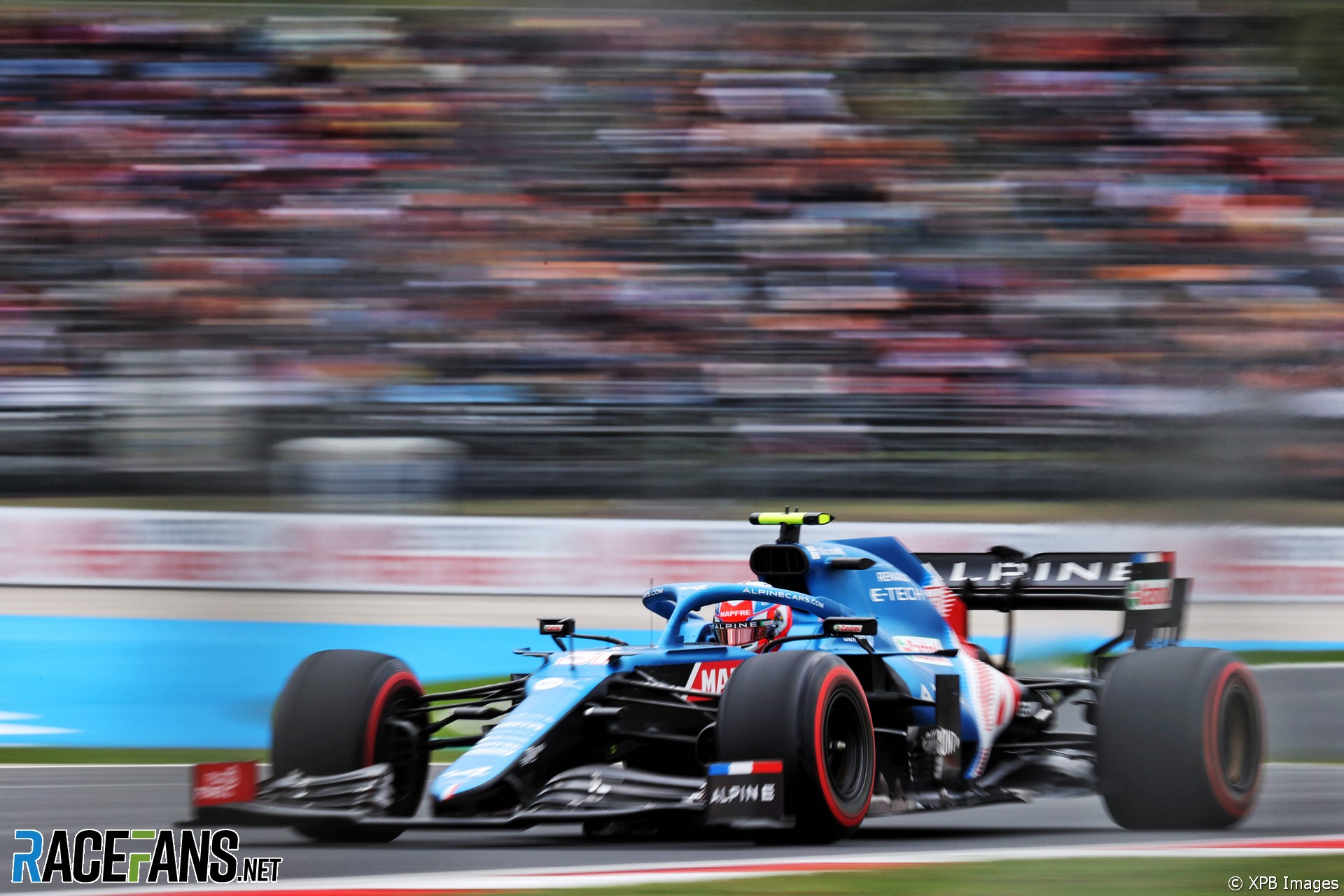 Alpine could have claimed top-10 starting positions for both their cars in today’s Turkish Grand Prix had it not been for an unfortunate incident involving the two drivers which wasn’t shown during the qualifying broadcast.

Fernando Alonso reached Q3 and will start from fifth on the grid. But team mate Esteban Ocon failed to make the cut for the top 10 shoot-out and will line up 12th.

Ocon explained he had been held up by another car on his final run in Q2. “I had to about the lap due to traffic, unfortunately, so I couldn’t do the last the attempt,” he said. “Probably it would have been just enough to get into Q3.”

The car in question belonged to his team mate, who he caught at turn four. Alonso, who was not on a fast lap, moved out of the way to let his team mate by, but as Ocon got accelerated out of the corner he slithered wide and nearly ran into the other Alpine. “Fucking hell,” he exclaimed after backing off to avoid Alonso, ruining his lap.

As Alpine executive director Marcin Budkowski explained, had Alonso not been there Oocon could have recovered from his error and continued.

“His last run in Q2 was what we call a ‘prep-fast’. One preparation for the tyres and one fast lap. When he started his fast lap I think he had a little bit of a wobble at the exit of turn four, between four and five, which is a pretty narrow, lots of corners one after the other area of the track.

“Fernando was there on the left side, very slow, ready to let him through. So he came out of four and normally he would have crossed to the right to take five and actually had a wobble and slid and ended up just behind Fernando and had to brake and abort his lap.

“Obviously, if Fernando’s car hadn’t been there, he would have saved his lap because he could have just got into turn five in a sub-optimal trajectory. But Fernando had to put his car somewhere and that was the best place he could have put it.”

Budkowski said the team had reviewed the incident with the drivers and there were no hard feelings between the pair.

“Esteban was fine with it,” he said. “We all watched the video together and he was fine with it. Both drivers spoke after the qualifying also to make sure there was no misunderstanding. So it’s a closed chapter.”

However Budkowski suspects it denied Ocon the chance to join his team mate in the top 10 on the grid. “He had the pace to sneak into Q3,” he said. “Not comfortably, but I think he would have been into Q3 with his last lap.”