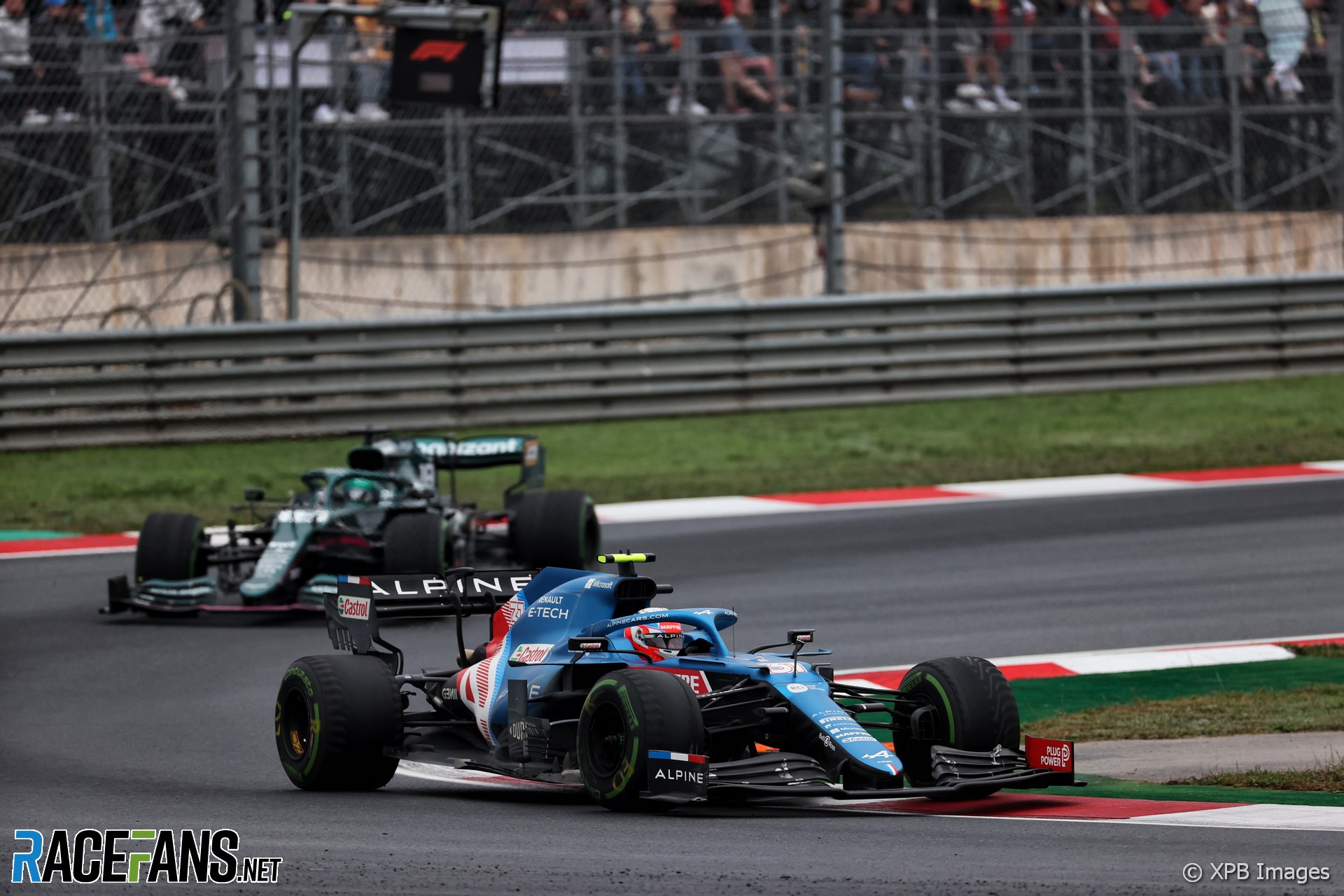 Mercedes believe their decision to call Lewis Hamilton into the pits in the latter stages of the Turkish Grand Prix was vindicated by the one driver who finished the race without changing tyres.

Hamilton criticised his team on the radio after they called him in from third place with eight laps to go fit a fresh set of intermediate tyres. He fell to fifth place at the finish.

The only other driver yet to make a pit stop when Hamilton came in, Esteban Ocon, continued to the end of the race without pitting. He finished a lap down and said he would have got a puncture had he gone one lap further.

Mercedes’ trackside engineering director Andrew Shovlin said Ocon’s drop-off in pace over the final laps showed bringing Hamilton in was the right thing to do.

“If you look at Esteban, he got overtaken by Lance [Stroll] about five or six laps from the end. He finished 17 seconds behind him. That’s how quickly you fall off.”

When Hamilton pitted he had an 11-second margin over Charles Leclerc and Sergio Perez. Pitting Hamilton dropped him behind those two drivers, but Shovlin said the team were concerned he might have lost even more places by staying out.

“That’s what is in our minds, it’s not just if we can keep going at this pace. Esteban lost a further two seconds in that sort of short run to the finish, and that’s where it goes wrong.

“So we’ll go through it and double-check, but we’re fairly certain that we would have lost those two places, if not been at risk from more.”

The only way to secure a higher finishing position for Hamilton would have been to change his tyres much earlier in the race, Shovlin believes. He lost five second fighting for position with Perez on laps 33 and 34, following which Max Verstappen ahead of him pitted.

“Lewis obviously had that fight with Perez and shortly after that when [Perez] decided to stop the question for us was are we certainly going to have to take another set of intermediates?

“We thought we’d wait and see because that opened up two possibilities. One is, if it transitions to dry, Lewis is suddenly back in the fight for a win because he’s made a whole load of race time back by not having to do the extra stop. And the other one is, can he actually get to the end on the intermediate, and by doing that, banking that P3?

“So those were the scenarios that we were looking at. Certainly the upside scenarios of a possibility of winning in the dry or P3 if we could make it all that way.”

However when Leclerc abandoned his effort to reach the end of the race without pitting, Mercedes began to realise Hamilton wouldn’t have the pace to keep his pursuers behind.

“When we’d seen Charles drop off in the Ferrari, you could see it comes quite quickly. We’d started to see a bit of a drop with Lewis anyway.

“On the [strategy] planners, suddenly we were seeing that those places that we lost by doing the stop, we’re going to lose anyway on track, to Perez and to Charles. And there was even a risk that was growing from behind if you really sort of dropped off the curve. So it was really just a case of cutting our losses and not getting too greedy.”

Although Shovlin believes the best strategy option was to make an earlier pit stop for intermediate tyres, the temptation to reach the end without pitting at that point would always have been strong.

“It certainly looked like, to have good condition intermediates at the end of the race, you would have needed to have stopped earlier. So all of those cars that were running well had them on for 20 laps or so. I think, honestly, we would have needed to bring the decision point even earlier around the time of that battle with Perez.

“Probably we would have still been looking at the upside gain of what if it does transition [to slicks], what if we can get to the end? It’s an absolute fact that to have had a chance of racing at the end we would have needed to come in earlier for inters.