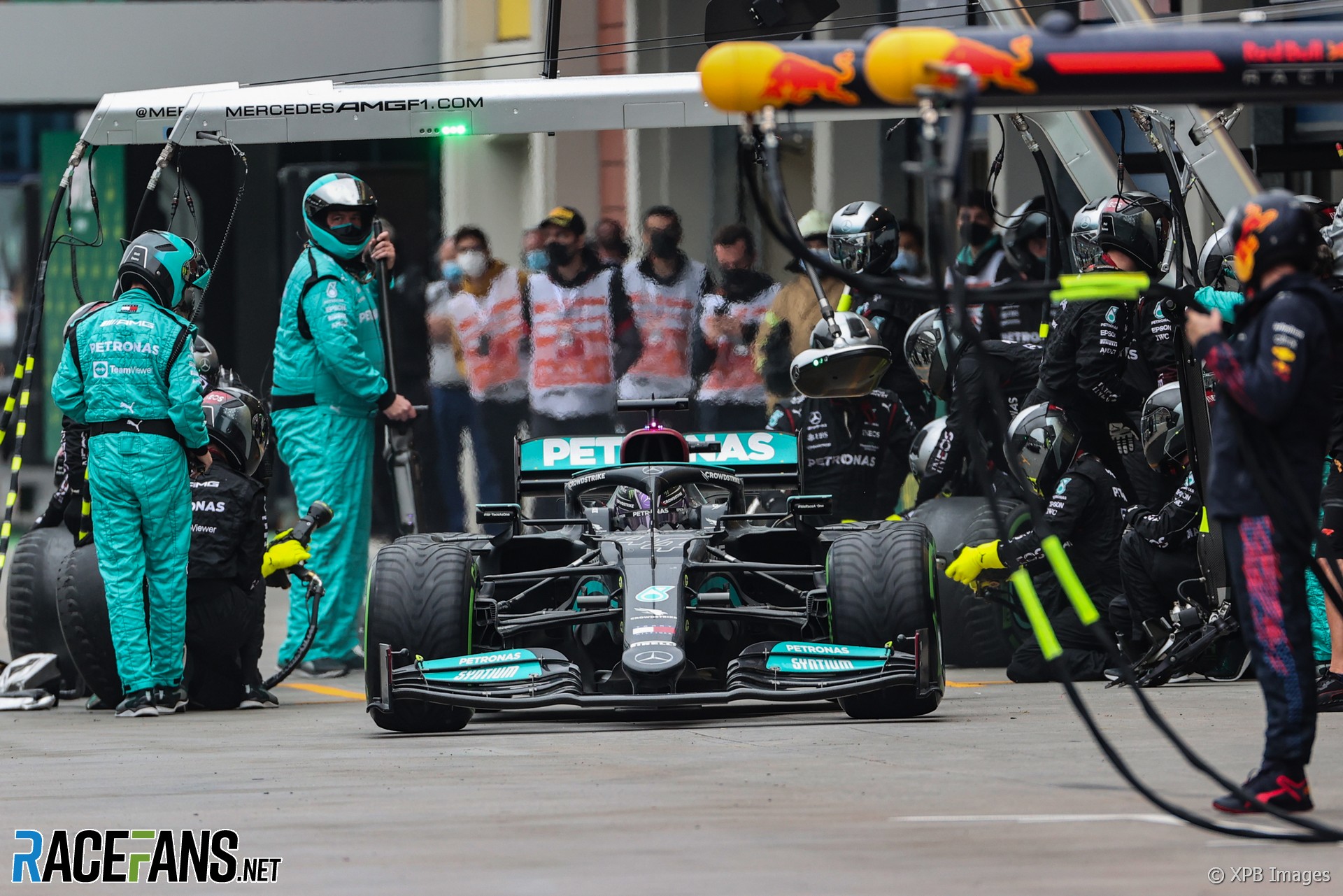 Mercedes had no problem with Lewis Hamilton’s reaction to their strategy during the Turkish Grand Prix, which the driver denied had been “furious”.

Hamilton complained about the team’s decision to bring him in for a pit stop with eight laps to go, as he wanted to risk staying out on his worn original set of tyres in the hope of achieving a higher finishing position.

“Shit man, why’d you give up that space?” he exclaimed to race engineer Peter Bonnington soon after his pit stop. “Got massive graining, man. I told you,” he added. When he was warned a rival was closing on him Hamilton said “leave it alone, man” and spoke no more on the radio for the rest of the race.

The head’s head of trackside operations Andrew Shovlin said Hamilton’s frustration at falling from third on the track to fifth so close to the end was understandable.

“Lewis is always looking at what’s ahead of him, what’s the most he can get,” he said. “He’s deeply invested in this championship, and we wouldn’t really expect anything other than frustration at a P5 where at one point we thought we might be able to hang on.”

Hamilton’s comments on the radio was “just the the kind of frustration from him that at times in that race, he thought he was going to be on the podium and that didn’t come true, I think there’s a bit of disappointment in that.”

Yesterday Hamilton dismissed criticism of his reaction in a social media post. “I’ve seen some of the press this morning which has made a bit too much of the incident in yesterday’s race of when to pit,” he wrote. “It isn’t true to say I’m furious with my team.”

He admitted that making the late pit stop had been “the safest thing to do” under the circumstances, but defended his conduct on the radio. “Don’t ever expect me to be all polite and calm on the radio when I’m racing,” he wrote, “we are all very passionate and in the heat of the moment that passion can come out, as it does for all drivers.”

“My heart and spirit are out there on the track, it’s the fire in me that’s got me this far but any angst is quickly forgotten and we talked it through, already looking ahead to the next race.”

Mercedes team principal Toto Wolff pointed out following the previous race in Russia Hamilton had praised the team for overruling his call not to pit during a late rain shower, which won him the race.

“We had what Lewis called the ‘genius stroke’ in terms of strategy last time around,” said Wolff. “I think we just need to really work on the communication to trust each other and in a way be able to describe what we’re aiming for.”

He insisted the team “have no problem at all with tough conversations on the radio before you have complete information. And obviously, we wouldn’t speak like this to Lewis because he’s driving a car at 320 kilometres an hour.

“But that’s all okay, absolutely we are totally aligned, we’ve been in this together eight years and we have thick skin enough to understand that a driver in the car is frustrated about a situation that he will understand afterwards.”