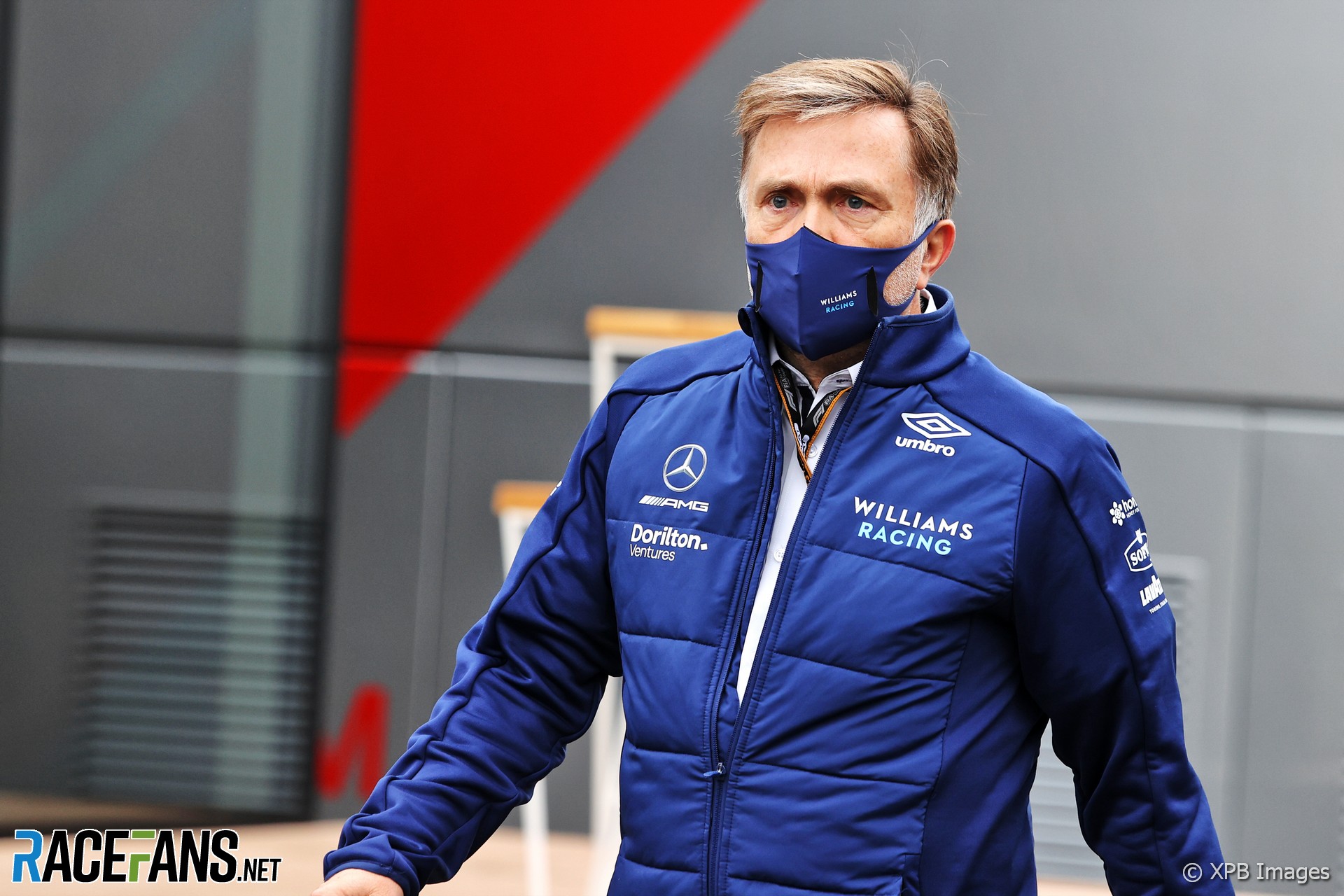 Williams announced this week they have set a target to exceed carbon neutrality and become carbon positive by 2030, meaning they are removing more carbon from the air than they are contributing.

Capito acknowledged the plan involved every area of the team’s operations. “First is, of course, to use renewable energies on our operations, not just in the factory but also at the track, in the paddock, to reduce our natural gas emissions. That’s very important.

“Then it’s quite important to get more efficient travel,” he continued. “This is swapping from air transport to sea transport, for example, and to reduce the weight, to reduce massively what we are [bringing] to the races.”

Formula 1 has intends to sustainable fuel by 2030, reducing emissions directly from its racing cars by 65%. But only 0.7% of F1’s reported emissions come from the cars themselves.

The most significant area of improvement F1 faces, according to a 2019 study, is logistics. The championship’s analysis indicated 72.7% of its emissions were produced in transporting team member and freight around the world to races and test sessions.

Williams’ efforts to become carbon positive will there go well beyond power unit emissions. “If you want to be carbon neutral, you have to tackle everything,” said Capito in response to a question from RaceFans.

“I don’t think we can [make] the argument ‘no, the car still doesn’t really matter because we have bigger fish to fry.’ Of course, if we want to be climate positive, that means we are not just focussing on what the cars have because that’s what other people do very much.”

He said that the team would “have to focus on” transport and freight and “that’s where we have to get better.

“Also what is in the factory is an important part. The cars are the least but they are the most prominent argument.”

The 2022 F1 calendar is expected to feature a record 23 races. It will return to pre-pandemic numbers of ‘flyaway’ events outside Europe, which involve considerable amounts of air freight.

But Capito believes cutting the number of races on the calendar is not the way to reduce emissions. “I don’t think we should measure emissions by the number of races, because then it would [mean] ‘okay, go to zero and then the problem is solved.'” he said. “I do not think that this is the right approach.

“The right approach is to lead the industry to get the message through. At each race we are communicating to millions and millions of fans and if we have the right messaging we can inspire the fans to also change their behaviour here and there.

“That we can’t measure as Williams Racing or as Formula 1 but for sure, that can have an impact on leading by example and inspire the fans to follow what the teams and what Formula 1 is doing.”