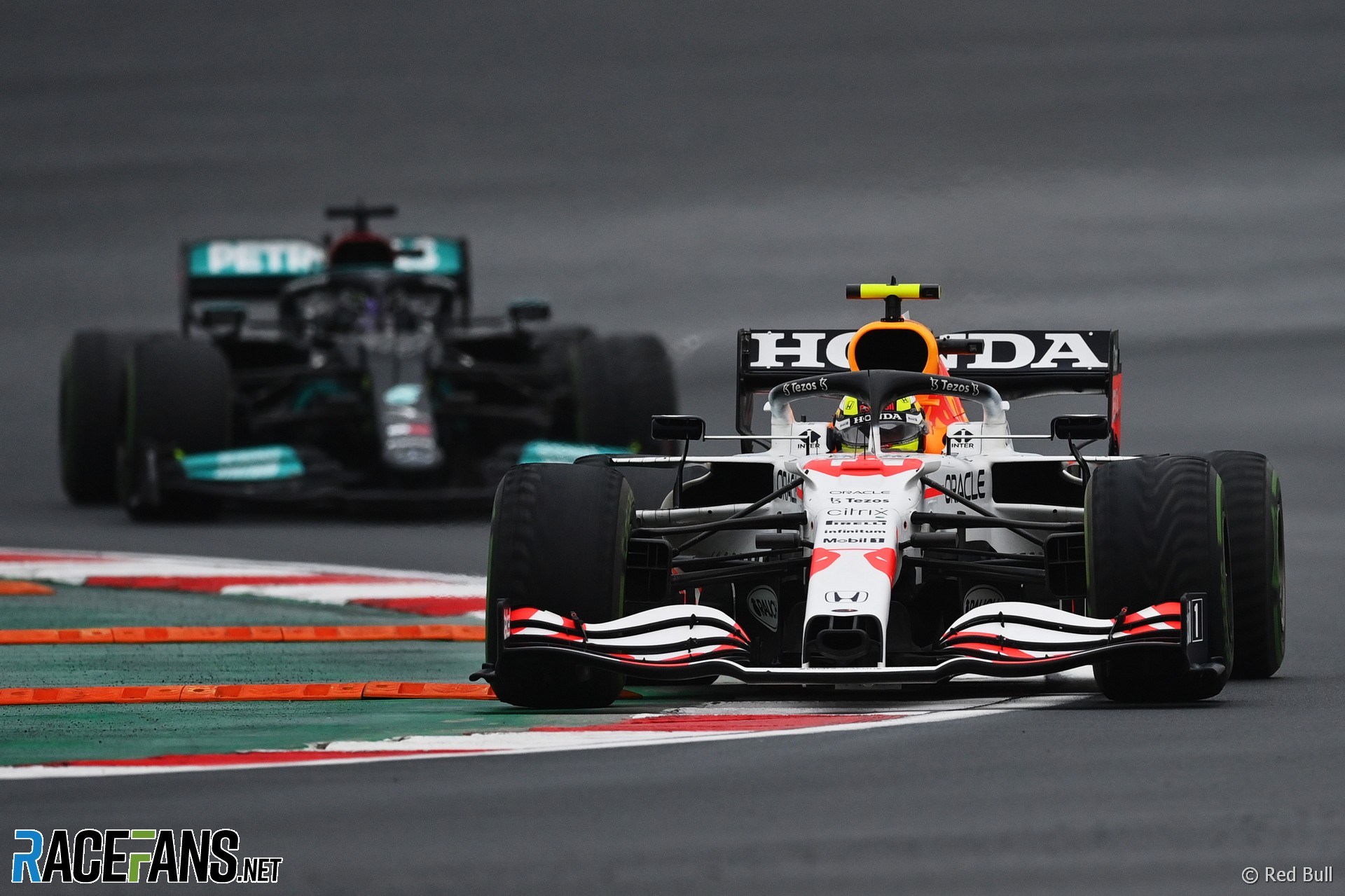 On paper, the Turkish Grand Prix was a setback for Mercedes, in that Lewis Hamilton lost the lead of the championship.

By failing to select the best tactical option in tricky conditions, the team believes it missed a chance to bring Hamilton in third instead of fifth. Five precious points therefore slipped through Hamilton’s fingers, without which he’d be just one point behind title rival Max Verstappen.

But on a weekend where the team opted to fit a replacement engine to Hamilton’s power unit, and therefore take a 10-place grid penalty, they largely limited the damage.

“For Lewis, the absolute view of Turkey is that he lost one point more than Max did in the previous race in Russia with a similar engine change, which we can live with,” said team principal Toto Wolff.

Of course, Hamilton was not able to see the big picture when he chided the team over the strategy call over the final laps at Istanbul Park. “The relative view when you’re in the heat of a race is to always want another position, to score more points,” said Wolff, “that’s who we are as racers and we wouldn’t want that competitive intensity any other way.”

As pre-season testing indicated would be the case, Mercedes has been in a close fight with Red Bull all year. But since being stung by their rivals at the season-opener in Bahrain, where Verstappen was almost four-tenths of a second quicker than Hamilton despite a less-than-perfect qualifying lap, Mercedes haven’t been as far behind their rivals since.

The picture didn’t look good for the reigning world champions at mid-season, where Red Bull forged ahead, flattered somewhat by back-to-back races being held in Austria on a circuit which played to their strengths. But Mercedes’ Silverstone upgrade brought them back into contention.

Since then Mercedes have either been ahead or only fractionally slower. Red Bull deserve credit for taking maximum advantage of the slender performance advantage they have enjoyed at times since then, measured in hundredths of a second. This was particularly true at Zandvoort, though in the case of Spa they can also thank the weather gods and the FIA’s controversial decision to award points for a race that never happened.

Over the last three rounds Mercedes have had a clear upper hand. In once case, Sochi, the raw performance figures obviously flatter the scale of their superiority. Had Verstappen not taken a grid penalty for a power unit change, and therefore set a more representative time in practice, the difference would likely have been in the three-to-four tenths range seen at the other two races.

Even so, this is an encouraging sign for Mercedes that they now have a modest but vital performance advantage on F1’s more conventional tracks. They’ve even betrayed a hint of confidence seldom seen among the careful expectations management: trackside engineering director Andrew Shovlin admitted the W12 “looks like a car that can win championships”, which arguably wasn’t the case at mid-season.

With Hamilton’s engine change out of the way, Mercedes will go into the final rounds hoping that pace advantage will swing the points advantage back his way again. They’ve already increased their constructors championship lead to 36 points, the highest it has been all year. Their hope is that trend may soon be seen in the drivers title fight too, while Red Bull look to tracks which might suit their car better to keep Verstappen ahead in the title fight.

25 comments on “Analysis: Why Mercedes can “live with” Hamilton’s Turkish GP points loss”