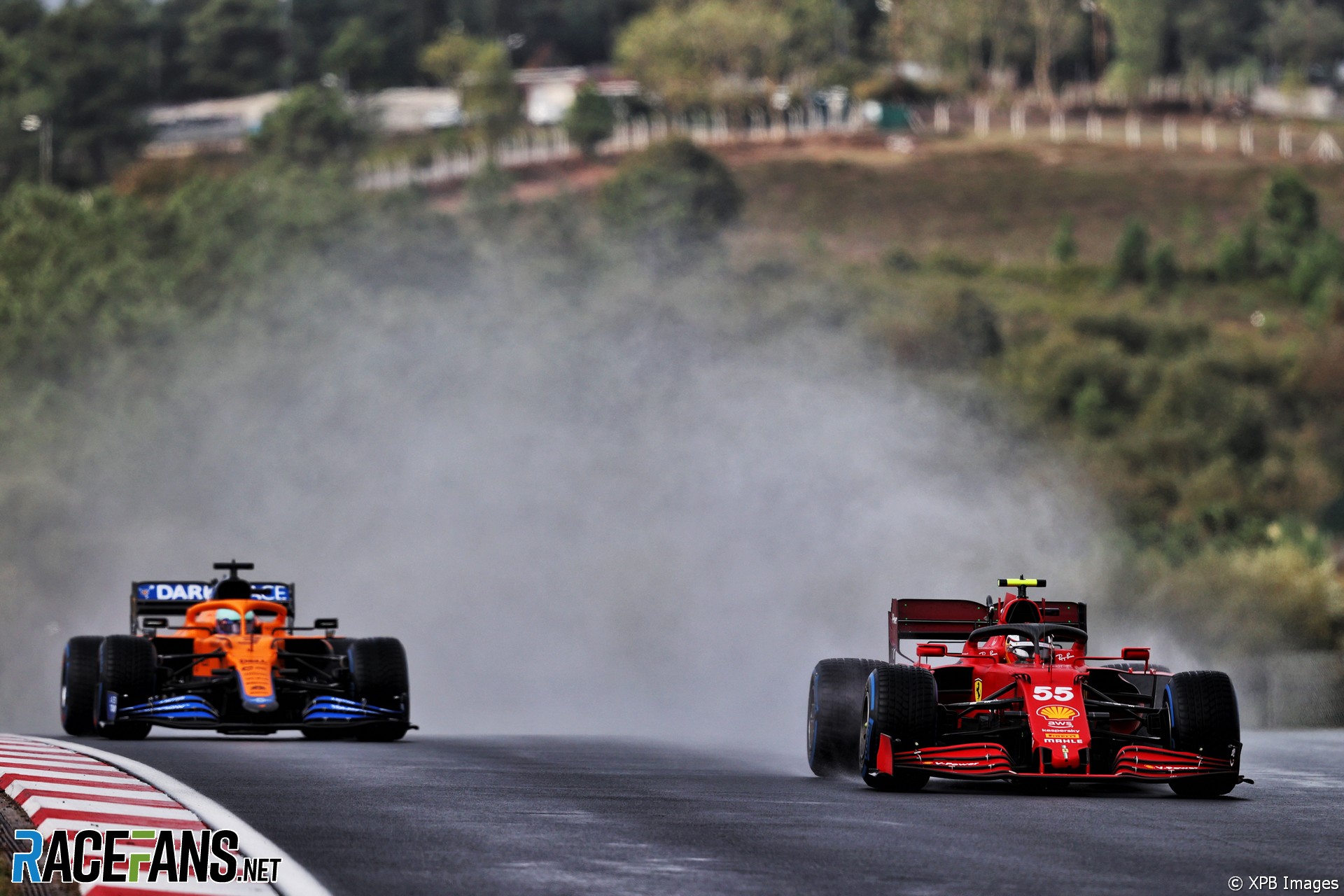 Ferrari believe the power unit upgrade they introduced over the last two races could prove decisive in their close fight for third in the championship with McLaren.

Although McLaren have held third place for much of the season so far, Ferrari cut 10 points out of their advantage at the last round, leaving the two teams separated by just 7.5 with six races to go.

Carlos Sainz Jnr received Ferrari’s power unit upgrade at the last round in Turkey, one race after his team mate. He said the gain could help tip the balance against his former team.

Ferrari brought forward the introduction of the upgrade to give it more time to prepare ahead of the freeze on power unit development which will come into force next year.

“This is what we were looking for since the upgrade was pushed forward and what we hope is going to give us that little edge to try and make the fight a bit more complicated for them,” said Sainz. “We managed to cut 10 points on them which for the points that we are fighting is quite a big cut. So if we keep fighting, six races to go, I think anything can happen.”

“The first object is try to increase our experience in the view of 2022,” said Binotto. “And that’s why we are introducing it as soon as possible, trying to rush in terms of development, taking some risk as well.

“But it’s all a risk assessment because obviously for us it’s key to get mileage on-track and do our own experience before 2022 where the power unit will be frozen. And really for us that was the key and the reason of it.”

“But certainly it’s giving us an advantage and as the drivers said in overtaking, if I look as well as the quali with Charles he was qualifying with the fourth lap time but if I look behind him I think it was very close. I’m pretty sure that’s a couple of positions would have been lost without that specification.”

14 comments on “Ferrari: Power unit upgrade can make the difference in fight with McLaren”