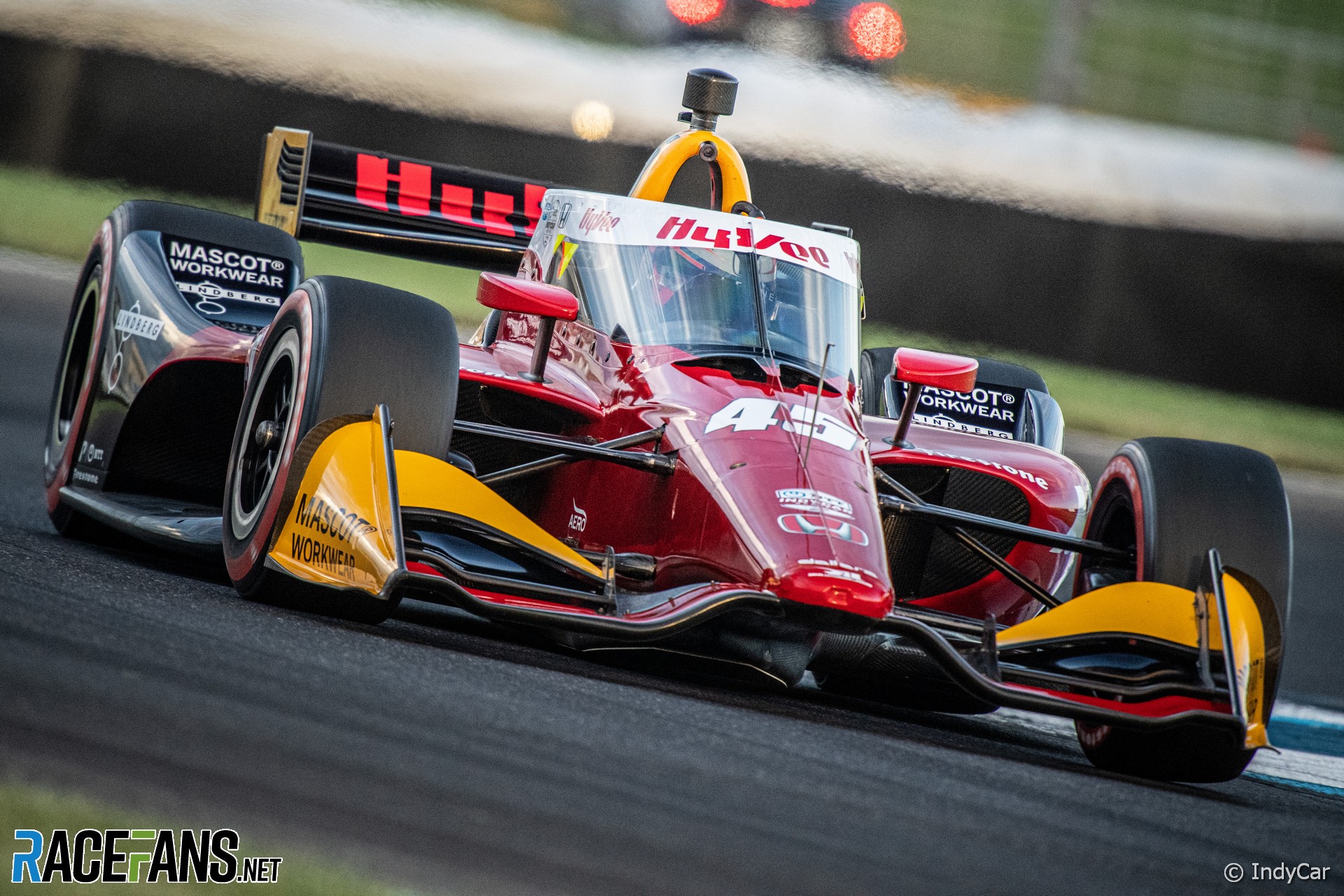 Christian Lundgaard says he saw the opportunity to do “pure racing” in IndyCar after signing to drive for Rahal Letterman Lanigan once he completes his Formula 2 season.

The 20-year-old, who is a member of the Alpine driver academy, faced a lack of shortage of options to progress his career after the end of the season. He said he considered moving into sports car racing before deciding to relocate his career to America.

He has joined ex-F2 racer Callum Ilott in securing a full-time IndyCar seat for next year. With only one place left on the grid for the 2022 Formula 1 season, Lundgaard expects to see more F2 drivers consider moving into IndyCar.

“I’m sure there will be more European drivers coming over here, let’s say, pre-F1,” he said. “Nowadays we’ve seen a lot of ex-F1 drivers come over, but I still believe that it’s something you can take as a step towards F1.

“For me the series is great. Looking at me and Callum, we’ve competed in F2, we know each other, and over here it’s pure racing. I like the racing over here, that’s what attracts me, the racing itself, so I’m definitely positive for next year.”

His team principal Bobby Rahal, a three-times CART champion who started two grands prix in 1978, believes “IndyCar is what Formula 1 used to be, to a large degree.”

“Clearly we don’t have the politics,” he explained. “There’s a lot of things that don’t exist in the IndyCar paddock that exist in the Formula 1 paddock.

“You look at how many really good guys are in F2 who maybe are frustrated now because they can’t make that next step, and yet they’ve kind of proven their abilities.

“If I’m a young guy in Europe I think the potential for my career is much greater here in IndyCar than it is there.

Lundgaard showed his potential in the series by qualifying on the second row of the grid, alongside ex-F1 driver and IndyCar rookie Romain Grosjean, in a one-off appearance for RLL at the Indianapolis Motor Speedway road course. He echoed Rahal’s take on the series.

“What IndyCar is now is probably what I would think F1 was before I was born,” said Lundgaard. “It’s the proper racing I want to do.

“I spoke to some drivers a few days ago that have been in IndyCar and they say here you come, you enjoy, you like driving. But [at] first, when you begin in Europe, you have the proper feeling of racing that you enjoy, but the more you do it you kind of die, the spirit die[s].

“Where for me, over here, it just continues. That’s what I had when I came for the race in August, that this is just so different. It’s a complete new spark that just fired in me, and I wanted to continue with that.

“I think it will. I’m pretty sure it will. IndyCar is the place to be, and I’m perfectly happy with where I am with RLL.”