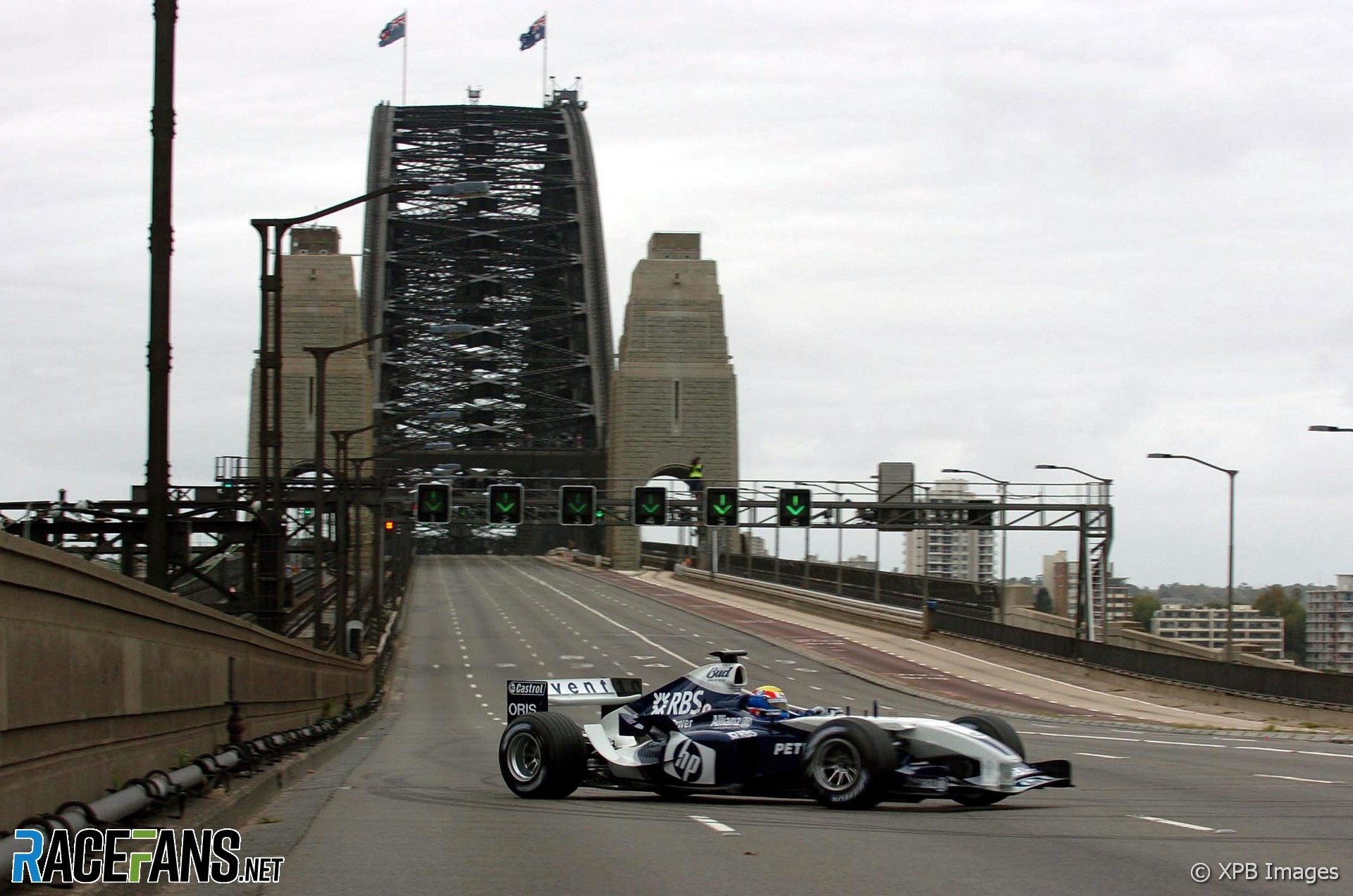 The city of Sydney is considering a bid to replace Melbourne as the home of the Australian Grand Prix.

A local report claims the New South Wales government wants to lure the race away from the Victorian capital as part of its plan to reinvigorate its economy following the Covid-19 pandemic.

Stuart Ayres, the minister for jobs, investment, tourism and Western Sydney, is behind the push to bring F1 to the city for the first time, according to the report by Seven News.

The city already has a permanent road course, Sydney Motorsport Park in Eastern Creek, which previously hosted the short-lived A1 Grand Prix single-seater series. However the local government is thought to favour a street circuit incorporating the city’s famous waterfront.

Mark Webber demonstrated a Williams Formula 1 car in the city in 2005, driving across the Sydney Harbour Bridge (pictured). But the six-lane highway spanning the harbour is not expected to form part of the city’s track plans.

Melbourne’s current deal to hold Australia’s F1 race runs until 2025. It took over from Adelaide as the home of the Australian Grand Prix in 1996. The first world championship race in the country was held in 1985.

Australia’s race was cancelled in 2020 and 2021 due to the pandemic. Teams travelled to the city for last year’s season-opening event, but it was abandoned hours before Friday practice was due to begin, after it emerged a member of McLaren’s team had tested positive for Covid-19.

Melbourne has invested in its circuit, remodelling several corners ahead of this year’s cancelled round, in the hope of improving the quality of racing at the track.