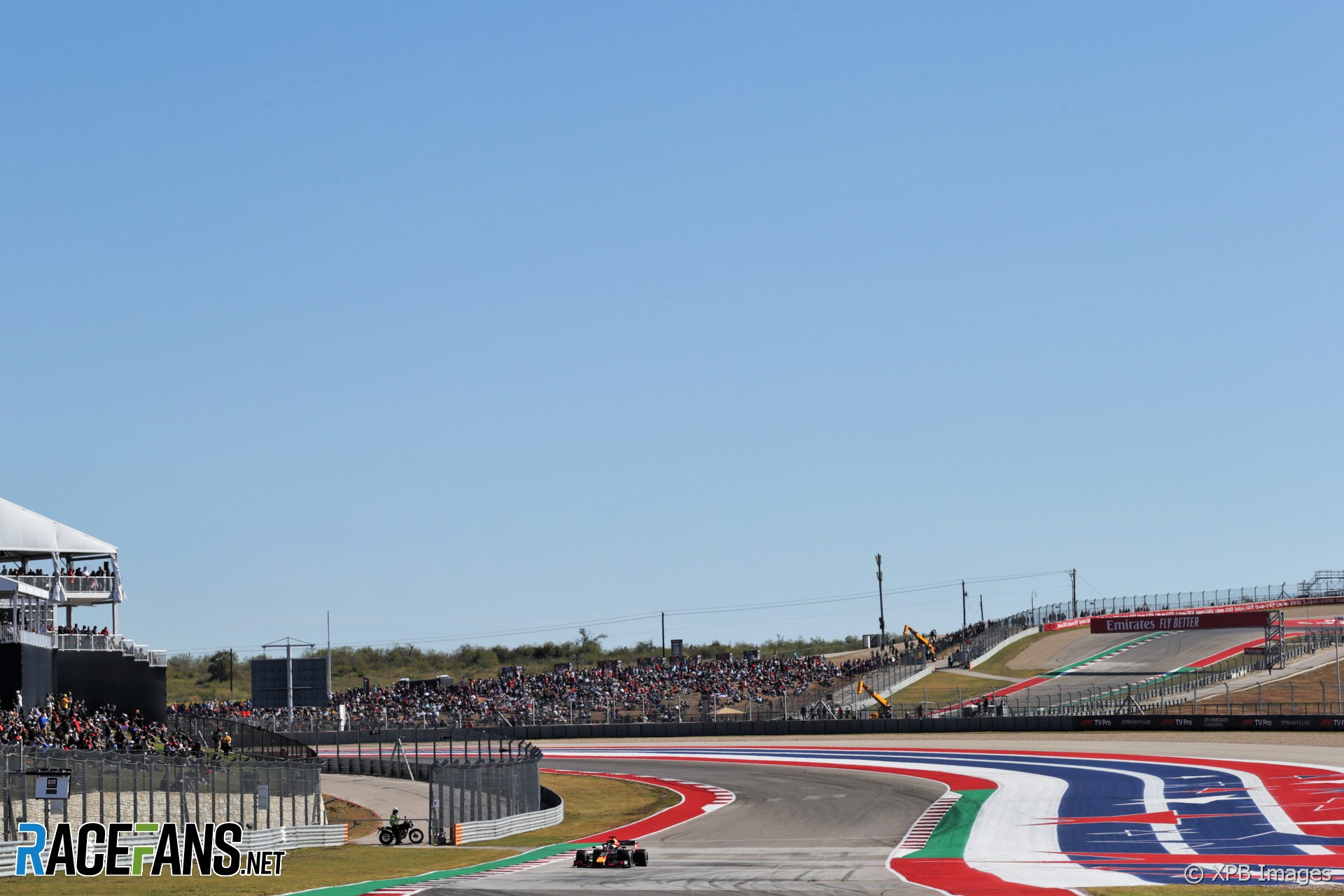 Formula 1 can expect a dry weekend at the Circuit of the Americas with mostly clear skies and warm weather during the United States Grand Prix.

The chance of rain will be fairly low over the whole weekend, especially on Friday when it’s predicted to only be 20%. Friday should be sunny all day, with the possibility of a few clouds in the afternoon but primarily clear skies.

Friday and Saturday will be at the same heat range, with an ambient high of 27C and the temperature not expected to fall below 18C at any point. This should push track temperatures comfortably passed the 30C mark.

Qualifying could be significantly more overcast than any of the practice sessions, with relatively heavy cloud cover expected for Saturday afternoon but still no more than a 20% chance of rain.

Sunday will be cloudier than any other time of the weekend and has a higher chance of rain arriving. Although no heavy outbursts are expected, there’s a possibility of unsettled weather and occasional showers from the afternoon onwards, perhaps early enough to fall before the chequered flag.

Air temperatures on race day will rise to 30C, with a consequent increase in track temperatures too. That will increase the demand on the tyres, which take a lot of punishment through the fast and twisty first sector.

Wind speeds will remain about the same over the whole weekend, with maximums of 10kph. Although that isn’t especially high, with many rapid changes of direction at the beginning of the lap, plus the rapid right-hander of turns 16 to 18, cars can be particularly sensitive to gusts – as was famously the case for Nico Rosberg in 2015.

The wind direction is also expected to change quite significantly during the weekend. It will come from a north-easterly angle on Friday, giving a tail wind at the end of the long straight into turn 12. That will change for Saturday and Sunday, when drivers can expect a more southerly breeze and consequent headwind down the start-finish straight.