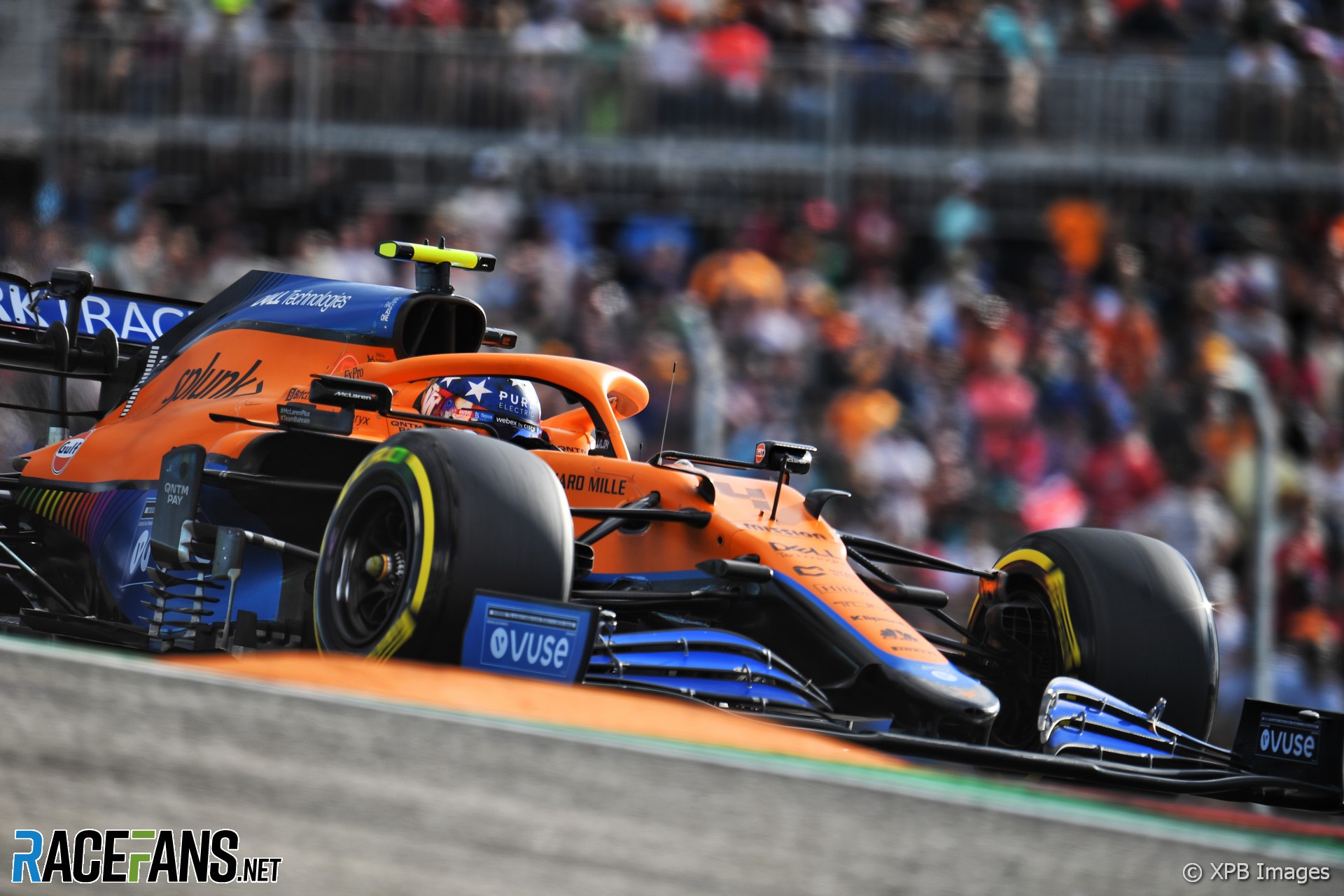 Formula 1 drivers have been given new guidance on track limits ahead of today’s United States Grand Prix following an alteration to the kerbs at the first corner.

The orange kerb at the exit of turn one has been removed. Drivers have therefore been told they will have their lap time invalidated if they run wide at that corner.

Similar restrictions are already in force at the exits of turn nine and 19. Drivers will be shown the black and white flag if the run wide a total of three times at any of these corners during the race. All three infractions do not have to occur at the same corner for the driver to be reported.

If a driver commits a further track limits violation after being shown the black-and-white flag they will be reported to the stewards.

This is the second adjustment which had been made to the track limits restrictions at the Circuit of the Americas this weekend. Yesterday drivers were warned not to cut inside the red and white kerb at turn six. However violations at this point on the circuit are not counted towards the ‘three strikes’ which can lead to a sanction.

The removal of the exit kerb at turn one follows an incident in the second W Series race today. Fabienne Wohlwend’s car was launched into the air after she ran over one of the kerbs. Wohlwend continued but later retired from the race with apparent suspension damage.