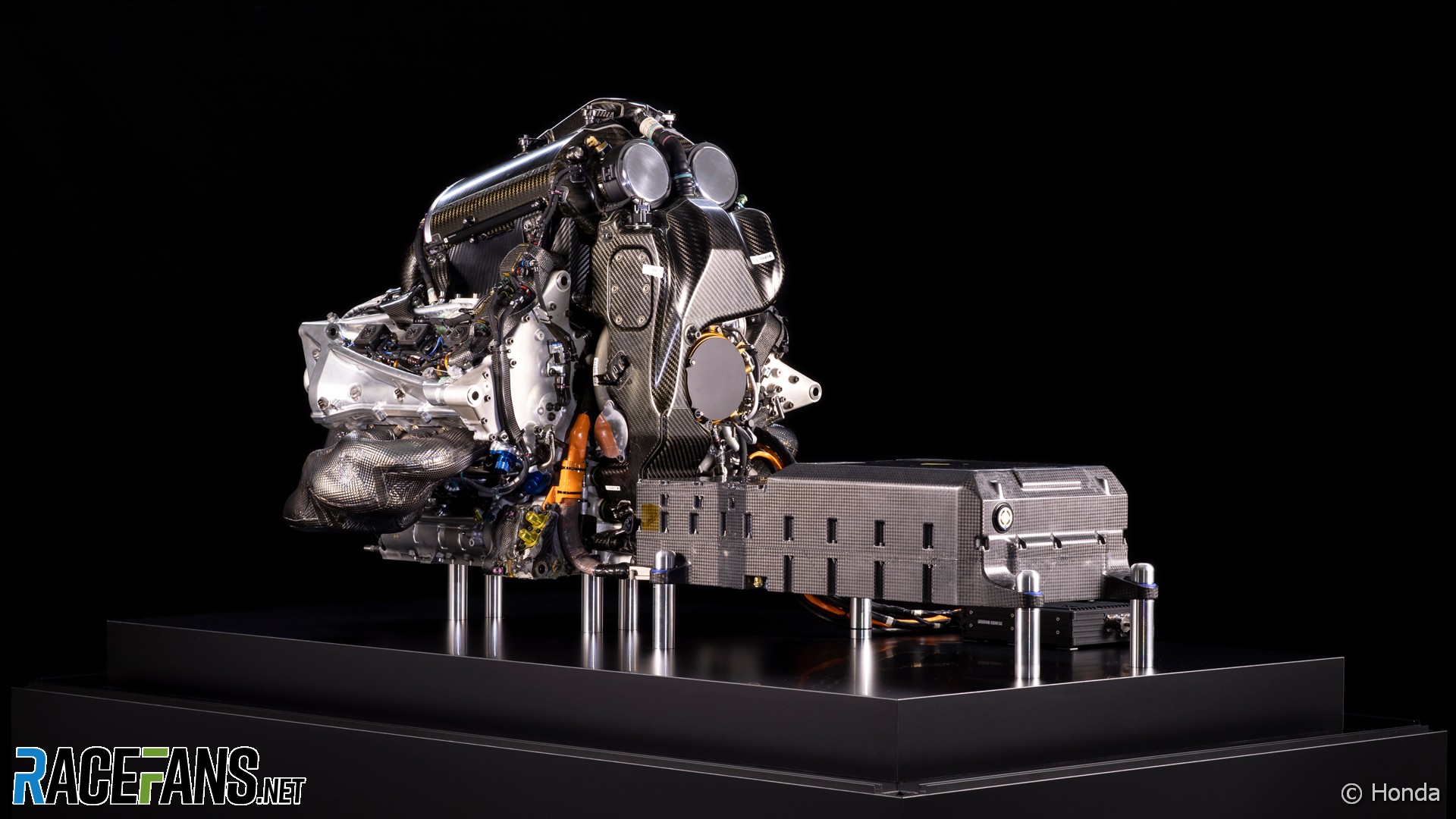 Formula 1 will introduce new graphics to promote the sophistication of its hybrid power units at the next round of the championship in Brazil.

“We are going to start actually to remind all of us who we are,” Domenicali told Sky. “We have today, since 2014, the most efficient hybrid engine and this is something that we need to remember.

“That’s why you will see, for example, in Brazil, we’re going to have a new logo just to remind us who we are because sometimes it’s easy to crucify someone without knowing exactly what it’s doing.”

F1 power units achieved 50% thermal efficiency in 2017, meaning more than half of the energy in the fuel its engines uses is converted into power. This makes them significantly more efficient than typical road car engines, including hybrids. RaceFans understands the series intends to promote the power units as the world’s most efficient engine.

The series previously announced plans to introduce a fully synthetic fuel formula in 2030 which will drastically cut its emissions. Domenicali said they plan to introduce the same fuel into junior categories as well.

“I believe and we believe that we can offer an alternative solution to […] this trend of electrification,” he said. “The objective we have is to have a drop-in fuel that we can offer to the world [for] the billions of cars that are all around the world.”

“I do believe that we are much more current to focus on this priority for us, offering to OEMs [original equipment manufacturers] and to the world something that will be very beneficial and very effective with the right price in order to be serious.”