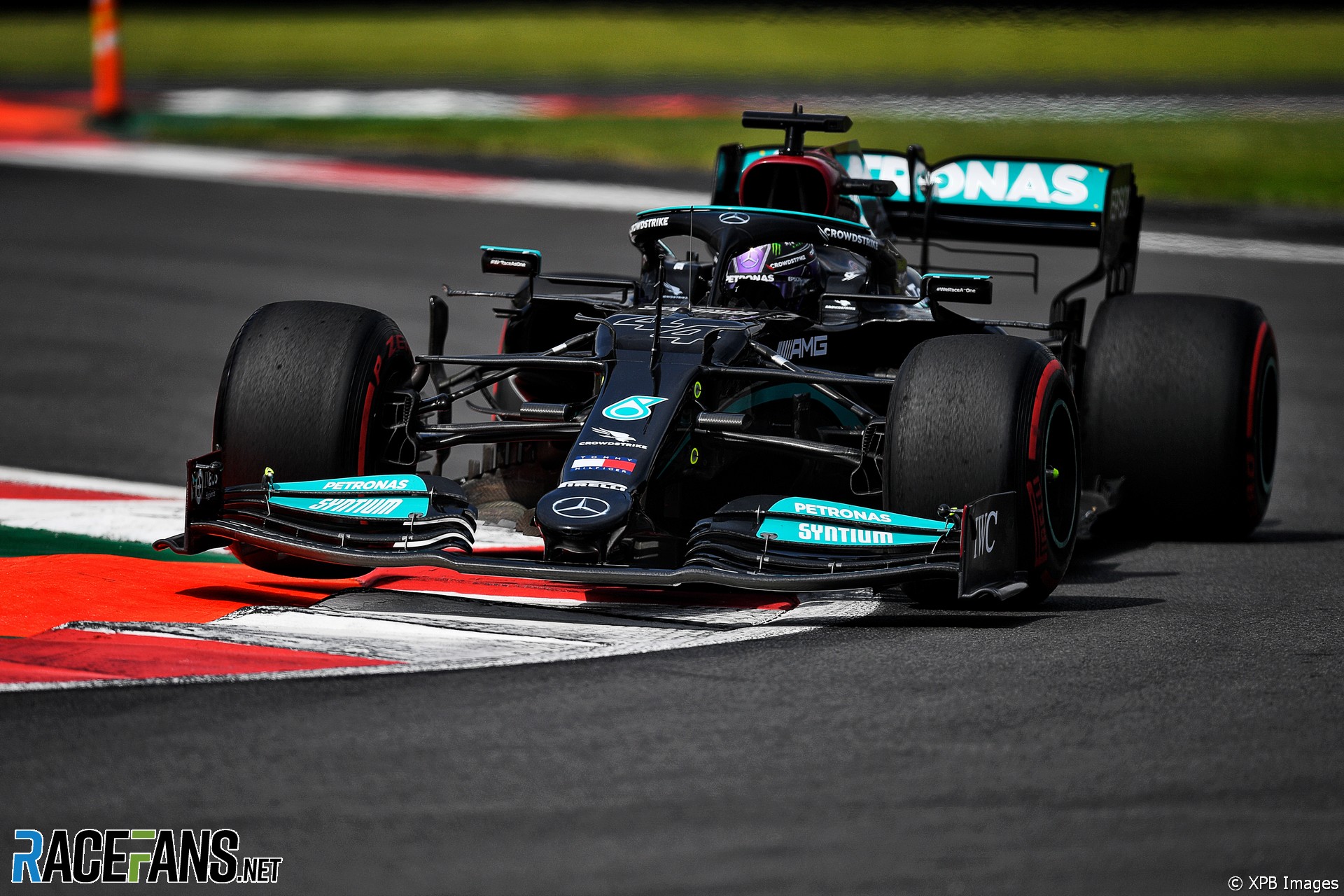 Lewis Hamilton admitted he was surprised Mercedes beat Red Bull to lock out the front row of the grid for the Mexico City Grand Prix.

Having languished six tenths of a second off the pace of the Red Bulls in final practice, Mercedes beat both of their rivals in qualifying. Valtteri Bottas claimed pole position, three tenths of a second faster than Max Verstappen, with Lewis Hamilton in between them.

Hamilton said he had “no idea” how Mercedes had turned the tables on their rivals. “They were six tenths ahead at some stage and then four tenths ahead,” explained Hamilton.

“But whatever happened, once we got to qualifying all of a sudden we had better pace. I’m just as shocked as everyone, but we’ll still take it.”

Despite making several changes to his car over the weekend, Hamilton said he wasn’t happy with its handling in qualifying. “No matter what we did to try and improve the car, we couldn’t really close that gap much,” he told Sky.

“So it was a real shock. I’m grateful, though, of course. I was quite happy with the car in P3 and we just made some small tweaks, and then in qualifying it was was really not nice to drive.

“That’s frustrating because you work so hard, I was with the engineers […] I maybe need to spend less time in engineering because it seemed to make it worse.

“But then I just struggled out there. All of a sudden, the car, I had a lot of lock-ups, so I had to make a lot of changes on my steering wheel, which I haven’t had to do all weekend. So a weird one, but hopefully tomorrow will be better.”

10 comments on “Hamilton: ‘We thought there was no way we’d get pole’”