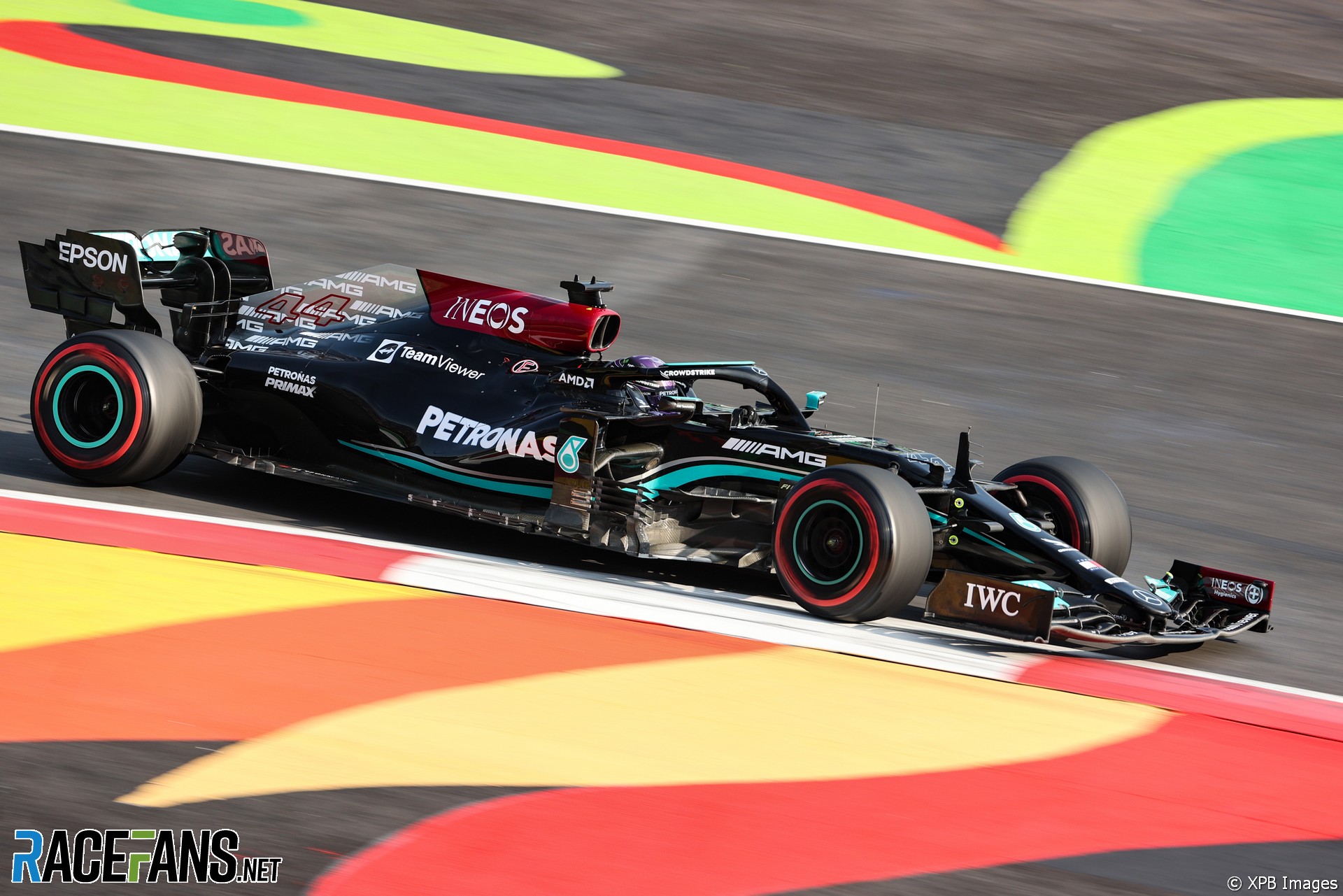 Formula 1 teams are weighing up whether to risk using one of their cars to provide a slipstream for the other in today’s qualifying session for the Mexico City Grand Prix.

The Autodromo Hermanos Rodriguez is dominated by a series of long straights, including the enormous sprint to turn one, and co-ordinating their cars to share the benefit of a slipstream during qualifying could prove highly beneficial.

There are potential downsides, however, as McLaren team principal Andreas Seidl acknowledged. “That’s something we tried today,” he said on Friday evening at the track. “We have to work out now tonight what’s the best strategy for tomorrow’s qualifying and then we have to see how that goes.

“It’s a short lap, also there’s a lot of traffic always as well, so not easy to time also all the time. And as we have seen in the past many, many times it’s always important to not try to be too clever or to orchestrate too much, because it can also go the other direction quickly.”

Other teams have done the same in recent races, but typically in circumstances where they know one of their drivers’ starting positions will be compromised by a penalty.

“We’ve done that a couple of times this year but it was very much when we knew one of the drivers was going to have some sort of grid penalties,” said Ferrari’s sporting director Laurent Mekies when asked by RaceFans. “I think otherwise it’s probably quite difficult to get right around here if you are treating your drivers on an equal basis, and that’s the case for us here. So, I don’t think there will be any great games between our drivers this weekend for that.” Alfa Romeo team principal Frederic Vasseur said much the same.

Lance Stroll and Yuki Tsunoda will both have to start from the back due to power until penalties, so Aston Martin and AlphaTauri may press them into service to ensure their team mates claims places in Q3. George Russell, who is expected to have a gearbox change and subsequent penalty, may also have to do the same for Nicholas Latifi. But all of the penalised drivers will want to avoid making it as far as Q3 themselves, as they would then have to start the race on old tyres.

Among the title contenders, Red Bull team principal Christian Horner said he doesn’t see the need to do the same with his drivers. “I think at this venue you’ve got as big a chance of screwing it up as getting it right,” he said.

“It’s not something that we’ve pursued previously here and I think that both drivers will focus on doing the best qualifying they can without tripping over each other or having the potential to trip over each other so that’s a process we will stick to.”

The practice times indicated Red Bull hold the upper hand on one-lap pace over Mercedes, with the midfield some distance behind. For Mercedes, a well-timed tow for Lewis Hamilton may give them a vital opportunity to prevent a Red Bull front row lock-out which would severely limit their tactical options in the race.

Although the Mercedes pair led the first practice session, the lap times were significantly quicker in second practice where Red Bull led the way. As well as the significant improvement in track conditions between the two sessions, Horner believes engine modes again contributed to Mercedes’ strong start to the weekend.

“We can see that they ran a little bit higher power on their performance laps and it’s a trait that we saw them do in Austin a couple of weeks ago,” he observed between yesterday’s two sessions.

Bottas set the morning’s fastest time during a seven-lap stint where he was clearly doing cool-down runs in between. He then put in two back-to-back runs of relatively quick laps, over six-lap stints, which there was no sign of in the considerably messier second practice.

However, Verstappen’s own six-lap run of race pace was several tenths per lap quicker than Bottas’ even during the morning session and his twelfth race-pace lap in a second practice long run was over a second quicker than Bottas’ sixth, during first practice. Some of that can be accounted for by track evolution and not knowing fuel loads in the cars but does point to a significant advantage to Red Bull, beyond qualifying simulation times.

The gap in those between Bottas and Verstappen is over four tenths – and between Hamilton and Verstappen more than half a second – but if Mercedes do have the capacity to turn up the wick on Saturday afternoon that could account for a significant qualifying gain.

Comparatively, some other gaps between rival teams are much clearer. Alpine had a relatively good morning session, both cars finishing in the top 10. AlphaTauri ended up with only Pierre Gasly there, although Yuki Tsunoda wasn’t nearly as far adrift as he has been, only just outside in eleventh – quite impressive for a driver who has never been to Autodromo Hermanos Rodriguez before, especially as he spent a lot of the session at the sharper end of the times.

By the afternoon session, however, that situation was reversed. AlphaTauri use the same Honda power unit as Red Bull and if they couldn’t quite draw out the same distance that Verstappen had over Bottas, Gasly was still three-tenths quicker than Alonso could muster.

On the other hand, at least one AlphaTauri – Tsunoda, during what’s otherwise been an incredibly strong weekend for him – will start from the back of the grid due to penalties. Team principal Franz Tost said that there had been no choice, “because the other power unit ran out of mileage” but that he “personally would have preferred Sao Paulo because I’m a little bit worried about the the climate situation here in Mexico, but the engineers think that this was the best choice which we could make.”

McLaren had a difficult day, by all accounts, while their rival for third in the constructors had a much better one. Ferrari were optimistic coming into the weekend, while Lando Norris said McLaren had not expected their pace to be as bad as it was. Neither Norris nor Daniel Ricciardo made the top 10 of times in either practice session, while both Charles Leclerc and Carlos Sainz were fixtures in the upper half of the times, Sainz best of the rest bar Mercedes and Red Bull in second practice.

Norris is the only Mercedes-powered driver not to have taken on additional power unit elements yet. A poor qualifying performance might trigger a change, if parts are available, but if the McLaren can get into or close to Q3, given their Friday struggles that could be the team’s best hope of points.

However the performance picture could shift significantly on Saturday as the track conditions continue to improve. First practice was very dusty and dirty and by second practice, as more rubber was laid down and a cleaner line emerged, lap times fell. However turn 12 remained slippery due to an oil spillage in a support event.

“It’s a question of going with the circuit as it rubbers in, as it cleans up because it’s not used a great deal,” said Horner. “That’s going to be going to be a key factor.”