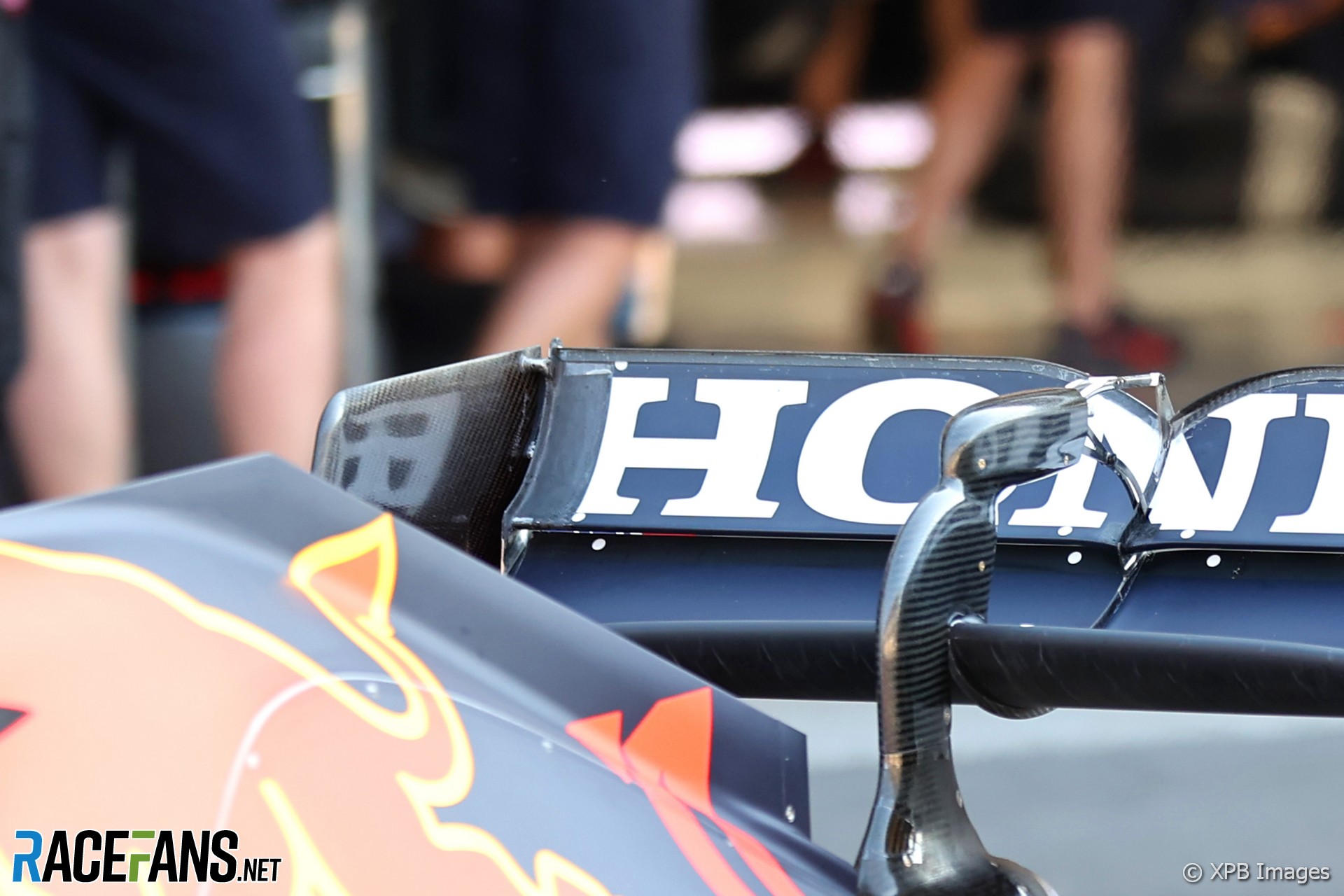 Max Verstappen doesn’t believe changes to his Red Bull’s rear wing ahead of qualifying was the reason why he failed to take pole position.

Red Bull were emphatically quickest in the first practice session, six-tenths of a second ahead of rivals Mercedes. However they also experienced problems with their DRS and strips of tape appeared on their rear wings during qualifying.

“We had to repair them but when we went into qualifying everything was like normal,” said Verstappen “It’s not ideal but I don’t think it was the reason why it was a bit of a struggle for us in qualifying.”

Verstappen qualified third on the grid behind the two Mercedes drivers. His final lap was compromised when two drivers ahead of him went off: Yuki Tsunoda slid wide and Sergio Perez joined him.

“It seemed like through qualifying the balance went away a little bit,” Verstappen explained. “But actually the last lap, I was on for a good lap, but then I don’t know what happened in front of me but there were two guys going off. I thought there was going to be a yellow flag so I backed out and then the lap is, of course, destroyed.

“Even with having that and not having a great balance, I think we still could’ve gone for that pole lap. Of course third is not amazing but I think it’s still better than starting second.”

“Qualifying didn’t go our way but we’re not using these tyres anyway tomorrow so still a lot to fight for,” he added.