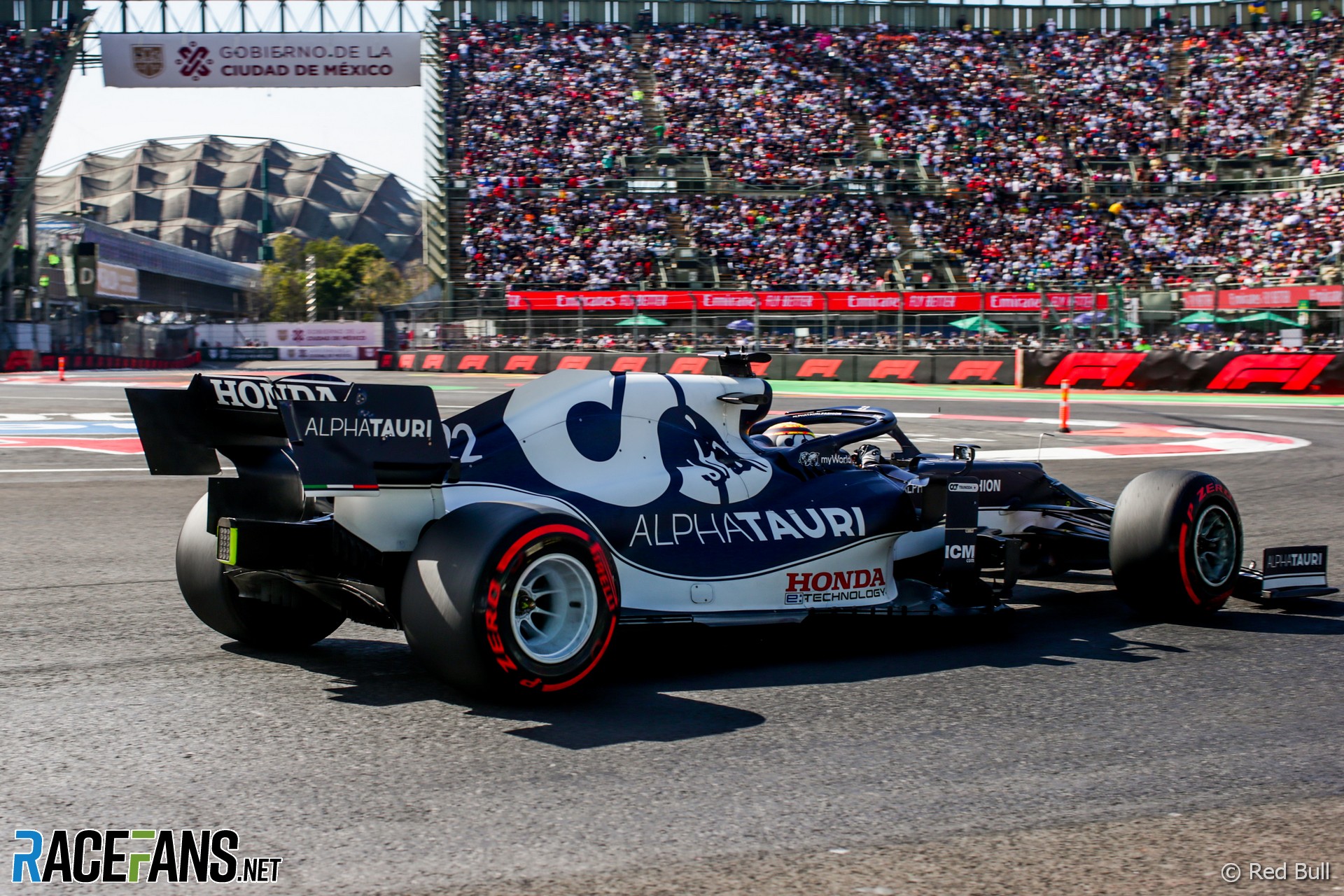 Red Bull team principal Christian Horner said his drivers were “Tsunoda’d” after Max Verstappen and Sergio Perez’s final laps in Q3 were disrupted when they encountered the AlphaTauri.

Tsunoda moved off the track at turn 11 when he was caught by Perez. However, the Red Bull driver also went off at the same corner. And Verstappen, the next car on the scene, backed off as a result.

Tost insisted his driver had done nothing wrong and moved out of the way as soon as he was warned that Perez was closing on him.

“We said to him on the radio that the Red Bulls are coming and he just go[es] off the track [so] that they could pass easily,” Tost explained. “And Perez followed him. It’s not Yuki’s fault.”

“He didn’t make a mistake,” Tost stressed. “He did it deliberately. We said to him, the Red Bulls are coming, Perez is coming, and he deliberately went to the side not to disturb them or not to be in front of them.”

However Perez said he went off because he lost downforce when he caught Tsunoda. “I got Yuki going through the high speed and once you have a lack of downforce here in the high speed, you’re off,” he said.

Tsunoda went into qualifying knowing he would start from the back of the grid due to a power unit penalty. Perez questioned why he was participating in Q3 under the circumstances.

But Tost pointed out the team did stand to gain from Tsunoda reaching Q3, including ensuring he out-qualified Lando Norris, who was also running in Q3 despite having the same penalty. “He gave some tow to Pierre,” said Tost. “As easy as that.

“And we want to be in front of Norris right now. So two [reasons] why he was out.”