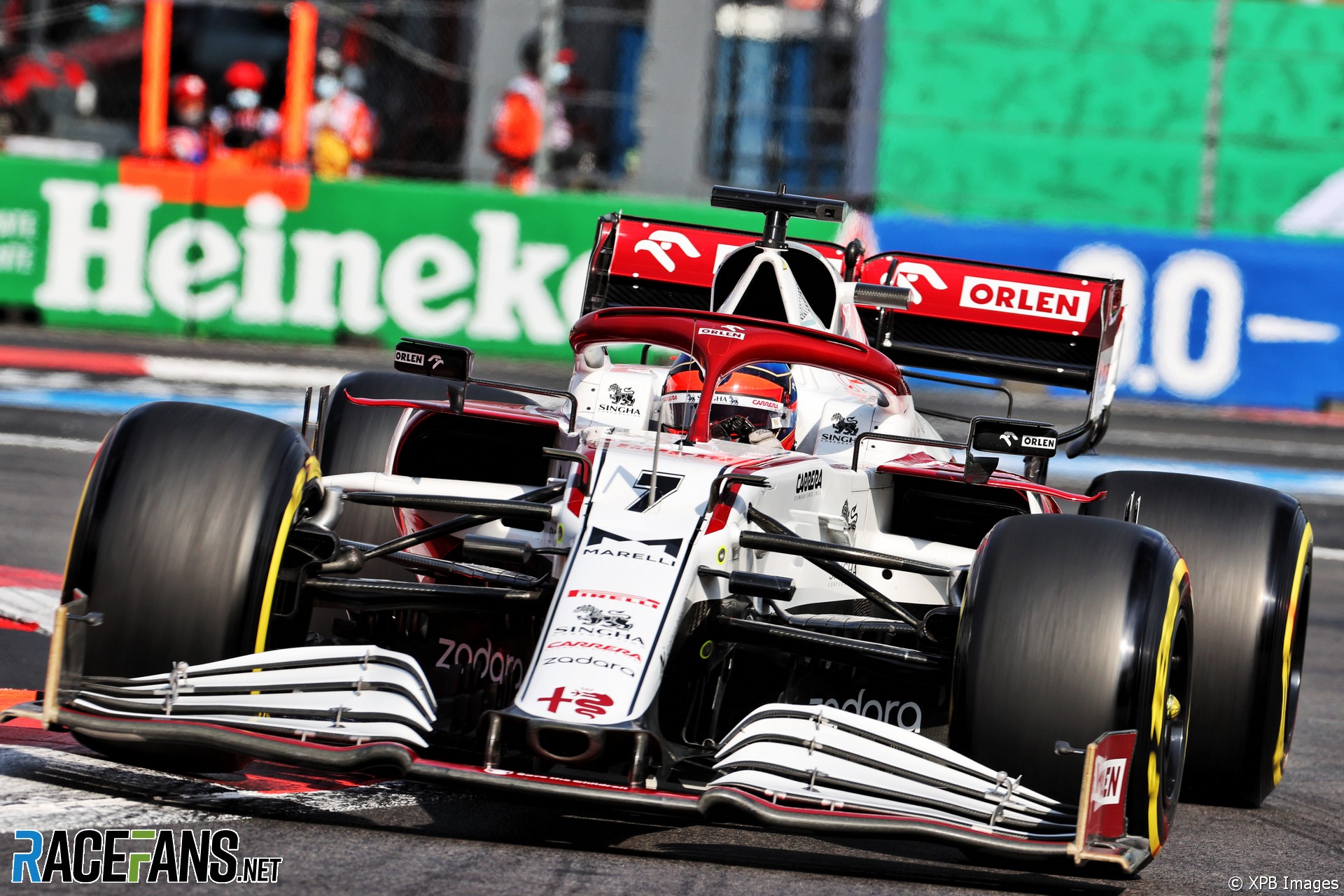 Kimi Raikkonen has collected his second reprimand of the weekend in Mexico for an infringement during qualifying.

The Alfa Romeo driver was deemed to have breached the FIA’s code of conduct for driving on circuits when he drove into the pit lane by crossing the painted area after the bollard, then drove back onto the track without entering the pits.

The incident occured when Q1 was red flagged following Lance Stroll’s crash at the final corner. At the time, Raikkonen was near the pit lane entrance. The session was red-flagged as he passed the area.

After speaking to Raikkonen the stewards issued him a formal reprimand. “Car seven [Raikkonen] entered the pit lane after the bollard and then re-crossed the painted area and re-joined the track,” the stewards explained.

“The stewards determine that this is a breach of the FIA Code of Driving Conduct on Circuits and a failure to follow the race director’s instruction given in article 19.3 of the Event Notes. Accordingly, they impose a reprimand on the driver.”

Raikkonen fell foul of the race director’s instruction which state that “except in the cases of force majeure (accepted as such by the stewards), the crossing by any part of the car, in any direction, of the painted area between the pit entry and the track, by a driver who, in the opinion of the stewards, had committed to entering the pit lane is prohibited.”

Yesterday Raikkonen was given a reprimand for a track limits violation. If he collects a third reprimand at any point over the remaining races he will automatically receive a 10-place grid penalty.

The stewards also cleared the two Williams drivers after investigating the pair for pit exit infringements when qualifying resumed following Stroll’s crash. Both drivers pulled out of their pits but were unable to join the queue of cars in the fast lane as others were already there.

“The stewards accept the team’s explanation that, unless they are first to move to the fast lane, the positioning of their garages which are located at the end of the pit lane makes it impossible for their cars to join the end of the line of cars already there.

“The stewards also accept that it is difficult for the driver, having moved out of his garage, to determine exactly where he should filter into the line of cars once they start to leave the pit lane. In these circumstances, and considering that no unsafe situation was caused in this instance, the stewards determine that no further action is appropriate.”