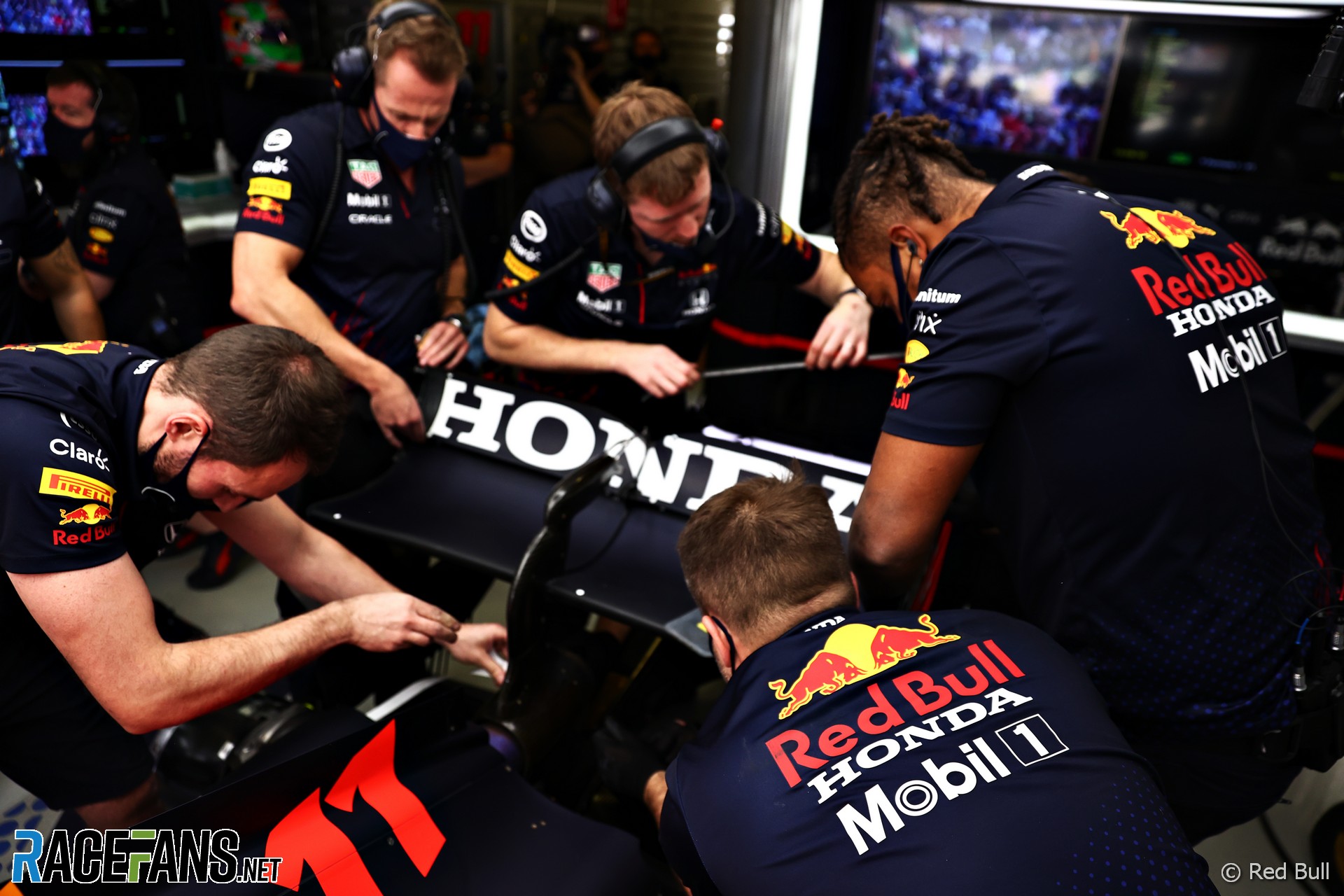 Red Bull are confident the rear wing fatigue concerns that prompted repair work prior to qualifying will not be a factor in the Mexican Grand Prix.

Max Verstappen’s rear wing had a strip of black masking tape applied to it prior to the start of qualifying, with Sergio Perez having his rear wing replaced also.

Verstappen later confirmed that his wing had been “cracked” after final practice on Saturday morning, where Red Bull set the pace. “So we had to patch them up and basically they were like new to start qualifying.”

Following their strong practice showing, Red Bull were beaten to pole position by Mercedes. Sergio Perez said his car lacked the same performance in qualifying they had in practice.

“The car was never the same as in FP3,” said Perez. “We took a step back from what we did in FP3. I think we had to change the rear wing as well.”

Perez admitted that team’s concerns over the rear wing had been “something obviously that stayed on my mind” during qualifying, but accepted there was little he could do about the matter.

“I just tried to do my best with what I have. It’s a bit of a shame, but I think there is still a long race ahead of us and anything can happen.”

Team principal Christian Horner is confident that the team have addressed any concerns about the integrity of the rear wing.

“I think the guys [will] have a good look at it tonight, but I think the modification that’s been done has addressed any concerns,” Horner told Sky on Saturday.

“We were just concerned about a bit of fatigue that we’d seen, nothing serious, but we just wanted to take no risk on it.”