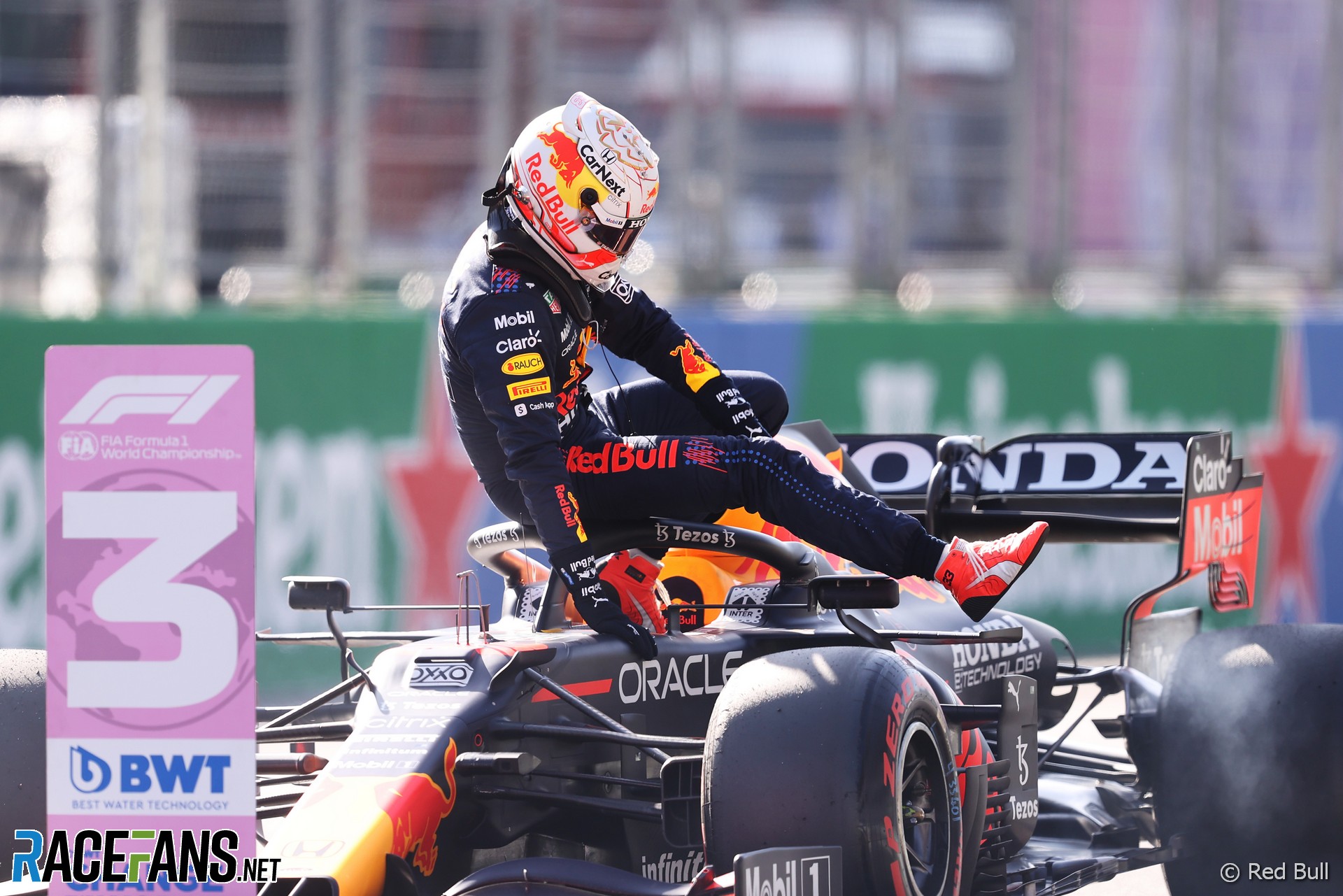 Mercedes team principal Toto Wolff doubts the Red Bull drivers would have taken pole position from Valtteri Bottas if they hadn’t been forced to abort their final qualifying laps.

Max Verstappen and Sergio Perez backed out of their final efforts in Q3 after encountering Yuki Tsunoda at turn 11. An unhappy Red Bull team principal Christian Horner said his drivers had “been Tsunoda’d”.

However Wolff said neither Red Bull driver was on course to beat the time which earned Bottas pole position for Sunday’s Mexico City Grand Prix.

“I think at that stage, sector one and sector two, they were behind,” he said. “I think it was something like two tenths, or two and a half tenths.”

Red Bull’s defeat in qualifying came as a surprise after they led the final practice session at the Autodromo Hermanos Rodriguez by six-tenths of a second.

“We were all surprised,” Wolff admitted. “It was pretty obvious that Max would take pole, and that it would be a fight between us and Checo for the other positions.

“Then we could see that qualifying really came towards us. On the medium [tyres] we started really to outperform them. And at no point in Q3 they had they had a lead, on none of the laps. Also I believe that in the last lap they were behind.

“That makes the sport for me so fascinating, that from one session to the other, performance can swing. We’ve seen it to our detriment in Austin and now it has happened to our advantage here in Mexico.”

However Max Verstappen believes he could have got close to Bottas’ time had he been able to finish his lap, as his first run in Q3 had not been quick.

“Before that, we were struggling somehow with just getting the tyres to work. On the mediums it wasn’t too bad but then on the softs going into Q3, it just didn’t click in the first run. It just was a terrible lap, just no grip.

“So I knew, of course, there was a lot more in it if we could find a better balance with the tyres. And it was a little bit better in the final run and it was definitely on for a good lap and challenge Valtteri’s time.”