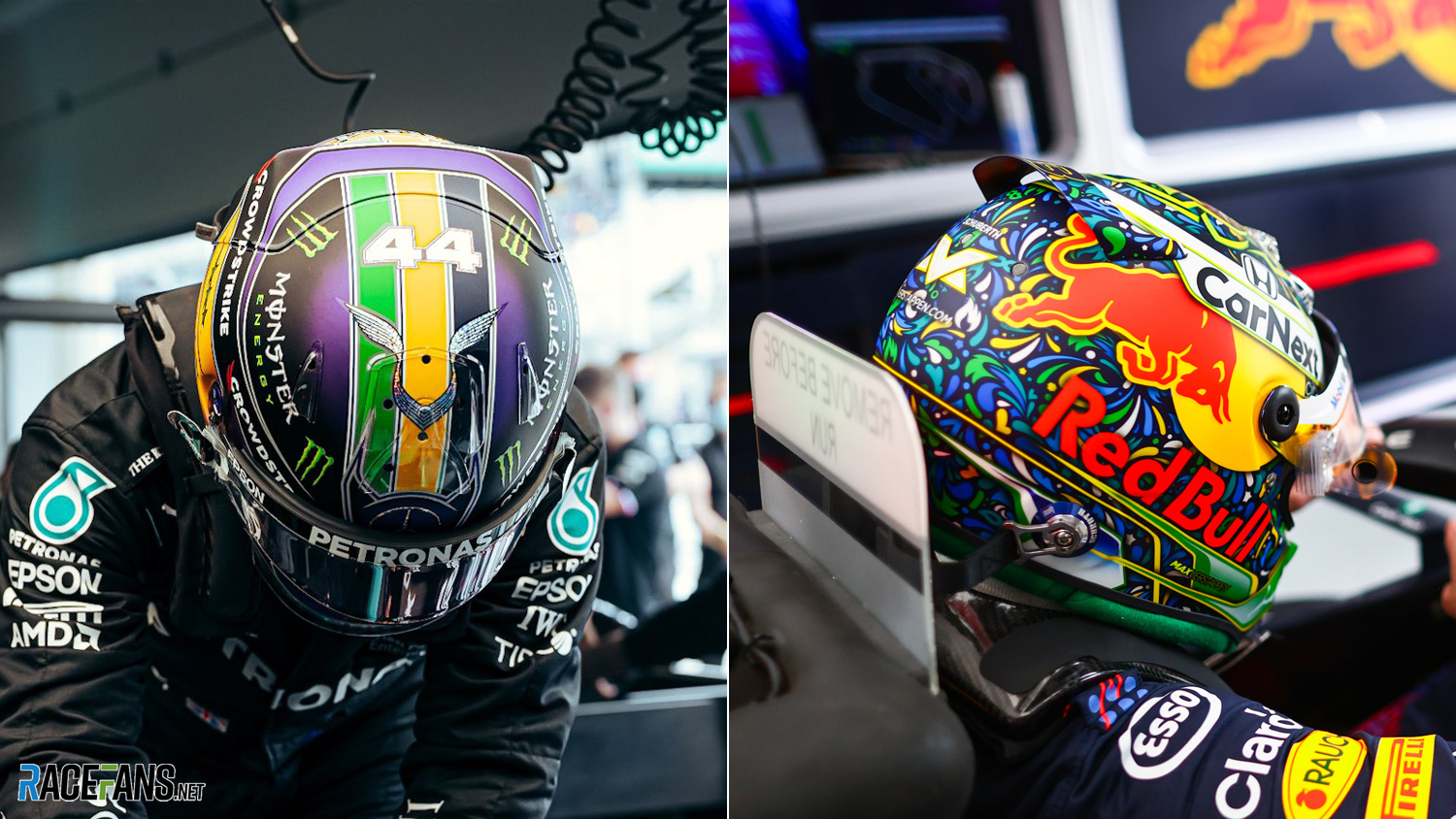 He has also been a fan of great Brazilian racer and Sao Paulo native Ayrton Senna since he was young. Hamilton described Senna as “my greatest inspiration” in a social media post ahead of the race weekend.

“It was the way he raced, his passion for life and for the sport,” said Hamilton. “But more than anything it was the way he faced alone a system that wasn’t always kind to him. May Ayrton Senna’s legacy live on forever, especially vibrant this weekend.”

Max Verstappen, who won the last Formula 1 race at Interlagos in 2019, and nearly won the race the year before, is also wearing a special design to show his appreciation for the country.

“It’s a tribute to the passion for F1 in Brazil and I hope you all like it as much as I like racing here,” he said.

Verstappen’s father Jos made his grand prix debut at the track in 1994.

Valtteri Bottas also has an appropriate new look on his helmet for a country known for its coffee production. “First I drink the coffee then I do the things,” reads the message on the reverse of the espresso enthusiast’s latest lid.