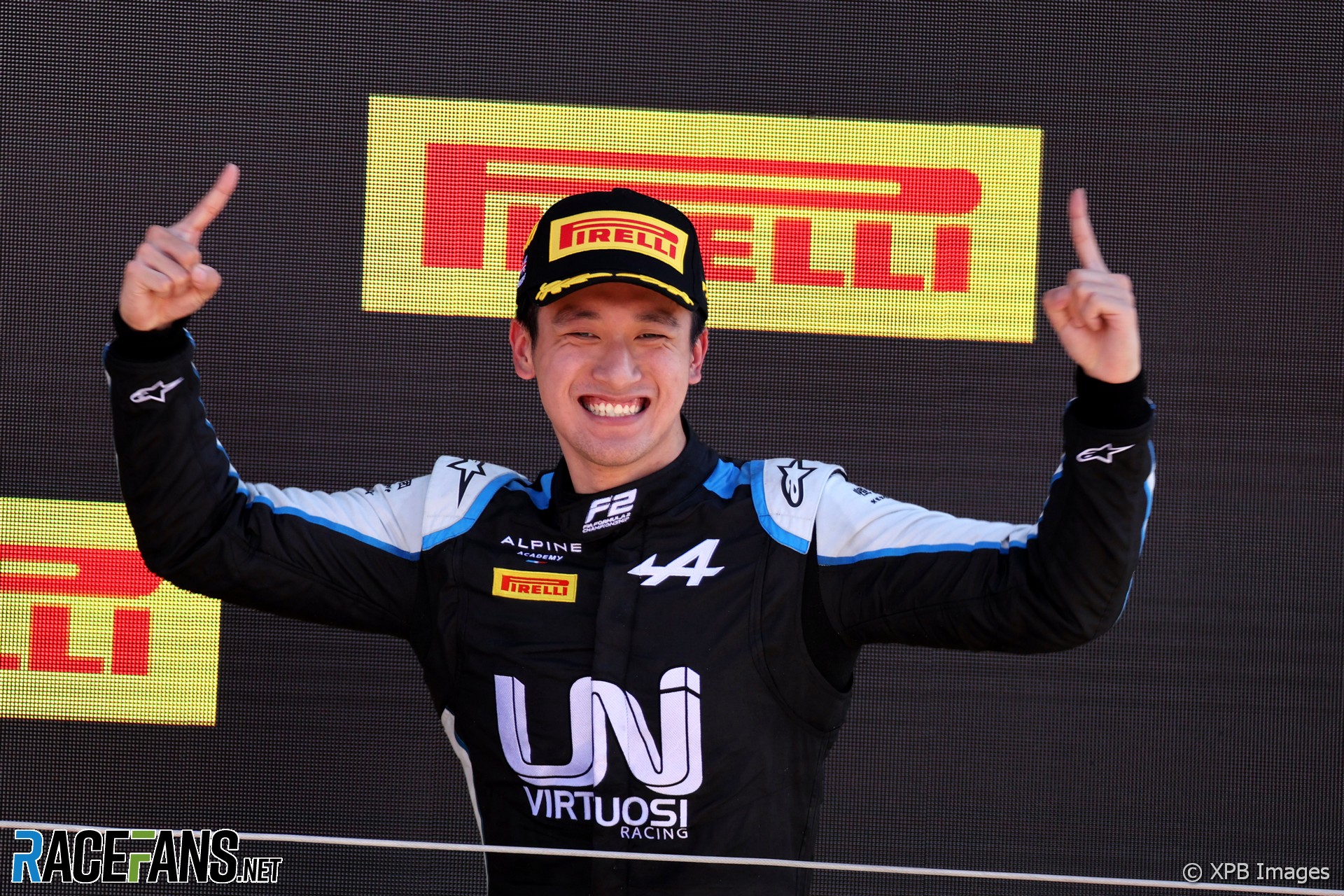 Alfa Romeo has confirmed the long-expected news Guanyu Zhou will make his Formula 1 race debut for the team next year.

The immediate question arising from Zhou’s impending exit from the Alpine Academy is what future that programme has. That’s not because the only way one of their juniors could make it into F1 was via a rival – although that is a continuing concern – but more the fact that Zhou’s financial contribution to the private test programme Alpine conducts for he and his fellow juniors will now disappear.

In the short-term that’s not a big loss, given the limited relevance a three-year-old Renault F1 car is going to have to the new generation of machinery F1 will introduce next year. But it was an element that enticed drivers to Alpine and now is likely to be heavily reduced in scale. That’s going to hurt in the long-term, particularly in preparing their next wave of juniors.

There will be a trickle-down effect of Zhou’s switch to Alfa that’s positive in other ways though, primarily from the fact he’s actually broken through into F1 racing.

He is no doubt going to attract more Chinese competitors to motorsport, whether it be in the grandstands, on the racetrack or as sponsors. As a high-fashion individual he promises to have the same cross-market appeal of soft masculinity that Lewis Hamilton has mastered. And the fact that he’s a young driver with wins at every level he’s competed in who has been able to break into F1 is still a positive, even if it is money that’s helped him displace Antonio Giovinazzi, who lamented the “ruthless” turn of events on social media this morning.

The bargaining power of experience is arguably increased when a new rule set is introduced to F1, although at the same time it can put everyone back on a more level starting point, so Alfa has taken a big risk by being the only team to sign a rookie going into 2022.

What are the attributes and previous results that suggest Zhou’s up to the task of developing a brand new car next season, which he can’t even sample in the simulator until the new year as he’s contracted to Alpine until the end of the season?

The first is his ability to improve, and to do so when it matters. After two seasons of middling results in the FIA European Formula 3 championship, he began 2018 under a fair bit of pressure with the best team on the grid.

He delivered, however, starting the season with a maiden victory, and on the demanding, narrow streets of Pau no less. All four of his team mates finished considerably ahead of him in the standings, but out of them only champion Mick Schumacher claimed more pole positions (after a late-season upswing in pace which prompted suspicions).

At the halfway point of the season Zhou was 24 points off the championship lead, after a Spa-Francorchamps weekend which had started with brilliant pace and a pole but ended with a puncture and two collisions with Schumacher. That cost him enough points that he otherwise would have been championship leader, in a talent-packed grid that included 2021 IndyCar champion Alex Palou and Super Formula star Sacha Fenestraz.

But Zhou went from being 29 points clear of Schumacher to 162 behind in the season’s second half. Having those title prospects fade in F3 showed he needed to raise his standard to match those same rivals in Formula 2.

That’s exactly what he did. Zhou was a rookie sensation alongside the experienced Luca Ghiotto at Virtuosi, taking fastest lap on his debut, pole at Silverstone – among the most high-bravery tracks of them all – and netting five podiums to finish higher in the standings than he had in F3.

He’s stuck with Virtuosi since, claiming a first win in 2020 and currently lies second in the 2021 standings with three wins. Zhou took such a dominant pole for last year’s opening round that there was genuine anticipation of a walkover by him, but that wasn’t to be.

Expectations were therefore lowered this year, following a season where on average he had been third fastest in qualifying but only 12th on race pace. He’s risen above them and lies second in the standings, 36 points behind Oscar Piastri, with 130 available.

It’s been a smaller improvement, but this time it was responding to the critics as openly as possible, rather than what he’s done at the wheel, that helped his F1 hopes.

30 comments on “Do the gains Zhou has made in Formula 2 show he’s ready for Formula 1?”