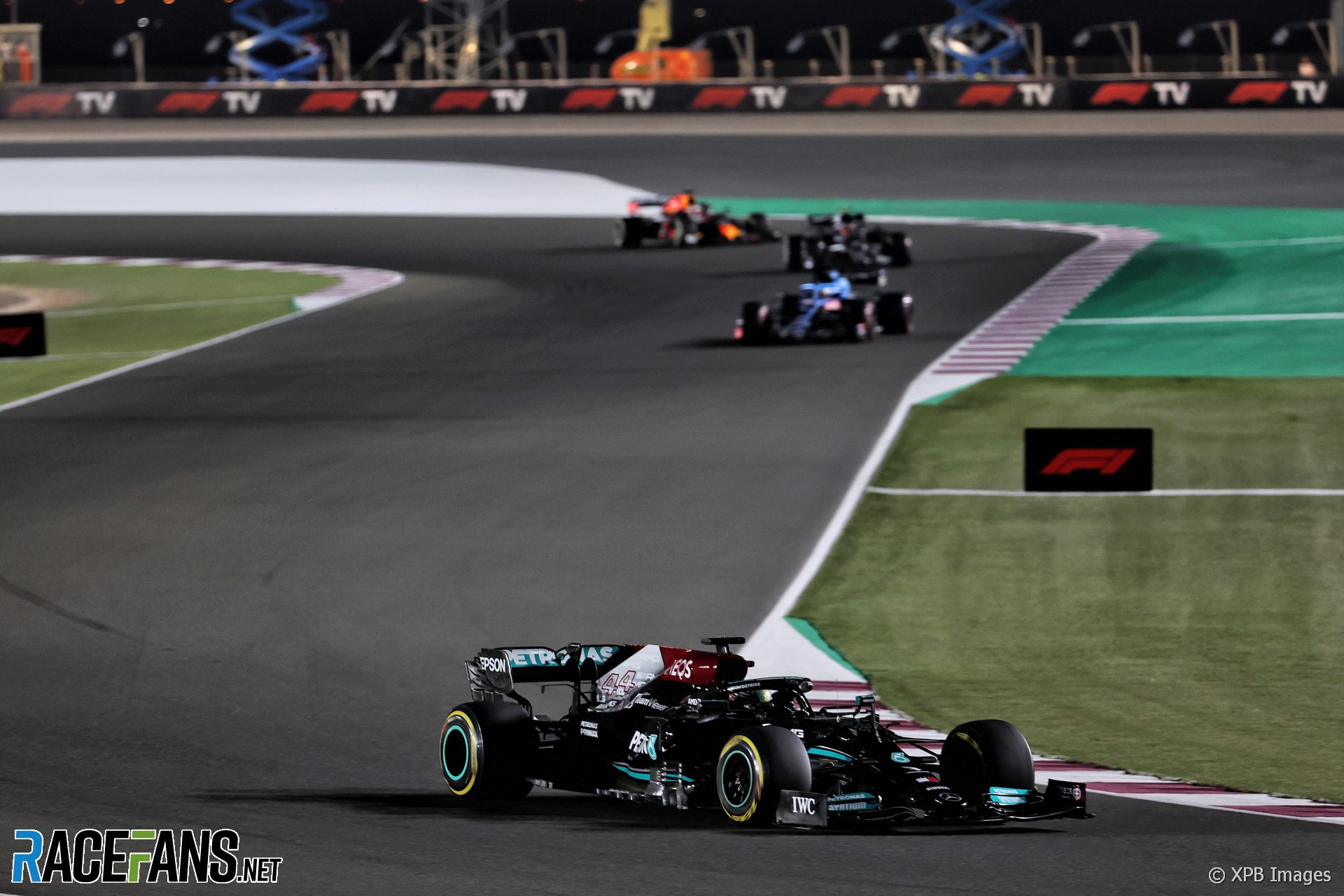 Lewis Hamilton won the 2021 Qatar Grand Prix for Mercedes ahead of Max Verstappen and Fernando Alonso.