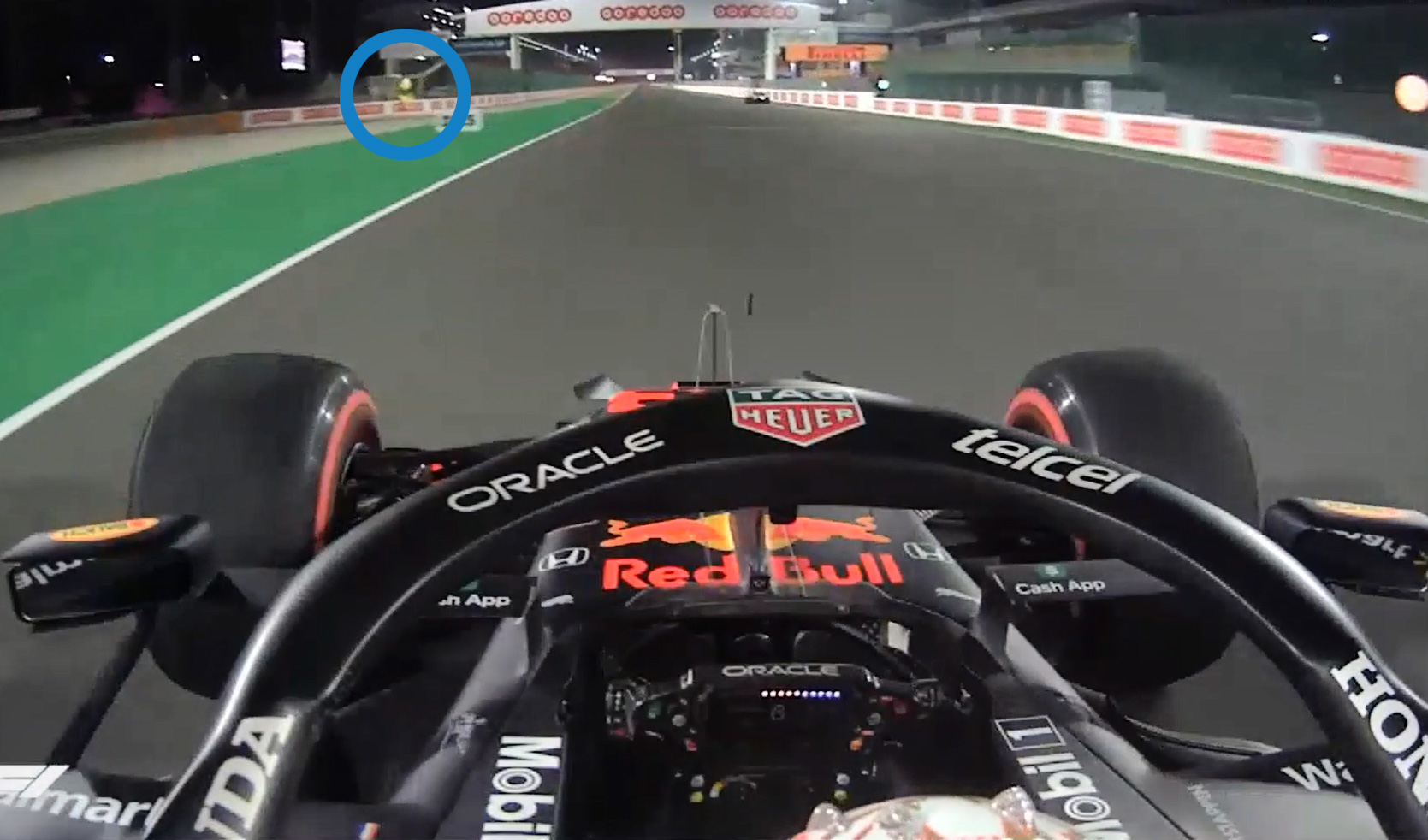 Red Bull team principal Christian Horner said a “rogue marshal” has delivered a massive blow to Max Verstappen’s championship chances after his driver was handed a grid penalty for the Qatar Grand Prix.

Verstappen originally qualified second on the grid alongside pole-winning championship rival Lewis Hamilton. However he has been relegated to seventh after receiving a five-place grid drop for failing to respond to double waved yellow flags.

The incident occured after Pierre Gasly stopped by the side of the track, triggering yellow flags. Race control then decided to cancel the yellow flags. The electronic systems were duly cancelled, but flag marshals opposite Gasly’s stationary car continued to wave their flags.

Horner was unimpressed by the decision to penalise his driver. “I think it’s just a rogue marshal that’s stuck a flag out and he’s not been instructed to by the FIA,” he told Sky. “They’ve got to have control of their marshals, it’s as simple as that because that’s a crucial blow in this world championship for us. Now starting P7 at a track you can’t overtake at, that is massive.”

“What’s frustrating is that the race director has said ‘get on, it’s fine, it’s a safe track, finish your laps’, effectively, by turning off the yellow,” Horner added. “So all the GPS, all the signals that we have saying ‘track is safe’, even the slippery surface is gone so there’s nothing to communicate to the driver.”

Carlos Sainz Jnr was cleared of the same infringement after initially failing to slow for the yellow flags, then backed off when he saw Gasly’s car.

“The other one I really don’t understand is Carlos Sainz,” said Horner. “He’s done exactly the same thing, he hasn’t seen it and driven straight past, gone past with DRS open, fully planted, and he’s lifted about 10 metres before the line and that’s okay.”

The Red Bull boss called for changes to how F1’s warning flags are managed following the incident. “I think there needs to be some grown-ups making grown-up decisions,” he said. “Just having binary, somebody sticks a yellow flag out, it’s just frustrating.

“I think the race director should have control of the circuit. He’s the referee at the end of the day and otherwise anybody, you get a marshal that decides to stick a yellow flag out, how does that work?”