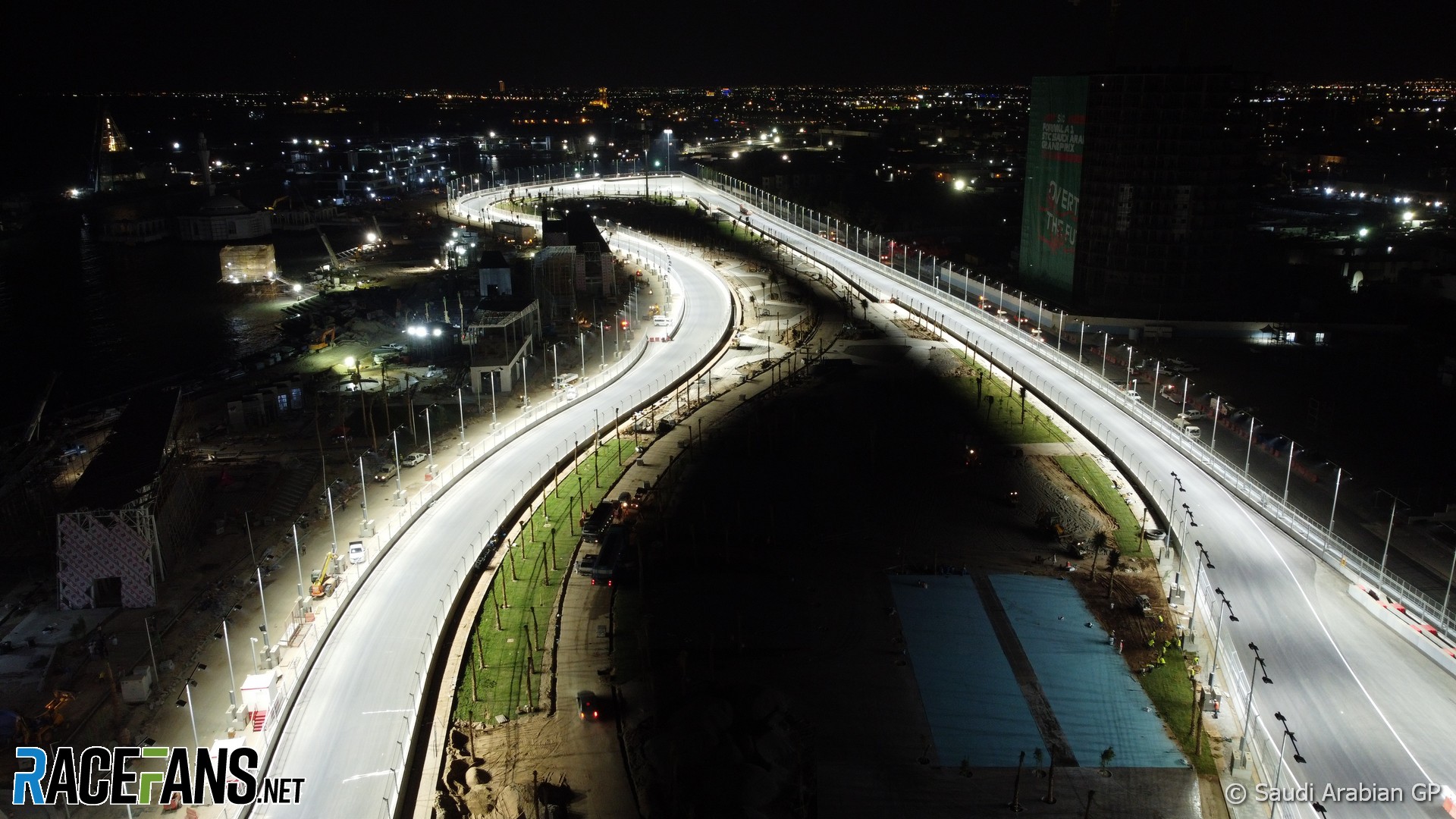 Construction of the new Jeddah Corniche Circuit will be completed within a few days according to the promoters of the Saudi Arabian Grand Prix, which is due to take place at the track in two weeks’ time.

New photographs show the extent of the construction work on the 6.1-kilometre temporary course which will hold the country’s first Formula 1 race.

The track’s construction, which began just seven months ago, involved 37,000 tons of asphalt 600,000 tons of cement, 30,000 square metres of bricks and 1,400 tons of glass. Seven grandstands will overlook the circuit and the track is fully illuminated to allow the race to take place after nightfall.

The event promoters said 3,000 on-site contractors from 50 different countries participated in the construction. “All work was carried out according to detailed and robust Saudi Arabian labour laws, guaranteeing the protection of the rights of workers on-site including the limiting of working hours in direct sunlight,” they stated.

“No F1 circuit has ever been constructed in a shorter period,” they added. “More importantly, this achievement was accomplished under the strictest health and safety conditions, with millions of man-hours of work taking place on site with no serious incidents.”