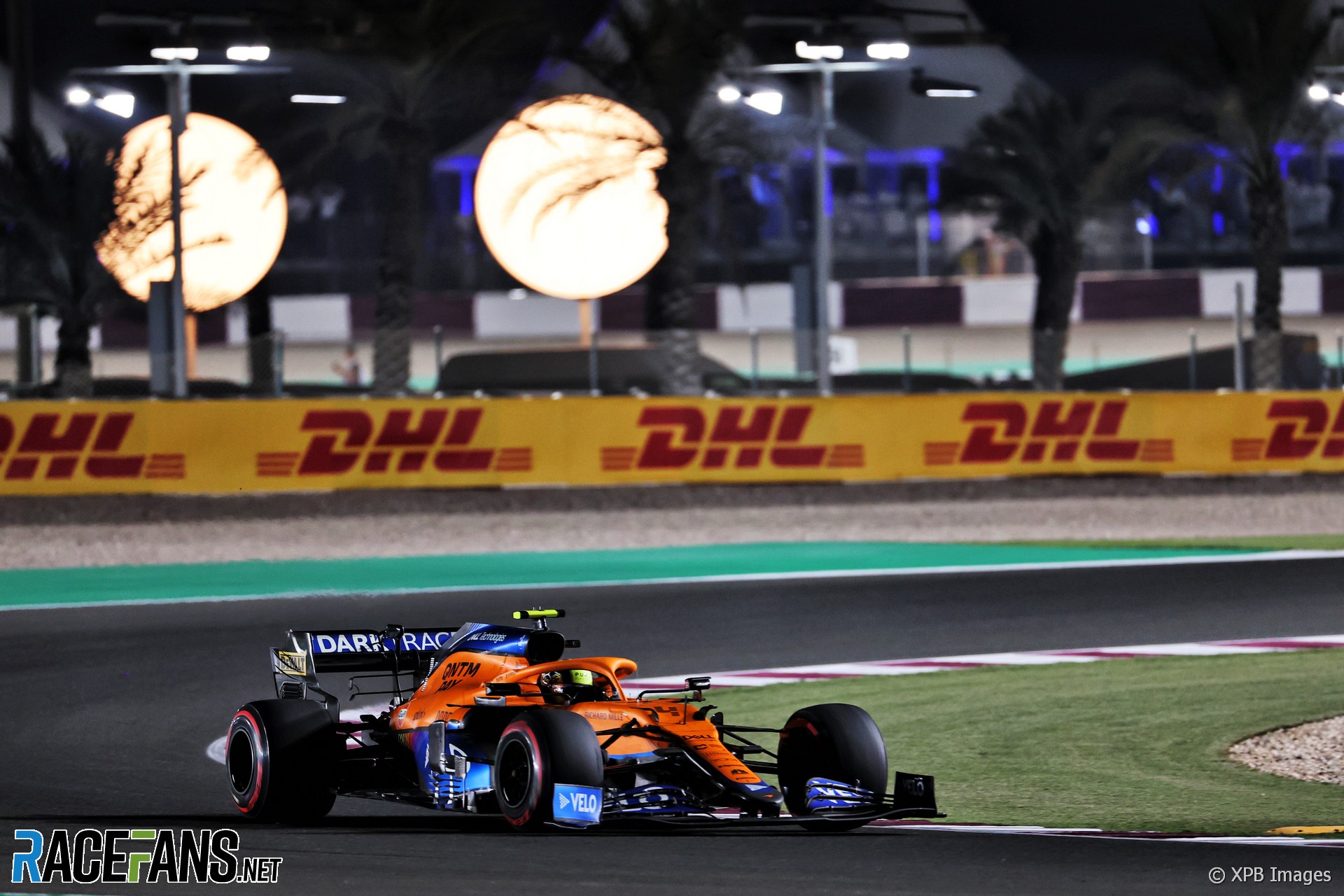 Lando Norris said the sudden punctures he and other drivers experienced the Qatar Grand Prix were potentially “dangerous” and urged tyre supplier Pirelli to “make the tyres better.”

The McLaren driver was running in fourth place when he suffered a front-left tyre puncture on lap 49 and was forced to pit. He was running on a set of hard tyres which had done 24 laps at the time.

Asked what could have caused the unexpected failure Norris said: “It’s obvious what it is. I just can’t say it.”

The compound which failed on Norris’ car came was the hardest Pirelli supply for any F1 round. Norris said it should have lasted longer before failing.

“You don’t expect the tyre to blow up,” he said. “Especially not on the hard tyre, we weren’t even that far into the stint.

“Every track, you look after the tyres because the tyres wear out a bit. But you don’t expect it to suddenly let go completely.”

Norris said the failures were “quite dangerous” and “just shouldn’t happen”. All four drivers avoided crashes and some were able to finish the race. But, Norris pointed out, “if there was a wall there it could have been much, much more dangerous.”

“They should make the tyres better,” Norris continued. “It’s dangerous for us as drivers, right? So we risk a lot every time.

“If we just can’t drive a Formula 1 car around the circuit, then what can you do? I didn’t even do a very long stint – 20 laps, 25 laps, whatever – I should still be able to drive the circuit.”

The failure on Norris’ car occured on a weekend in which McLaren were poised to cut into rival Ferrari’s championship lead for the first time in four races.

He said that McLaren had strong race pace around Losail. “I was very happy about that and I could push a lot with the car and we should have been P4. I think if we’d got everything right, maybe we could have challenged for P3, but that’s a challenge, it’s Fernando [Alonso] in P3, so I don’t expect an easy overtake if I tried.

“But we should have a lot more points than Ferrari today and at least got something back. I know they are a long way ahead and even further away now. But they did that because they deserved it and they were their own performance. But when you have days like today, there’s just nothing you can do and it just really sucks.”

George Russell, another of the four drivers to suffer punctures, believes his occured because of how hard he had been pushing to compensate for Williams’ lack of pace.

Russell also had “no warning” of the failure but said “to be honest, we actually anticipated that, prior to the race.”

“But the reason for it is because we just didn’t have enough pace today. The high-speed corners where you need to manage, the corners leading onto the straights, the guys were already right behind me up in the high-speed corners. So if I managed anymore, they would have just overtaken me, regardless.

“So nothing to be disappointed about regarding the puncture. It was just a factor of just not having enough speed around the rest of the lap.”