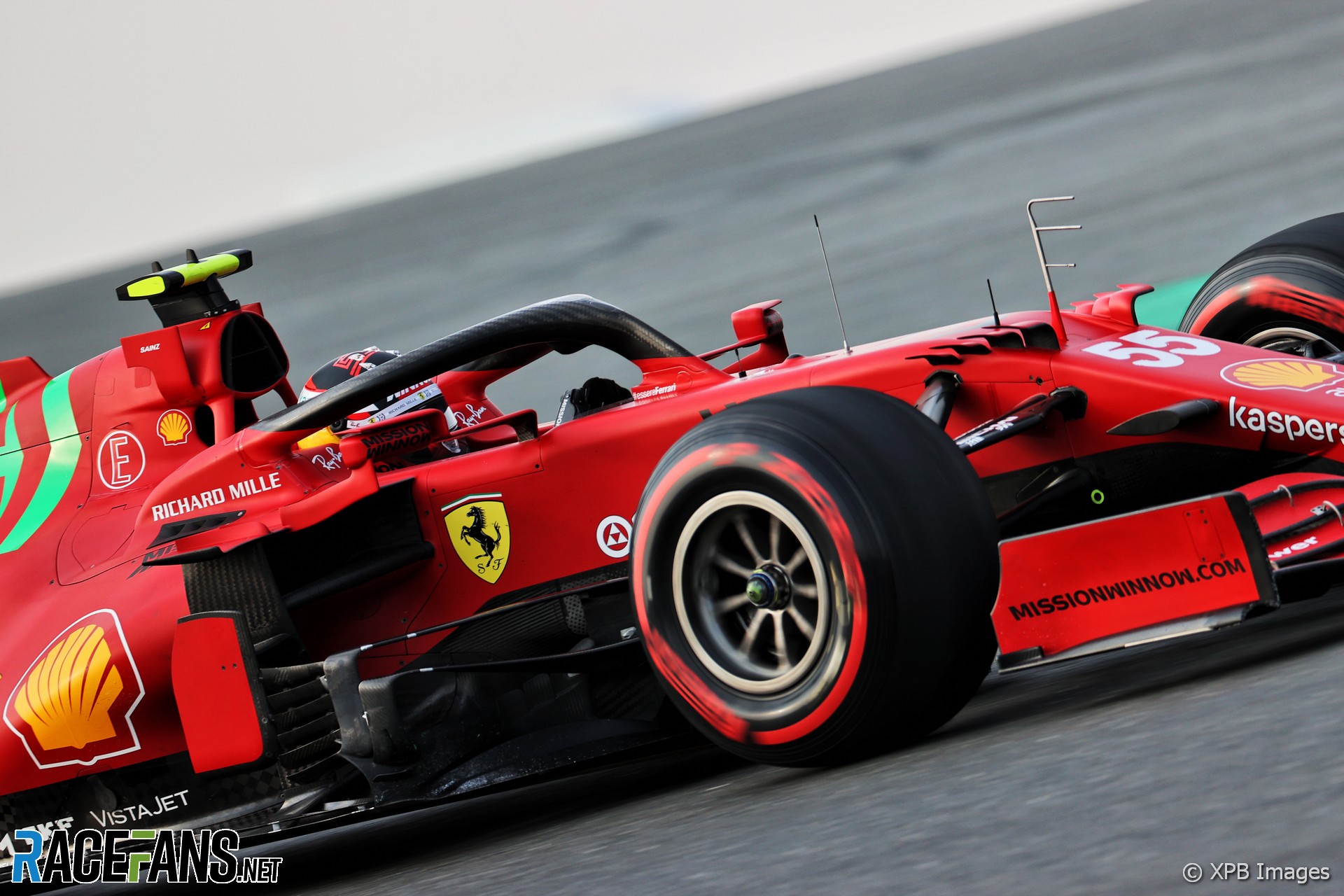 Ferrari aren’t taking third place in the constructors’ championship for granted despite extending their lead over closest rivals McLaren in Qatar.

Carlos Sainz Jnr and Charles Leclerc only finished seventh and eighth at Losail International Circuit, but finished ahead of both McLaren drivers. Lando Norris was running ahead of the pair until his suffered a puncture in the second half of the race.

Ferrari trailed McLaren by 17.5 points after Sochi but now lead their rivals by 39.5 points, having out-scored them in each of the last five races. With just two races remaining, Ferrari has a strong chance of beating their rivals to third place in the constructors championship, achieving the pre-season target set by team principal Mattia Binotto.

However he remains wary of a potential reversal by McLaren, who bagged 45 points in a single weekend with a shock-one two in the Italian Grand Prix.

“I believe the championship is not over yet,” said Binotto. “There are two races to go and we are focusing and trying to do the best in the last one.”

However he is pleased by the turnaround the team has made since its dismal 2020 campaign. “No doubt if I look at where we were last year, sixth, very little points in the championship, I think we we made the most we could do with the current regulation where most of the car was closed and very limited opportunities of development, as well as the budget cap.

“In 2021 we have to put priorities on 2022 to develop instead 2021. So overall, I think that the team has made great progress for what was possible to do for that, and so I’m happy because yes, the third position is a great output of the effort.”