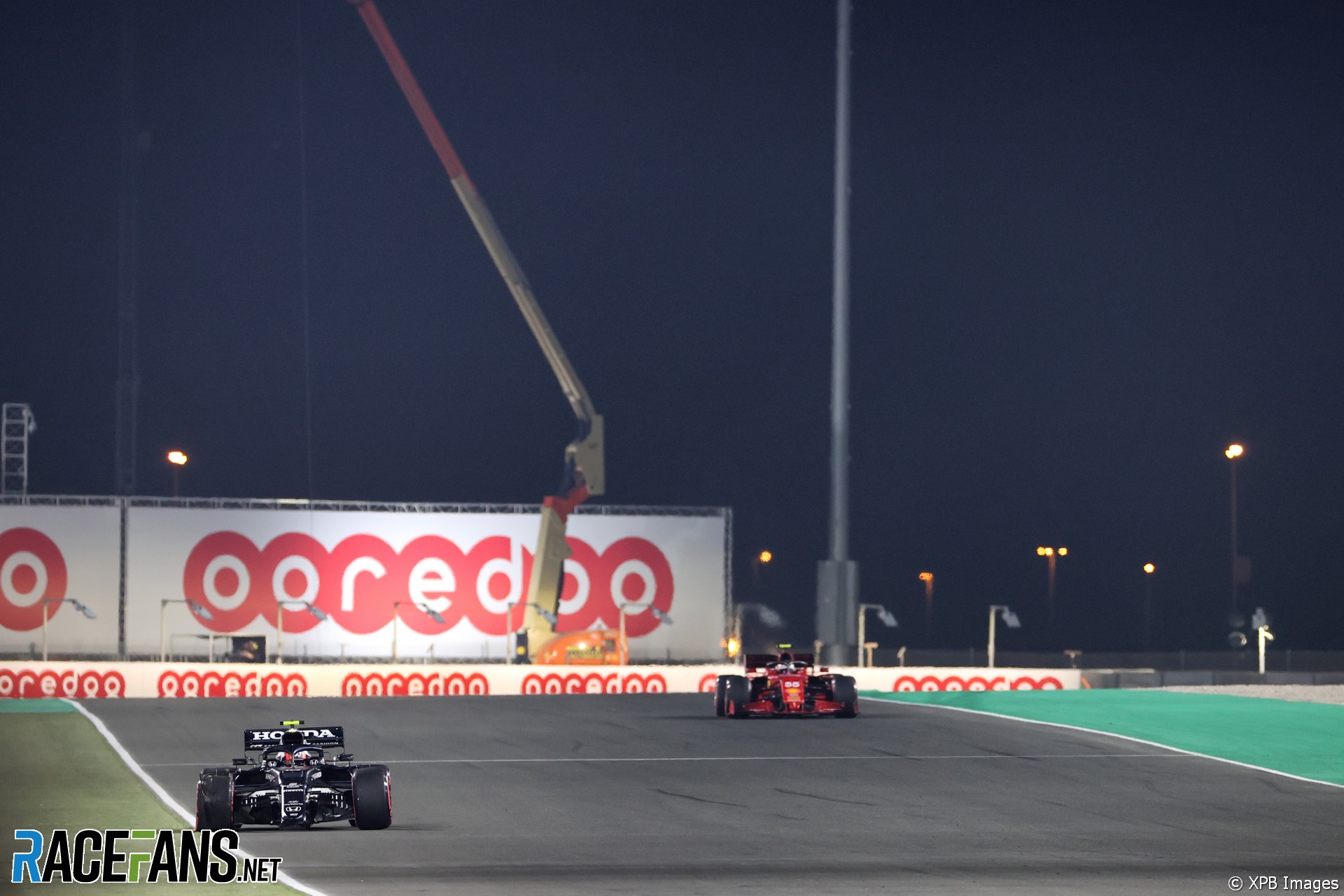 Red Bull team principal Christian Horner believes there is “room for improvement” in how yellow flag incidents are handled after Max Verstappen received a grid penalty in Qatar.

Horner retracted his earlier comments that a “rogue marshal” waving yellow flags had caused his driver to collect a five-place grid drop. However he remained unhappy with the circumstances of the incident.

Verstappen was penalised after failing to slow while passing double waved yellow flags which were being shown due to Pierre Gasly’s stationary car at the end of qualifying. The usual accompanying warnings via light panels were not displayed at the time.

Having been given a formal warning by the stewards for his comments about the marshal, Horner stressed he did not take issue with the penalty, but felt the incident could have been handled better.

“As a race team leader you learn from every single event. And I think no doubt the FIA will embrace that methodology as well that you can always learn and you can always improve.”

Valtteri Bottas was also penalised after passing a single waved yellow flag at the scene. Horner said he was unaware why double waved flags were displayed when Verstappen arrived shortly afterwards.

“There was no explanation from that perspective, and of course, that was what my frustration was voiced at,” he said.

“I think there’s always room for improvement, isn’t there?” he added. “But I think we’ve seen other teams voicing, visually, their displeasure at the FIA at races as recent at Brazil.

“There’s always going to be frustration, obviously, when there’s a tight competition and marginal rules can have massive impacts like we saw with the grid penalty.”

However Mercedes team principal Toto Wolff said the situation was not unusual. “There was a yellow on the track because of the car parked to the right,” he said. “I think that’s pretty normal, standard.

“The penalties are unfortunate, absolutely. But the rules are the rules. It happened to us in Austria I think 2020 in qualifying with Lewis [Hamilton].”

“You have the track marshalling system on the dash, you have it flashing, you have the flags and you have a car parked,” he added. “So it’s four criteria that need to be judged on and obviously in the heat of the moment in qualifying, these things can happen, but shouldn’t happen because it could be dangerous.”