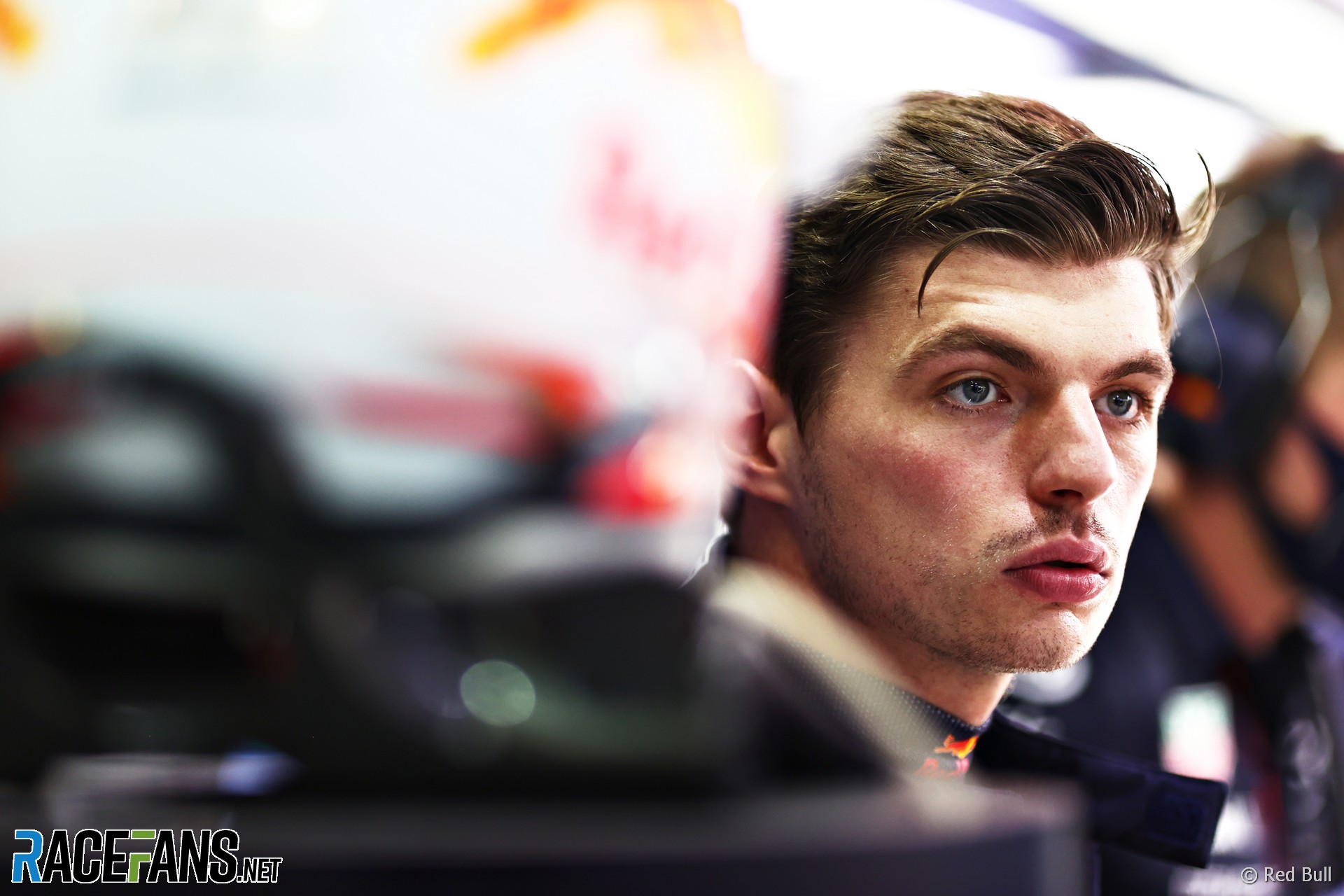 In the round-up: Max Verstappen says he will feel he has “completed” Formula 1 if he wins the world championship this year.

Winning one title “the final goal” for Verstappen

Verstappen, who can clinch the championship at the next race in Saudi Arabia, said he doesn’t have ambitions beyond winning a single title.

“In F1, not so much, because that’s it, you have completed it,” he told the BBC. “And then it doesn’t really matter any more how many you win because you’ve already won one. And of course I would always try to win more. But that’s done. That’s the final goal. And I will, of course, work very hard to try and achieve that.”

However he doesn’t intend to move on from F1 after winning a single title. “After that there’s a lot less pressure. Of course, I will have a lot of fun driving, but then maybe slowly start thinking about other kind of stuff outside of Formula 1 to achieve.”

The promoters of IndyCar’s Detroit round have revealed more details of the new downtown track the race will move to after its final event at the Belle Isle course next year. A 10-turn, 2.7-kilometre course will be laid out by the riverfront.

“Bringing this annual international event back to the streets of Detroit will help our businesses downtown, will shine a light on our beautiful riverfront with an inclusive summertime festival and it will open up new opportunities to engage and connect with our local neighbourhoods and communities,” said Detroit Grand Prix chairman Bud Denker.

Ralph Boschung will race in Formula 2 for a sixth season next year, and exceed 100 starts in the junior series, after signing new deal to extend his stay at Campos.

He arrived in the series with Campos in 2017 but missed the final round, where his place was taken by Lando Norris. He reappeared with MP the following year but again didn’t complete the season, missing the final two double-headers.

Following a partial campaign with Trident in 2019, he reappeared at Campos for the 2020 season finale as a substitute for Jack Aitken, who was making his Formula 1 debut. Having returned with Campos this year he lies 12th in the championship on 40 with two triple-headers remaining.

Formula 1 motorsport director Ross Brawn says the inaugural Qatar Grand Prix will have been useful for the event’s promoter ahead of the series’ return to the country after next season.

The venue has not been included on the 2022 F1 calendar as the country is holding the FIFA football World Cup next year.

“The promoter did a fabulous job to put this event on and now has had a real insight into F1, which will be invaluable for when we return in two years’ time,” said Brawn. “This has been a perfect event for them to understand what they need to do for the long term.”

Amazing to get a first taste of my new car 🔴⚫️ How good does the 2022 livery look! 🔥 @nismo @nissanedams pic.twitter.com/6PnSZrf6qb

The stewards in Qatar organised for Christian Horner’s “rogue” marshal to meet Max, to compensate for his team boss’s rogue remark. A nice touch. pic.twitter.com/SDlLYnxzc0

There were mitigating circumstances to say the least and with no trackside yellow warning panels, but green panels on the pit wall for the pitlane weighbridge, I would have missed the relatively poorly lit sole marshal post correctly waving a flag or flags on the left-hand side every time.

A total of 80,000 fans attended the three days of racing held at the iconic Losail Circuit Sports Club (LCSC) that welcomed the F1 family for the very first time.

For the past two-and-a-half years I’ve been in Italy, because we realised after about a year of driving in Europe it’s really difficult to go back and forward between the Caribbean and Europe. And it helped a lot to move over here, for me. But then I also know the sacrifice that my parents had to make and my sister. Pretty much most of my family, the sacrifice they had to make was quite big, so it motivates me even more.

Ferrari and PMI’s similarities makes a split between team and sponsor a sensible move, says Ciaran:

The Philip Morris sponsorship is a ‘special’ deal for a ‘special’ team – both of which run the risk of appearing like archaic dinosaurs in a new world of sustainability, corporate social responsibility, etc…

PM’s concerns are more obvious – anti-smoking measures are the new norm and will only get more stringent. Ferrari’s are more interesting though, as their product has traditionally been loud, exciting, expensive cars… which is threatened by the trends of electrification and resentment towards excessive wealth. Very different worries, but they run the risk of furthering their antiquated image if they continue their partnership. I wouldn’t be surprised if they went their separate ways.

The glory days are likely over for both. In both business terms and visual appearance – that ghastly green MW logo is a far cry from the iconic nineties designs!
Ciaran

Happy birthday to Heart Of The Sunrise, Nakavich, Beverly Sanford and Haziq Danish!