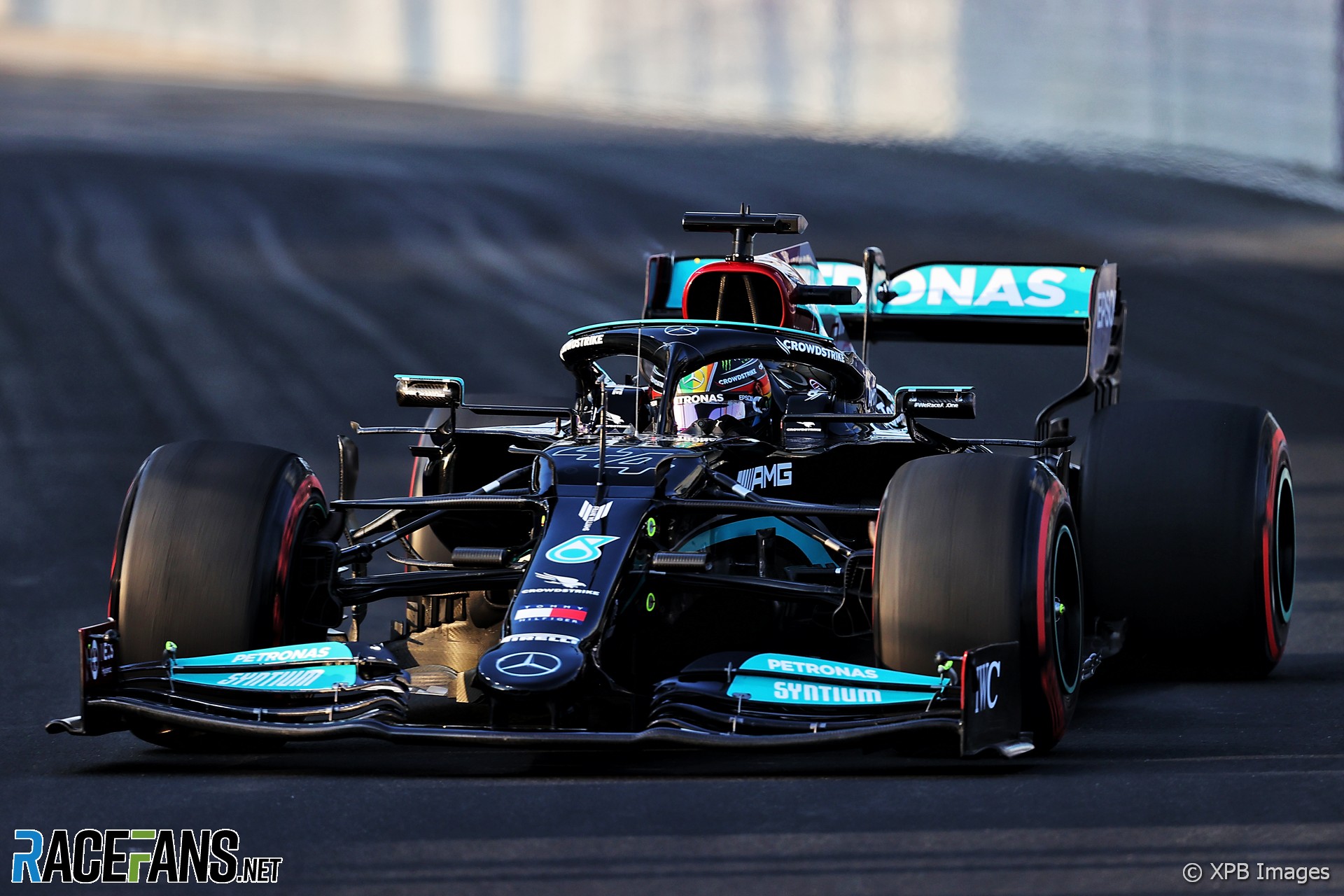 Lewis Hamilton topped the times during the first practice session at the new Jeddah Corniche Circuit for the Saudi Arabian Grand Prix.

In a session surprisingly lacking in incident, championship leader Max Verstappen was second quickest, just five hundredths of a second slower than his title rival. Valtteri Bottas was third quickest in the second Mercedes, ahead of Pierre Gasly’s AlphaTauri.

After the opening practice session for Formula 2 earlier in the day was delayed by around three-quarters of an hour due to “operational reasons”, there was no hold-up to the start of Formula 1’s first outing around the Jeddah Corniche Circuit.

Carlos Sainz Jnr earned the honours of being the very first F1 driver to take to the Saudi Arabian circuit ahead of Ferrari team mate Charles Leclerc as teams wasted no time in getting early data on the unknown track.

Verstappen needed no laps to get up to speed and immediately set the early pace, gradually improving his lap times with every new tour of the Jeddah track and getting close to breaching the 1’30s barrier.

Despite grip being at likely its lowest level all weekend on the virgin asphalt, there was a surprising lack of mistakes and incidents across the first half of the session as the drivers found the surface offered more grip than expected. “Grip seems pretty high in general,” reported Esteban Ocon over team radio. “I think it’s a big surprise, everywhere, traction through the mid-corner.”

The biggest problem facing the drivers appeared to be traffic, with cars having to slow down excessively to allow rivals on timed laps by and give themselves space to start a clear lap of their own.

Bottas moved to the top of the timings with 20 minutes remaining in the session with a lap only five-thousandths of a second faster than Verstappen’s quickest time. That was until Hamilton became the first driver to break into the 1’29s to make it both Mercedes on the top of the standings, where he would remain for the rest of the session.

There was a near miss in the closing minutes at the first corner between Verstappen and Ocon, where the Red Bull driver locked up and almost ran into the Alpine, who was trying to leave space for Verstappen on the outside of the corner. Lance Stroll also had a close encounter with Nikita Mazepin’s Haas on the exit of turn four.

The first impression of F1’s newest venue appeared to be a positive one for the drivers. Valtteri Bottas reported the track is “cool” as he got to grips with the new 27-corner circuit. Mercedes sporting director Ron Meadows was heard complimenting race director Michael Masi on how the circuit personnel had prepared the track surface overnight ahead of the opening session.