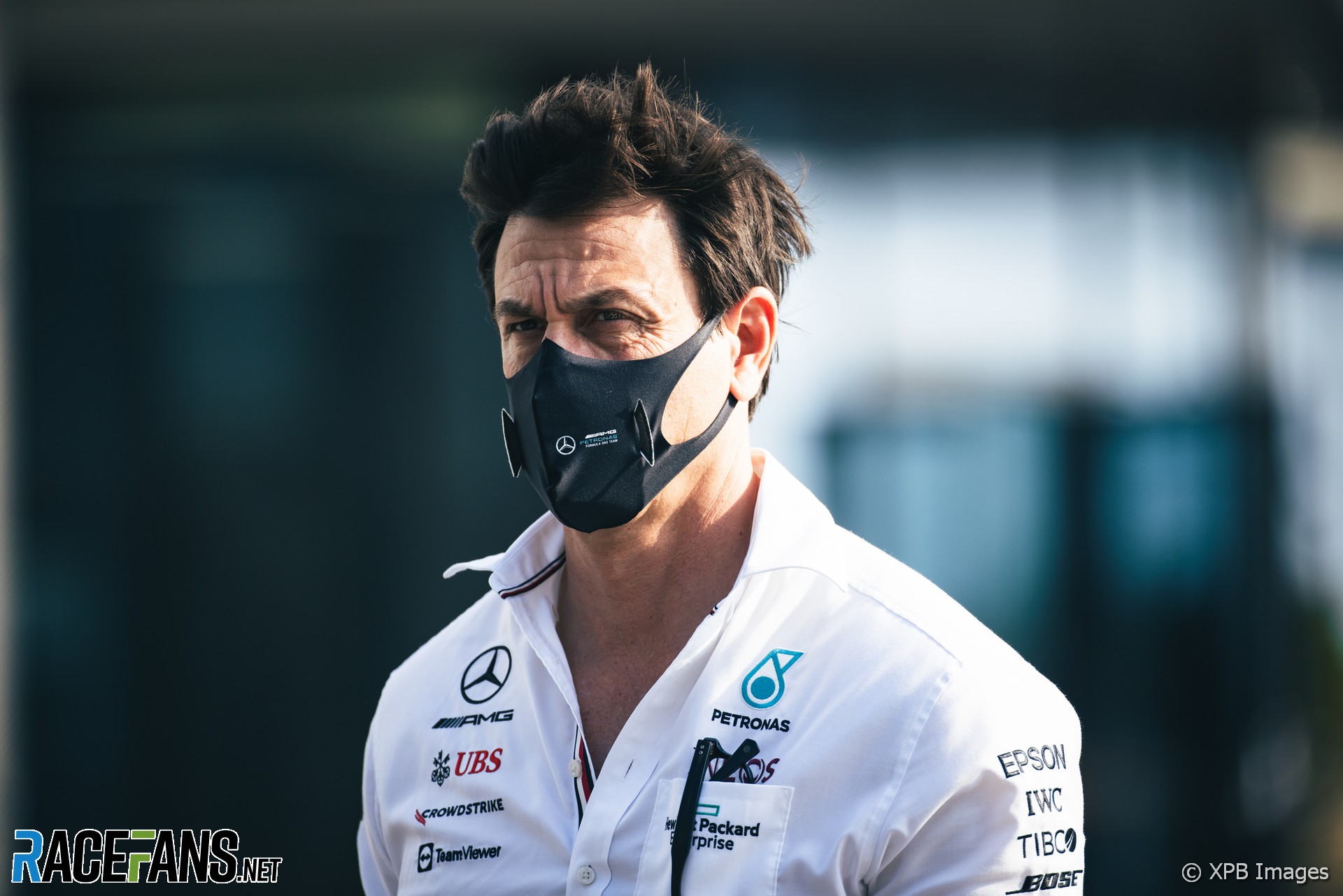 Mercedes team principal Toto Wolff has apologised on behalf of the team to families of the Grenfell Tower fire victims for the “hurt” caused by their recently-announced partnership with Kingspan.

In an open letter to Wolff published yesterday, the group Grenfell United – which represents survivors and the loved ones of victims of the 2017 Grenfell Tower catastrophe – condemned the team’s announcement of a sponsorship deal with building materials company Kingspan as “truly shocking”.

“Kingspan played a central role in inflicting the pain and suffering that we feel today and there must be a degree of public censure for Kingspan’s recklessness and carelessness for human life,” the letter stated.

Grenfell United claim that Kingspan misrepresented the fire safety qualities of their insulation materials, which were used on Grenfell Tower. Phase two of a public inquest into the disaster will resume next week.

In a response to Grenfell United’s letter, which was posted on social media, Toto Wolff offered an apology to victims’ families.

“The tragedy of the Grenfell Tower fire was beyond imaginable to me, and it should never have happened,” Wolff states in the open letter.

“On behalf of our team, I would sincerely like to apologise to you for the additional hurt that this announcement has caused. It was never our intention to do so.

“The work of the public inquiry to establish the full causes of the tragedy is crucially important,” Wolff continued. “Prior to concluding our partnership, we engaged with Kingspan in depth to understand what role their products played in what happened at Grenfell.

“Kingspan have stated that they played no role in the design or construction of the cladding system on Grenfell Tower, and that a small percentage of their product was used as a substitute without their knowledge in part of the system which was not compliant with building regulations and was unsafe.”

Wolff said he will accept Grenfell United’s offer to meet with representatives of the group to discuss their concerns with them.

“I know that this does not change in any way the awful tragedy you suffered, or the deep and ongoing pain felt in your community, and I would like to thank Grenfell United for the offer to meet in person for me to learn and understand better,” Wolff continues.

“I look forward to coming together as soon as we can.”

Criticism of Mercedes’ deal with Kingspan from the Grenfell United group was echoed by UK Secretary of State for Housing, Michael Gove, who said he was “deeply disappointed” in the team accepting sponsorship from the company while the public inquiry into the tragedy is ongoing.