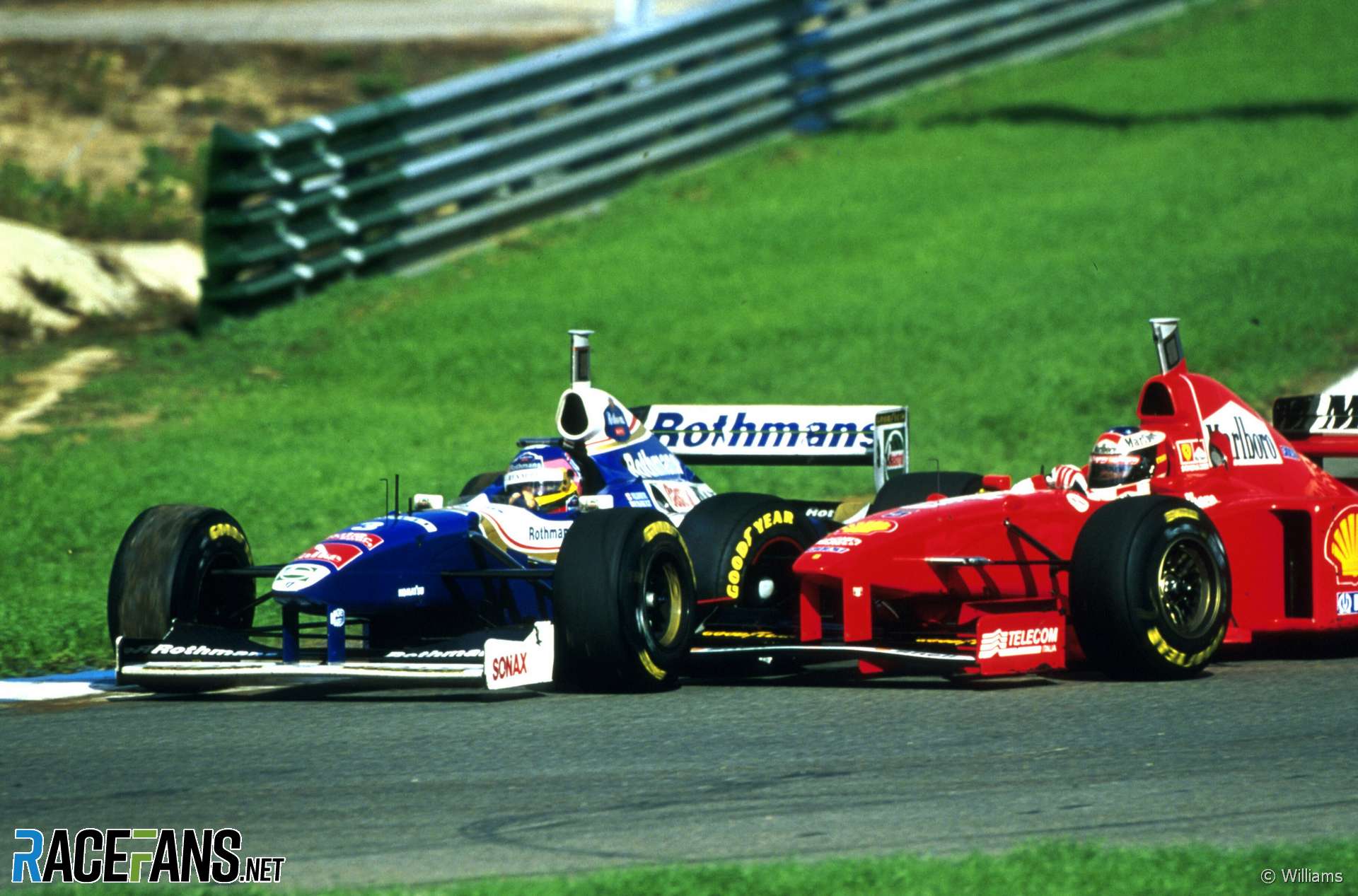 Will a gripping year of Formula 1 come to a spectacular conclusion at Yas Marina – or does yet more controversy lie in store? Here are the taking points for the championship-deciding race weekend.

A makeover for the Marina

The Yas Marina circuit has had the facelift which, arguably, it has been waiting for since it opened. And rather than just a nip-and-tuck of a few tweaked turns, this is more akin to reconstructive surgery, with more than half of the corners on last year’s layout either chopped or changed.

From turn three to the final bend, every corner has been altered besides the chicane which interrupts its two long straights. The corners which bookend those straights are now medium-to-high speed turns, replacing the fiddly, slow bends which previously characterised this track. Later in the lap a succession of four other low-speed corners have eased.

The upshot is a shorter course, lap times potentially 10 to 15 seconds quicker and therefore three more laps on the race distance. It’s been done in the name of improving the racing at a circuit where overtaking has previously been very difficult.

RaceFans spoke at length to the team behind the redesign who are confident the new layout will address that problem. But we won’t know for sure until the cars hit the track for the first time.

The revised Yas Marina course was created with an eye towards the new technical regulations for the 2022 season. This weekend’s race will be the last for Formula 1’s current generation of cars before a new era of much more tightly restricted designs are ushered in. F1 will also bid farewell to 13-inch wheels ahead of the introduction of new, 18-inch wheels in 2022.

Will the current cars be missed? That will largely depend on how successful their replacements are. Undoubtedly the 2021 season has been the most exciting year yet for this generation of cars, aided by the engine manufacturers converging in performance and aerodynamic tweaks which hit Mercedes harder than most of their rivals.

It’s unlikely this weekend will be the last time we hear drivers complaining about finding it hard to pass the car ahead because of turbulence. But if the race which follows it doesn’t see a significant improvement in that area, they will be judged a failure.

Just five races ago Lando Norris was still fourth in the championship ahead of Sergio Perez. He’s sunk to sixth since then, largely thanks to a luck-less run which has seen him take just five points from the last four races.

An engine penalty in Mexico, puncture in Qatar and ill-timed red flag in Saudi Arabia let one Ferrari driver pass him in the standings. Will the other slip ahead this weekend as the red team is poised to complete its defeat of McLaren in the fight for third place?

And it’s goodbye to…

As the final race of the year, it’s the end of an era for many. FIA president Jean Todt is not intending to visit the last F1 race to go ahead before next week’s elections to decide his successor.

His former driver Kimi Raikkonen will hang his helmet up after his record 349th grand prix start. This time it will surely be for good, unlike when he said farewell after Yas Marina’s first F1 race 12 years ago.

His Alfa Romeo team mate Antonio Giovinazzi also won’t be back next year. Guanyu Zhou arrives to take his place while Giovinazzi heads to Formula E. He reached Q3 and scored his best result of the season last time out – will he repeat that to ensure a fitting send-off this weekend?

But the party most eager to end their F1 tenure on a high must be Honda. It joined the V6 hybrid turbo party a year later than the rest and suffered an excruciating return to begin with. After a humiliating 2015 season with McLaren slight improvements were made the following year, but a slump the season after broke the relationship beyond repair. The cast about for a new partner: One was found in the shape of Sauber, then new management arrived and immediately killed the deal.

Instead they aligned themselves to Toro Rosso and, in 2019, Red Bull, who delivered the first Honda-powered race F1 win for 13 years. Having finally clawed their way back to the top, in 2020 those at the top decided they’d had enough, and 2021 would be their last season.

Their latest engine, applied to a superb Red Bull chassis has left them in contention for both championships at the final race of the season. Honda’s first F1 titles since the days of Ayrton Senna and McLaren 30 years ago beckon.

How will the 2021 world championships be decided? The constructors points table shows Mercedes are clear favourites to take their eighth title in a row.

But the drivers’ standings literally could not be closer. To all intents and purposes, the preceding races has only established that Verstappen will win the championship in the event of a tie break. The destiny of the 2021 world championship will otherwise be decided by 58 laps around the new-look Yas Marina circuit.

The form book does not look like being much help. Over the first six years of the V6 hybrid turbo era this was a Mercedes track – they swept every race from 2014-19. Last year Verstappen ended their run, but that owed at least something to Hamilton ailing on his return from a bout of Covid. And now the track has been completely overhauled.

The fight between the pair has become increasingly tough as the season has gone on. Last weekend it reached an acrimonious low, Verstappen collecting a pair of penalties as he forced Hamilton wide repeatedly and “brake tested” his rival approaching the final corner.

With the points so close, the stakes so high and the rancour so bitter, past controversial conclusions to F1 championships come to mind easily. Between 1989 and 1997 the title fight was settled by collisions between the two drivers on four out of nine occasions. In the first three the instigator of the contact collected the title: Alain Prost in 1989, Ayrton Senna the year after (footage of Verstappen watching this in 2019 and remarking “I mean, why not?” has been widely shared on social media), and Michael Schumacher in 1994.

Then in 1997 Schumacher hit another rival, Jacques Villeneuve, but bounced off the Williams and came to a stop in a gravel trap while his rival clinched the title. The FIA then disqualified Schumacher from the championship.

This, said then-FIA president Max Mosley, was the precedent which would prevent any future F1 driver trying to win a title by crashing into a rival. “The important thing in the Schumacher case was to make sure that drivers were left under no illusion that if you tried to win the championship by taking the other bloke off the track and out of the race as had happened several times in the past, it was just not going to work,” he stated.

“You will not succeed because we will take the title off you. That was the chief message.”

But that was 24 years ago. As this season has demonstrated repeatedly, precedent counts for little in F1 these days. And it rests upon the stewards being able to spot a deliberate collision when they see one. There’s no tougher call the stewards could face than whether to issue a penalty which decides the championship.

Hopefully none of this comes to pass and the new Yas Marina witnesses a title decider fitting of the investment which has been spent on improving its layout. But the possibility the title contenders may not play by the rules, and the season may end in more acrimony, is on the minds of those involved.

“We’ve already had numerous discussions about it,” Red Bull team principal Christian Horner told The Times this week. “To finish first, first you’ve got to finish.” That may be true most of the time, but not for the driver who leads the championship going into the final race of the season.

Are you going to the Abu Dhabi Grand Prix?

If you’re heading to Abu Dhabi for this weekend’s race, we want to hear from you:

Who do you think will be the team to beat in the Abu Dhabi Grand Prix? Have your say below.