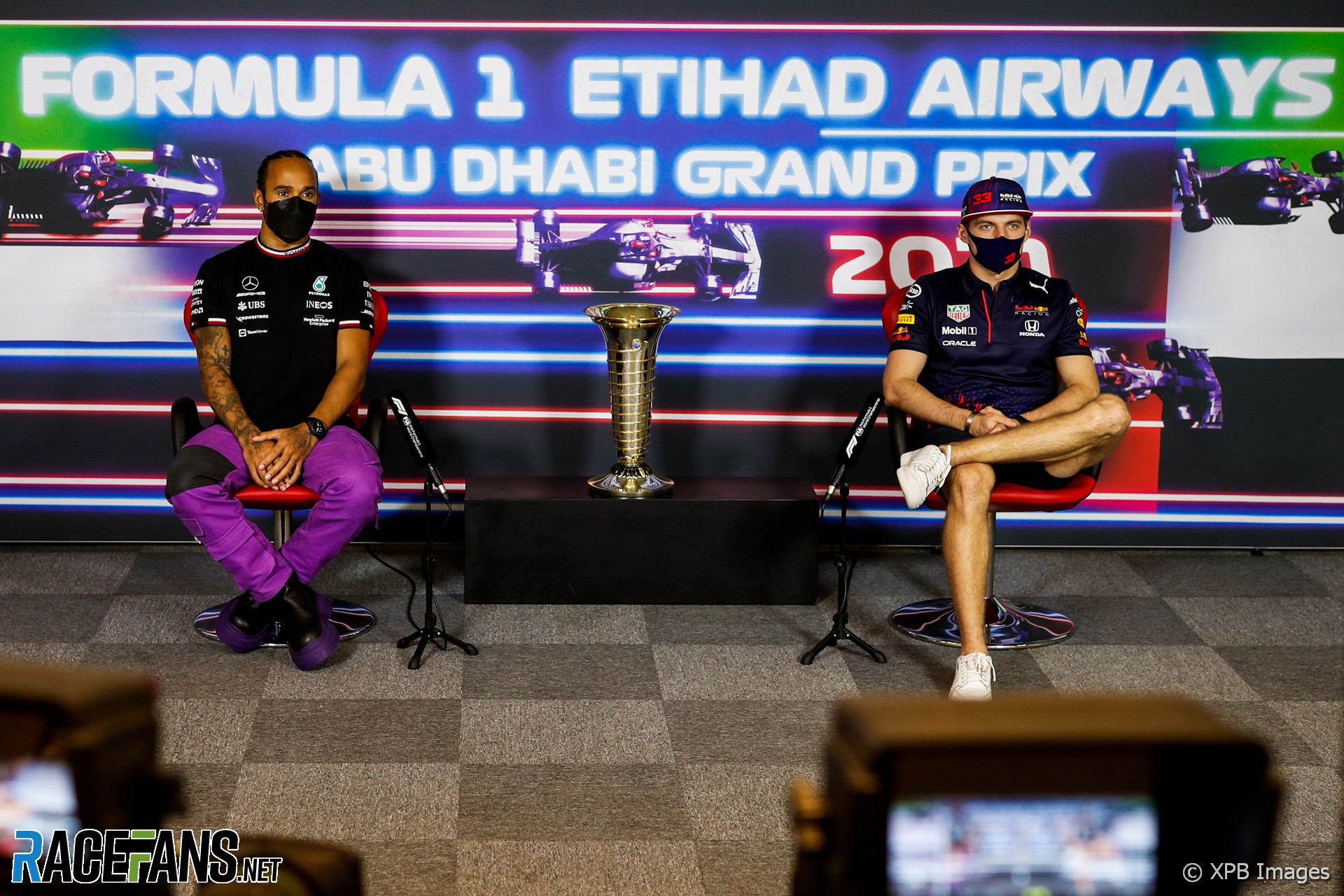 Championship contenders Lewis Hamilton and Max Verstappen say the possibility of a points deduction in the event of a controversial end to the title fight is not out of the ordinary.

FIA Formula 1 race director Michael Masi today took the unusual step of including a reminder of several rules in the International Sporting Code in the Abu Dhabi Grand Prix event notes issued to the drivers. This included clauses which allow points to be deducted in response to certain types of incident.

Points deductions are rare but not unheard of in Formula 1. Racing Point had a total of 15 points confiscated last year over a violation of the sporting regulations.

“It’s happened in the past,” Hamilton acknowledged. “I’m sure the stewards have taken the precautions they have this time around and so I think that’s fair that they do it. Hopefully they won’t need to be used and we have a great race and move forwards.

“I don’t particularly have an opinion about it otherwise. I’m here to do my job and I don’t want to see the stewards any more than they want to see me.”

Verstappen said the pre-race reminder from Masi was unnecessary. “I know what’s in the sporting code so nobody needs to be reminded of that,” said the Red Bull driver.

“I think they can put it in every single race weekend. There’s nothing newly added for this weekend.”

The possibility of a controversial conclusion to the championship has been hyped up by media coverage of the race, according to Verstappen.

“As a driver you don’t think about these things. You go into a weekend where you just want to do the best you can as a team and of course to try to win the race.

“But naturally the media starts to say these things. So I don’t really have a lot more to comment on that. I arrived here just trying to do the best I can, trying to be the best prepared and trying to win this weekend.”

If both drivers fail to score this weekend, Verstappen will win the championship. Hamilton said the possibility of a collision is out of his hands.

“I can’t control those things around me,” he said. “All I can do is control what I do in terms of preparation and how I conduct myself.”