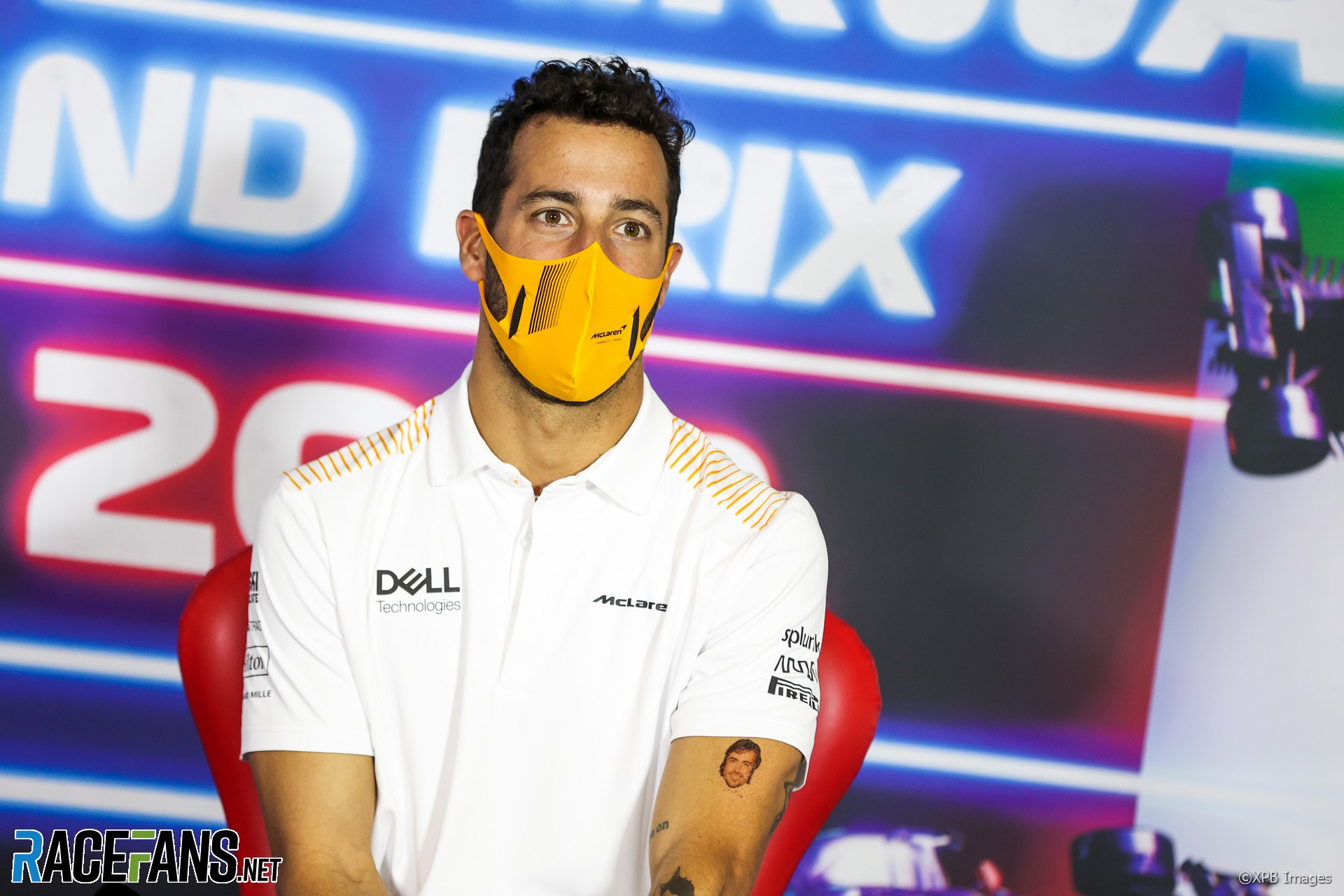 In the round-up: Daniel Ricciardo says he is prepared to put up with a 14 day isolation period in Australia to spend the off-season with loved ones.

Don't miss anything from RaceFans - join us on Facebook here to see whenever a new article has been added:

Ricciardo to spend Christmas in quarantine

Daniel Ricciardo says he will be prepared to spend two weeks in mandatory quarantine in Australia after the end of the F1 season so he can spend with with friends and family.

Despite the mandated isolation period, Ricciardo says he is prepared to comply with it so he can enjoy time with friends and family.

“I’m going to go home. I need to. I need to get home,” said Ricciardo. “It is difficult to get back. Unfortunately, they’re not making it easy, but it is what it is.

“I need to get home, see family, friends. Once I get out of the four walls, I should still get hopefully three or four weeks with friends and family. And it’s summer, so something to look forward to.”

With the announcement that Channel 4 has struck a one-off deal with Sky Sports to broadcast live coverage of the championship-deciding Abu Dhabi Grand Prix, Lewis Hamilton says the news is “amazing” for British fans.

“I grew up in an era when it was free and I would remember to turn on many years ago,” said Hamilton.

“I know that’s the way the world has gone, obviously with pay TV. But I think that’s amazing, particularly in a time that we’re living in right now, where people have been affected so heavily by Covid. People have lost jobs, businesses. So I think that’s great. It’s a great gift, I think, at this point of the year for people to be able to watch a sport not have to worry how and where they’re going to be able to watch it.”

Norris inspired by fans to speak out about mental health

Lando Norris has credited his fans on social media for inspiring him to speak publicly about his mental health and do more to raise awareness around mental health in society.

Norris has previously shared how he struggled with anxiety and low moods during his rookie season in F1 in 2019 and says the response from his fans has encouraged him to use his platform to support those facing similar struggles.

“I’m very happy and proud to be part of that group of people who have accepted it and are happy and confident to speak out on it,” said Norris.

“I think one of the biggest things which allowed me or made me think it’s a very good thing to speak out on is my fans – my followers. Especially when I kind of would hint at it the first few times, before I was even speaking about it publicly. A few of them saying how much it was helping them and the impact it can have on them. And, over time, realising that the impact I can have on those hundreds of people or thousands of people or whatever, is huge.”

It's the final race for @pirellisport's 13-inch F1 tyres before the sport switches to 18-inch wheels in 2022.

This weekend's tyres all carry the slogan "next year I turn 18". Here's one of them plus a prototype 18-inch wheel for comparison.#F1 #AbuDhabiGP pic.twitter.com/Be9md1cGfF

Huge thanks to the team @F1 for donating film prize, awarded for footage of Romain Grosjean’s fireball escape, to QVH Charity. Your donation will make a huge difference to patients @qvh #burns #rebuildinglives #charity https://t.co/6ZMo2wzMPA pic.twitter.com/7dAihHWaYu

"It’s a beautiful moment for Formula One but I want to see the title decided on the basis of pure racing. That means the quickest driver and car combination should win on Sunday. I don’t want to see penalties being used to determine who wins the World Championship."

Through the Fire and Flames (Sports Illustrated)

"In the year since his accident, Grosjean says he’s had only a handful of flashbacks. A few in December, a few weeks after the crash, and then again during an IndyCar race in Detroit where his brakes caught fire."

Penguins Have a Need for Speed (NHL)

"Last season, Jason Zucker had an idea. The Penguins always do a fantasy football pool during the NFL season - why not try and do one for the F1 season?"

After Michael Masi reminded all teams and drivers that stewards have the power to deduct championship points for ‘unethical’ sporting conduct ahead of this weekend’s championship decider, @jackysteeg feels the warning should have come sooner in the season…

Good on him for saying this, although the tone should really have been set a long while ago. The prospect of a title deciding crash was raised months ago, and we’ve seen countless clashes since the first real “big one” at Silverstone. Many opportunities to send a message of zero-tolerance through action, and yet the biggest penalty applied so far has been 10 seconds added on. I fear this stance is too little, too late.
@jackysteeg