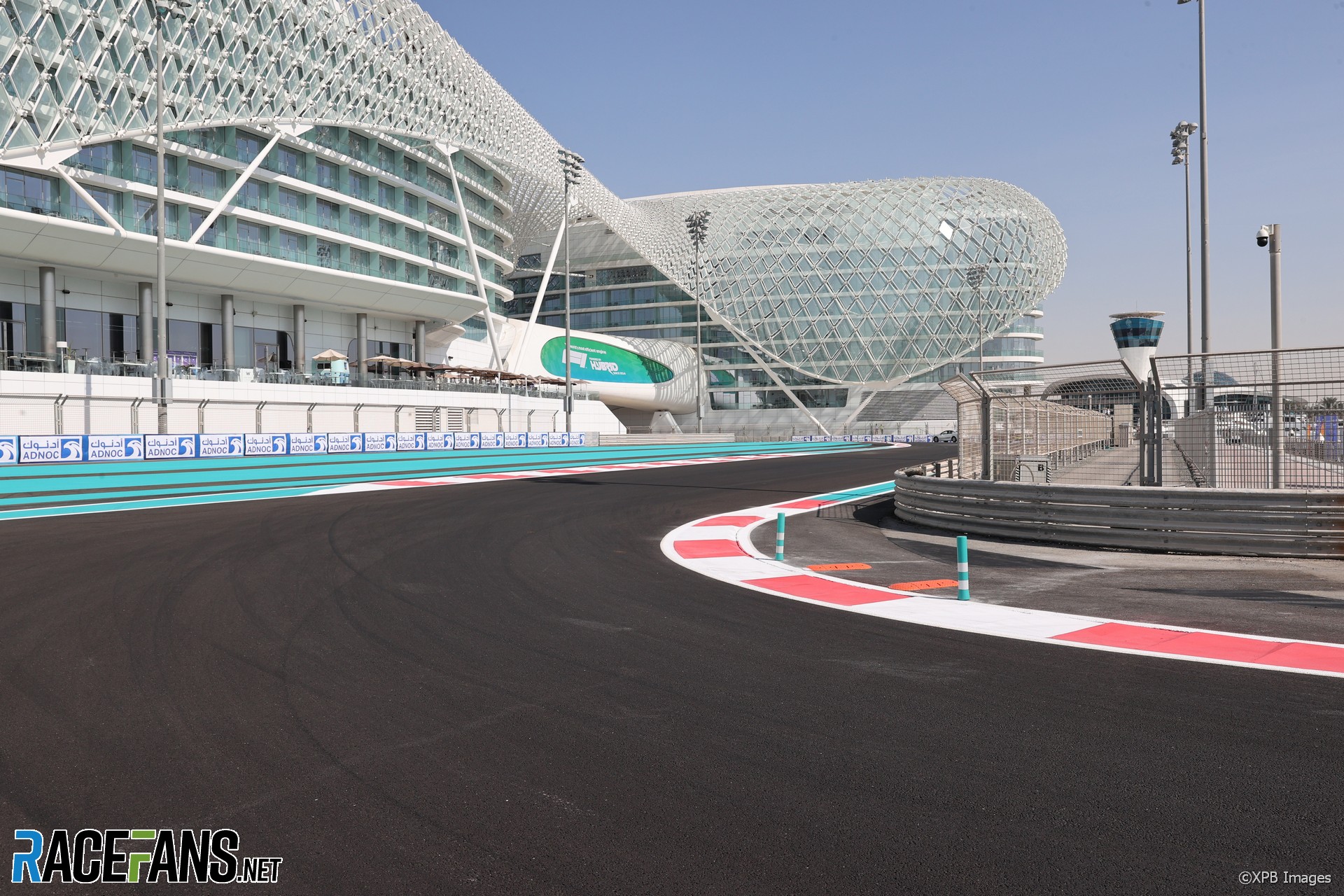 Formula 1 drivers are optimistic the revised layout of the Yas Marina will improve overtaking opportunities during the Abu Dhabi Grand Prix.

This weekend’s race is the first to take place on the significantly revised track, with a series of alterations at key points designed to improve overtaking opportunities.

The old chicane of turns five and six leading to an acute hairpin has been replaced by a single, wider hairpin which will now have just a single braking zone and allow drivers to carry more speed.

At the opposite end of the circuit, the previous sequence of turns 11, 12, 13 and 14 have been combined into a single, constant-radius corner now known as turn nine. The corner has been installed with positive camber, to encourage better mid-corner grip and provide more lines of attack for drivers to take.

Furthermore, almost every corner in the final sector around the track’s hotel landmark has been made shallower, wider and faster in response to criticism of the sequence ever since the circuit’s debut in 2009.

Valtteri Bottas is pleased with the new-look Yas Marina and believes that the track needed to be changed to produce better racing.

“I feel like they’ve done good changes to the track – at least that’s how it looks like,” said the Mercedes driver. “In theory it should be better for racing. I think the changes were needed, so I’m happy that they reacted and they’ve done those.”

Sebastian Vettel won his first championship at the Yas Marina circuit in no small part due to rival Fernando Alonso’s inability to pass Renault driver Vitaly Petrov in a faster Ferrari – blamed on the notoriously hard-to-pass nature of the track.

“There was some races where it was really good, and others where it wasn’t. With the changes, I think it makes the track faster, hopefully more exciting for us to drive. I don’t know if it helps overtaking. I think we will have to wait and see on Sunday.”

Antonio Giovinazzi believes the modifications to the final sector are more profound than they look – even predicting the penultimate right-hander could now be taken flat out.

“I did some [simulation driving] before Qatar and actually it’s not only two corners that are different. It’s also the last sector is faster, it’s wider, just in the hotel section. Also the second-last corner will look quite easy flat this time.”

As the season-ending race that will see both world championships determined on Sunday, the revised layout could have an impact on how the racing unfolds between Max Verstappen and Lewis Hamilton. Verstappen’s team mate, Sergio Perez, says it’s too early to judge whether the adjustments will benefit either Red Bull or their Mercedes rivals.

“I think that’s hard to say at the moment,” he said. “Red Bull was strong here last year, so we will see what the new track’s like. Certainly I would expect the racing to be a lot better. On paper, the track looks more more raceable, so that that should be a good thing.”