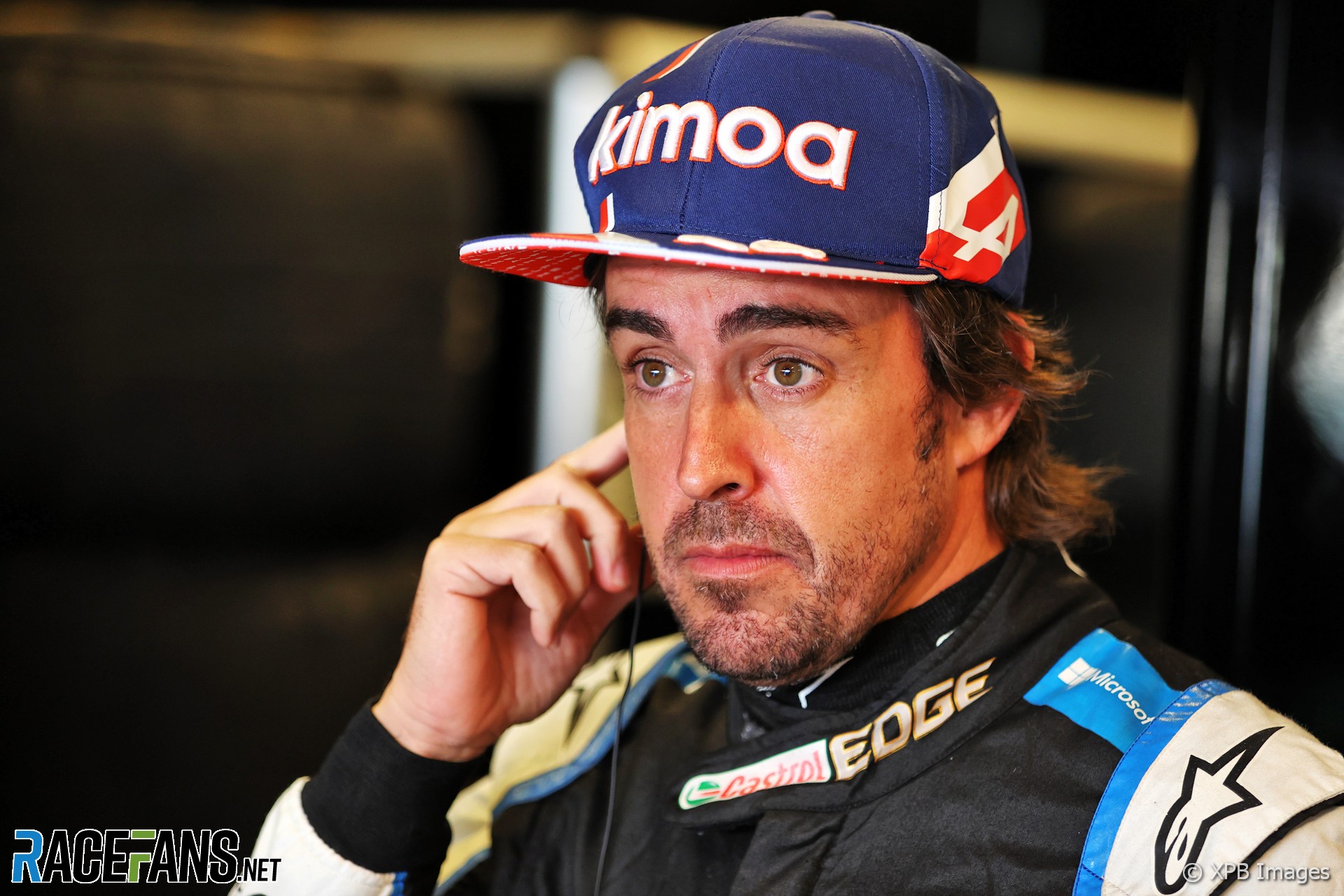 Fernando Alonso says penalties for impeding drivers during qualifying should be harsher and the stewards should be less hesitant to administer penalties.

The Alpine driver qualified 11th for the Abu Dhabi Grand Prix but the stewards are investigating whether he was impeded by Daniel Ricciardo at turn 16 during Q2. Alonso missed the cut to advance to Q3 by a hundredth of a second.

Alonso said the enforcement of the racing rules has deteriorated since his last race in Abu Dhabi three years ago. “[It is] definitely much worse than in 2018,” he said.

“There are no rules out there. Not for the out-lap, there are no minimum times to respect. There are, on the first lap, a lot of strange movements off-track. I complained the first third of the championship. Then I changed attitude and then I was doing the same. And now there was someone impeding, today.”

Following the Saudi Arabian Grand Prix Red Bull team principal Christian Horner said the sport missed the oversight of its late race director Charlie Whiting, who passed away in 2019. But Alonso does not feel his successor, Michael Masi, is to blame for a softening in the policing of incidents.

He believes the stewards “have to be harsh in some of the decisions” when necessary. “In football, when someone makes a tackle and there is a big penalty or whatever, there is a red card. Here they are always struggling to show a yellow card or a red card, so that’s why we keep repeating the same bad things.”

The lax enforcement of the rules means many drivers are causing problems by backing off before beginning their flying laps in qualifying, Alonso believes. “It’s everybody,” he said. “Everybody [does] that.

“We do that as well in the out-lap. You know, sometimes there is no way we can pass. And we are too slow, slower than what we want.

“But our team is very sharp on telling us when a fast car is coming, so I had zero investigations for impeding in the whole year. So you have to be also sharp, and the people that are not sharp, they are investigated. And normally, they get a penalty like that. But this is another thing, you know, it’s very random.”