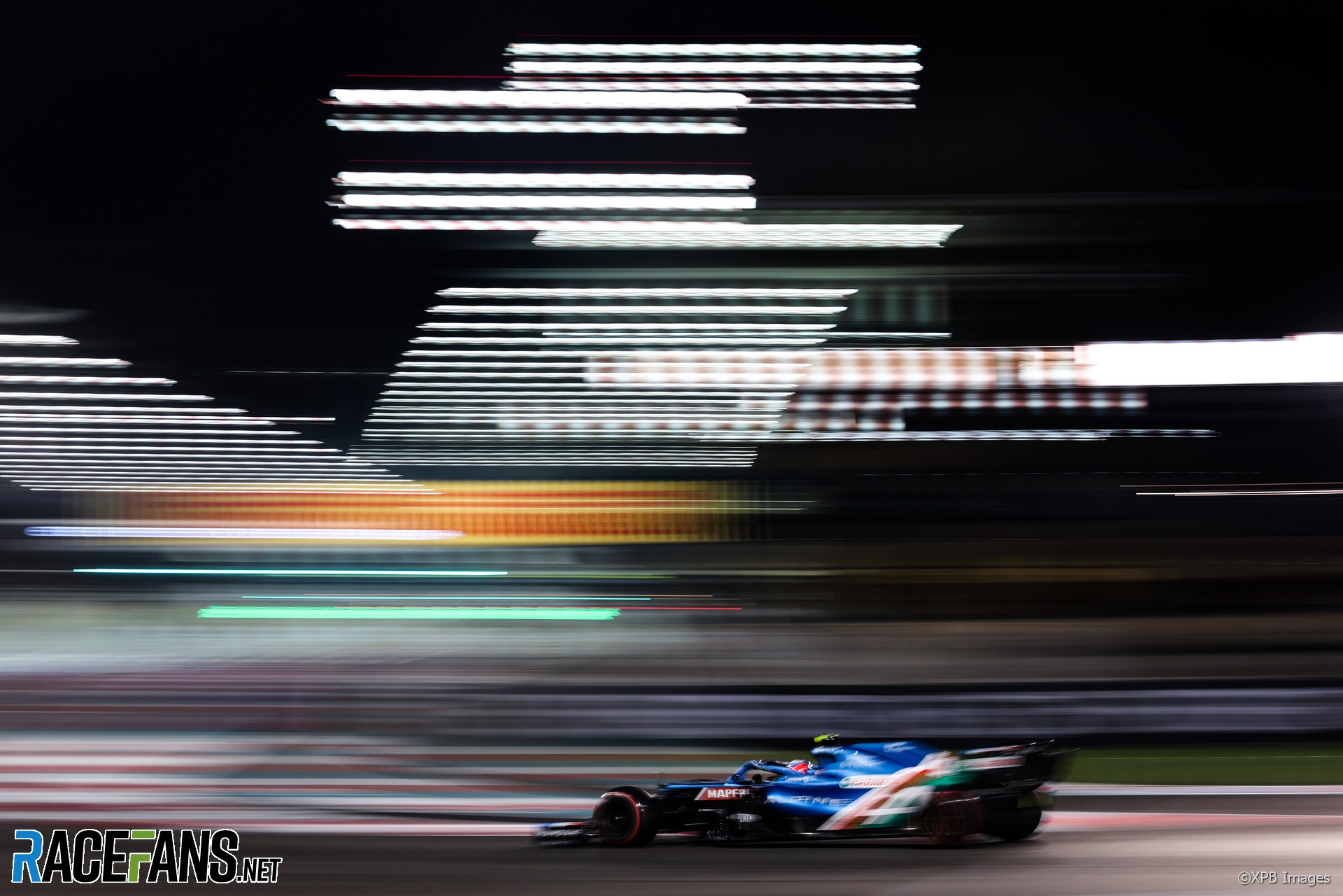 Esteban Ocon has been given a formal reprimand for impeding Sebastian Vettel during the first phase of qualifying for the Abu Dhabi Grand Prix.

It is Ocon’s second reprimand of the season, and his first driving-related reprimand of 2021. His Alpine team have also been fined €10,000 for the incident.

In their official decision, the stewards explained that “in evidence, the driver of Car 31 [Ocon] stated that he was given a warning that Car 5 [Vettel] was 2.5 seconds behind between Turns 15 and 16. However, due to the track layout he had no visibility of Car 5 until Turn 16 and hence had no time to react.”

The stewards further clarified their distinction between a driver ‘impeding’ a rival and simply ‘having an impact’ on their qualifying lap.

“Most cars did very slow warm up laps resulting in significantly large differences in speed to cars on fast laps,” the stewards explained. “This, combined with the desire of all drivers to establish a gap to the car in front when starting a fast lap, results in situations where a car may have an ‘impact’ on another car doing a fast lap. However, the Stewards consider this is different to ‘impeding’ and in particular, ‘unnecessarily impeding'”.

In the view of the stewards, the responsibility for Ocon’s impeding of Vettel was shared with his Alpine team than as much as the driver himself.

“It is the stewards’ determination that the driver of Car 31 [Ocon] could have done little if anything to avoid impacting Car 5 [Vettel]’s lap, but note that the team could have done more to have given him earlier warning of Car 5’s approach.

“Although normally the lack of radio communication does not absolve a driver from the responsibility to avoid unnecessarily impeding, in this case we consider this a justification for mitigation. Therefore, no grid penalty is imposed.”

No further action was taken against Vettel for a separate incident in the second phase of qualifying, where he was alleged to have impeded Pierre Gasly at turn one.

“The stewards note that almost certainly there was ‘dirty air’ created by Car 5 [Vettel] which did have an ‘impact’ on Car 10 [Gasly]. However the stewards determine that this does not amount to ‘unnecessarily impeding’,” the stewards explained.

There was also no further action taken against Daniel Ricciardo for allegedly impeding Fernando Alonso at turn 16, a run-in that precipitated strong comments from Alonso about an increase in impeding incidents from other drivers.

In the stewards’ decision on this third incident, they noted that “Car 14 [Alonso] was 41 seconds behind Car 3 [Ricciardo] at the exit of Turn 14. However Car 3 was part of a ‘chain’ of backed-up cars (as a result of double yellow flags at Turn 14) and as a result Car 14 quickly closed the gap on Car 3 and caught Car 3 at Turn 16. It is the Stewards’ determination that the driver of Car 3 could have done little, if anything, to avoid impacting Car 14’s lap.”

With no penalties having been imposed, all 20 drivers will provisionally start tomorrow’s Abu Dhabi Grand Prix from the positions in which they qualified today.

10 comments on “Ocon reprimanded, no further action against Vettel or Ricciardo for qualifying impeding”