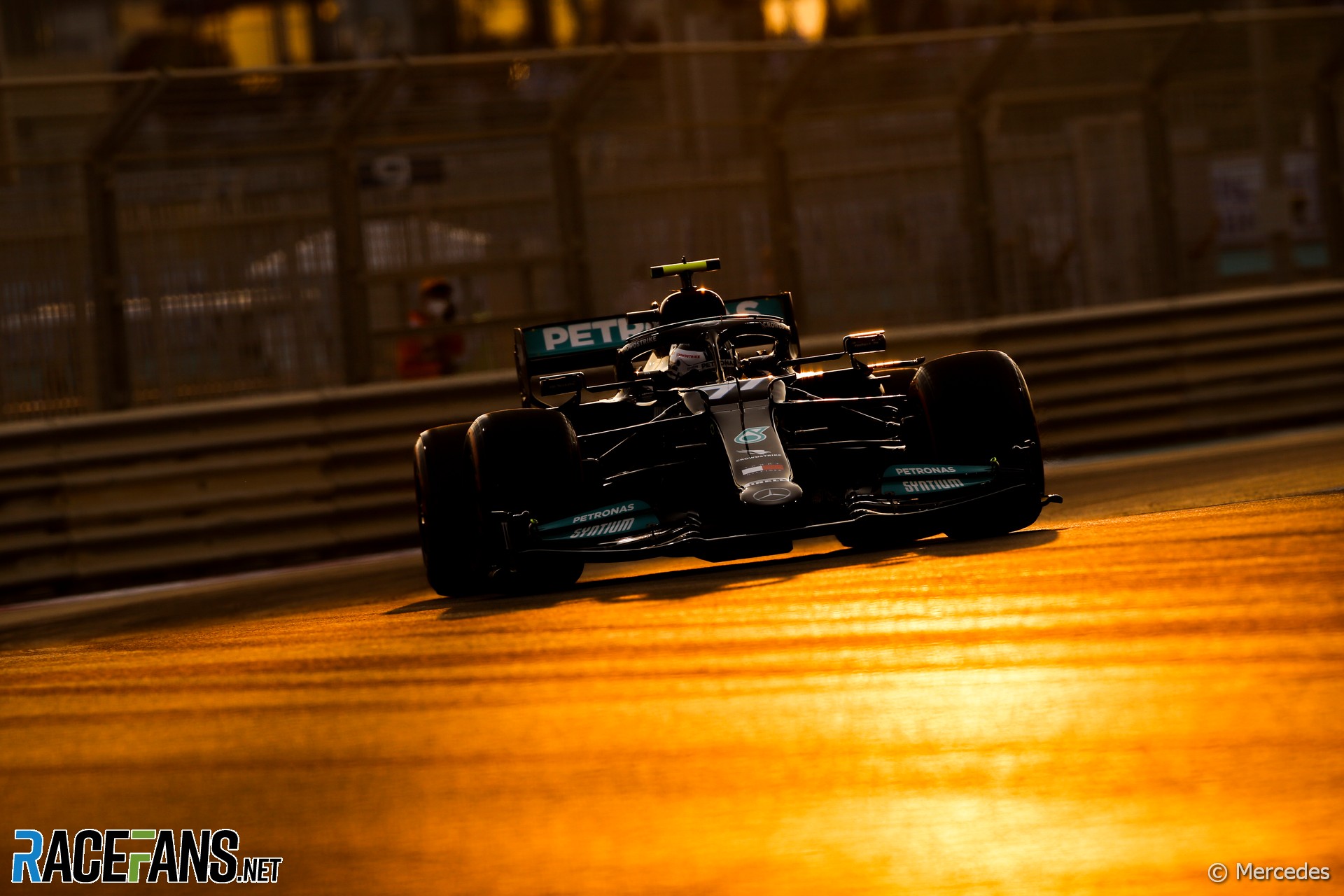 Valtteri Bottas says he lost “at least two tenths” of a second in qualifying after he switched to an older power unit due to reliability concerns.

In his final qualifying session as Mercedes driver, Bottas was only able to manage sixth on the grid as he was out-qualified by both championship contenders, Max Verstappen and Lewis Hamilton, as well as Lando Norris, Sergio Perez and Carlos Sainz Jnr.

Bottas believes there were two main contributing factors behind why he was only able to secure a third row start while team mate Hamilton will line up on the front row.

“I kind of hit a lap time limit,” said Bottas. “In Q2, I think I did my best lap time and I could never improve that. It felt like the more I tried, it felt like the set-up didn’t have any more in it.

“On my car, I went for quite a soft set-up, mechanically, and I feel it’s really good for the race, but I was hoping it should be still okay for the qualifying. But the grip was improving quite a lot, so that’s one thing.

“One factor is that we had to change to an older power unit for today, which I knew was, compared to yesterday, maybe at least two tenths [slower]. We were more confident with this power unit for the reliability.”

After Red Bull successfully executed a planned slipstream boost for Verstappen with Perez slowing down along the straight to provide a tow for his team mate, Bottas says Mercedes never considered a similar tactic themselves.

“We never planned for that, because normally it can go wrong – at least for one of the drivers,” Bottas explained.

“We just focussed on the out-laps and being in a good rhythm. But, to be honest, the Red Bull found a bit more in Q3 than we thought they would. So that was a bit of a surprise.”

Verstappen’s pole position for tomorrow’s championship-deciding Abu Dhabi Grand Prix came with the caveat that the Red Bull will start the race on soft tyres, whereas Hamilton will have the medium tyres for the first stint. Bottas says he believes the mediums are the preferable option for the start of the race.

“After third practice, the plan was always to start with the medium,” he said.

“We think it’s better for us, at least the first pit window is going to be quite a bit bigger. So if we want or need to go long, that’s an opportunity. If you’re on the soft, they will start degrading pretty quickly.”

Bottas may therefore come play a decisive role if Verstappen emerges from the pits behind him during the race. “I’m ready to sacrifice my optimal race because we really want both titles and I want us to get both titles before I go,” he said. “So I’m definitely going to do my part for both of the titles.”