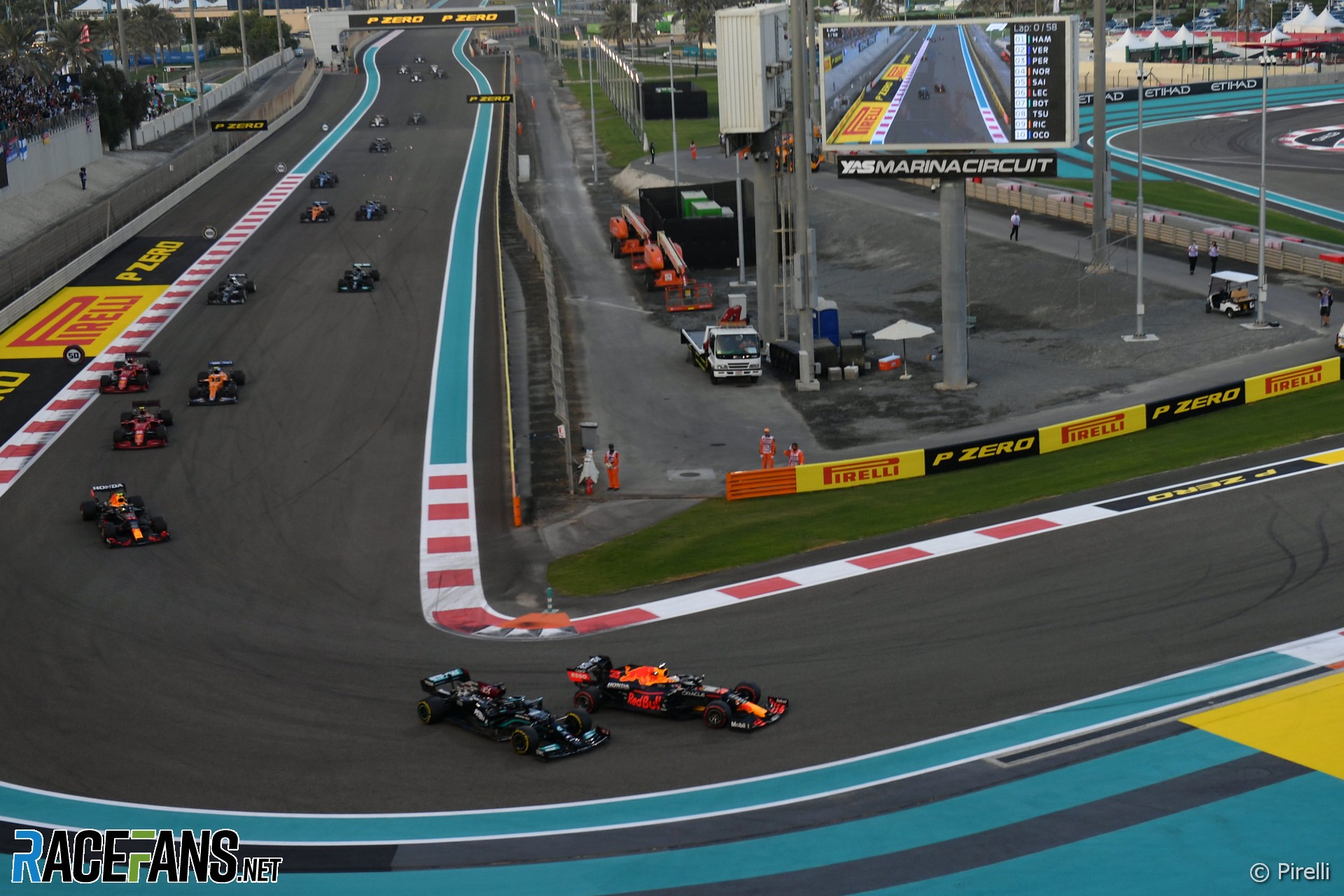 The stewards decided not to investigate a controlversial first-lap incident between championship contenders Lewis Hamilton and Max Verstappen.

Were they right to wave “play on” after the pair clashed at turn six?

At the start of the Abu Dhabi Grand Prix, Hamilton passed pole-winner Verstappen on the run to the first corner. As the pair headed down the back straight towards turn six, Verstappen attempted a very late move under braking. The pair almost collided at the apex, with Hamilton taking to the escape road and missing turn seven.

Verstappen remained within the confines of the track limits at all times throughout the sequence, while Hamilton rejoined the track on the straight following turn seven.

Hamilton appeared to back off slightly in an attempt to negate any advantage gained by cutting turn seven, with the gap to Verstappen dropping to just over a second. On the third lap of the race, race control announced that there would be no further action taken into the incident.

Lewis Hamilton defended his actions, claiming that Verstappen had “pushed me off track.” Hamilton’s engineer, Peter Bonnington, told his driver that Mercedes were “happy with the gap you have reinstated”.

Verstappen was incredulous that race control had deemed no further investigation was necessary into the incident. “That is incredible,” said Verstappen. “What are they doing here?”

FIA race director, Michael Masi, confirmed to Red Bull sporting director, Jonathan Wheatley, that there would be no further action into the incident. “He’s forced him out there, that’s why we asked them to give back all of the advantage,” said Masi. “All the advantage was given back prior to the first lap ending.”

Wheatley pressed Red Bull’s case. “That was a hard, aggressive pass by Max but Max stayed fully on the track and he was ahead at the apex,” he said. “He did everything right, he stayed on the track. At some point the second car has to back out.”

Should Hamilton have been penalised for the incident? Cast your vote below and have your say in the comments.

Do you agree the stewards were right not to penalise Hamilton for the incident with Verstappen?

58 comments on “Did the stewards take the correct decision over Hamilton and Verstappen on lap one?”