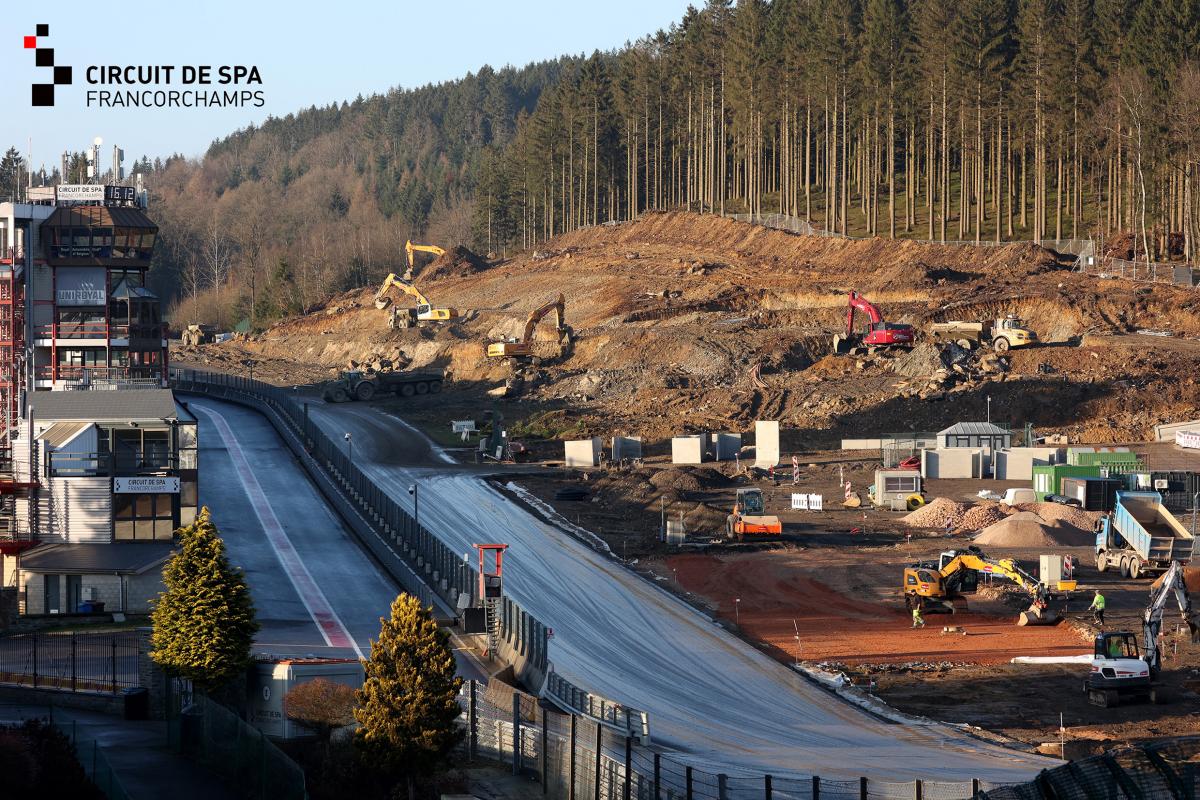 The Circuit de Spa-Francorchamps has shared new images of extensive work being done to run-off areas and spectator grandstands.

The Belgian Grand Prix host venue is in the middle of heavy modifications to make the circuit safer and satisfy requirements to enable motorcycle racing at the track.

Most notably, circuit run-off at La Source and Blanchimont are being extended, while many of the track’s tarmac run-offs are being reverted back to make use of gravel instead. The circuit’s infrastructure is also being updated for the benefit of spectators.

In a post on the circuit’s website, Circuit de Spa-Francorchamps shared photos of the modifications in progress. 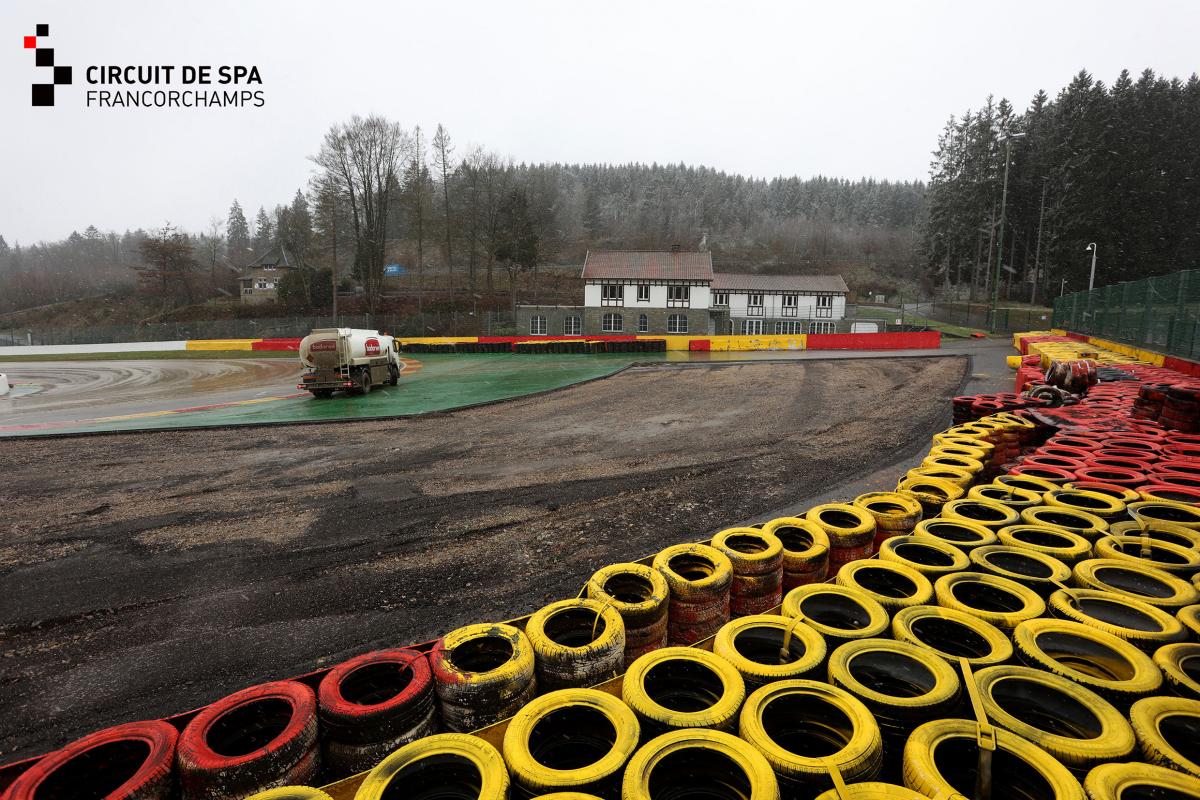 The first corner on the grand prix circuit is having its run-off extended with a gravel trap installed to help slow cars down in the event of an accident or car failure.

The grandstands that overlook the secondary pitlane used for the annual Spa 24 Hours race and for support series during the Belgian Grand Prix is being heavily modified to help provide what the circuit says will be a “more modern” grandstand. 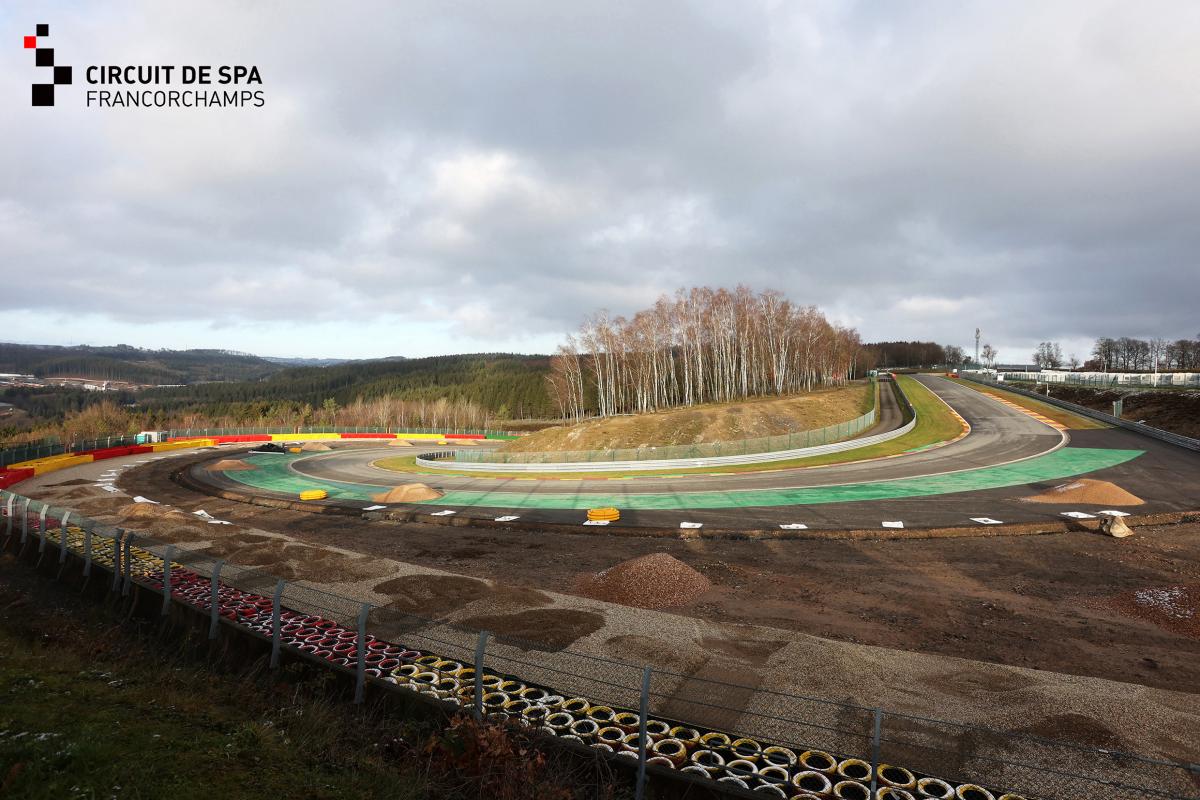 The sweeping, downhill right hander of Bruxelles will have part of the asphalt run-off that runs along the outer confines of the corner reduced and the existing gravel trap extended closer to the track itself. 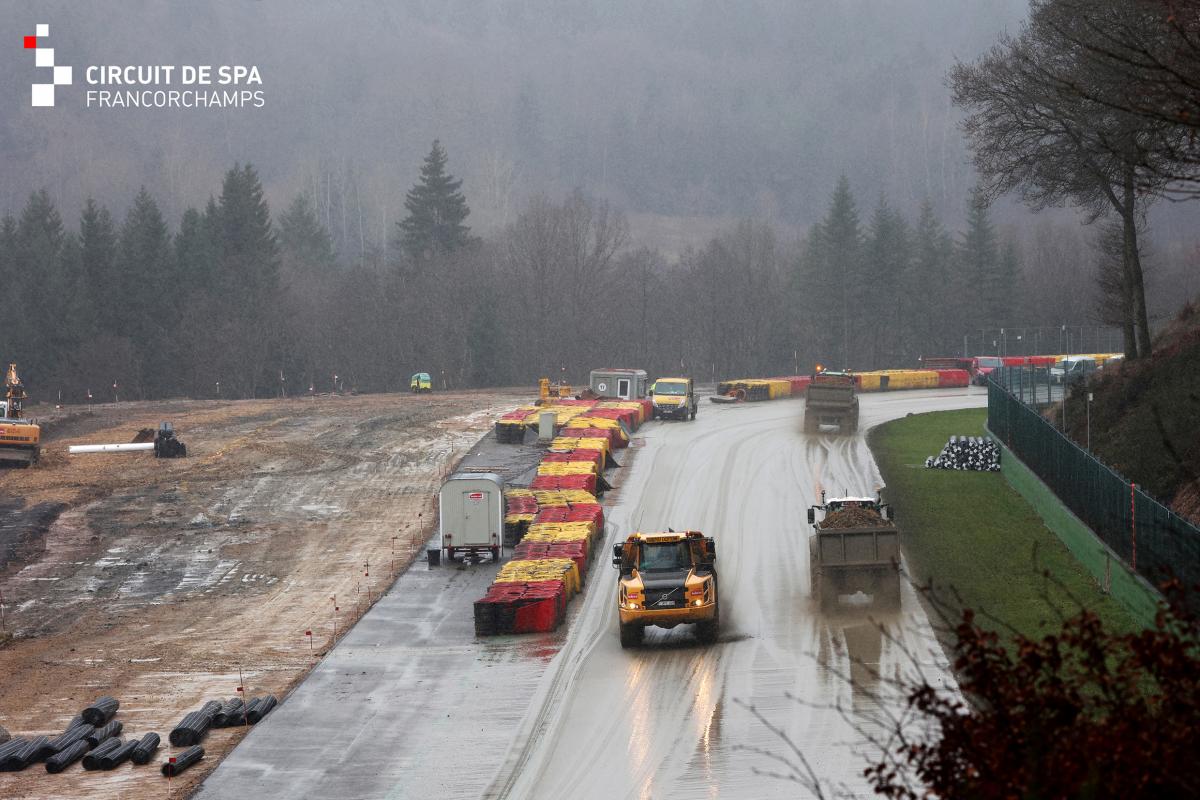 The fastest corner on the circuit has been the scene of many frightening accidents in a variety of categories over the years. Work at the edge of the 300km/h corner will allow for the existing run-off to be extended with gravel installed. The guardrail will also be moved further back with a new service road created.

This year’s Belgian Grand Prix weekend was marred by a series of accidents across Formula 1, Formula 2 and W-Series that saw multiple heavy accidents with two W-Series drivers injured. The grand prix itself was abandoned due to persistent heavy rain that rendered the track impossible to race on due to low visibility caused by spray.

Max Verstappen was declared the winner after multiple attempts to start the race under the safety car proved fruitless, with race classification taken after a single racing lap. The race promoter, Spa Grand Prix, recently announced that fans who attended F1’s shortest ever race would be given the opportunity to enter a prize draw to win one of 170 weekend tickets for the 2022 race.