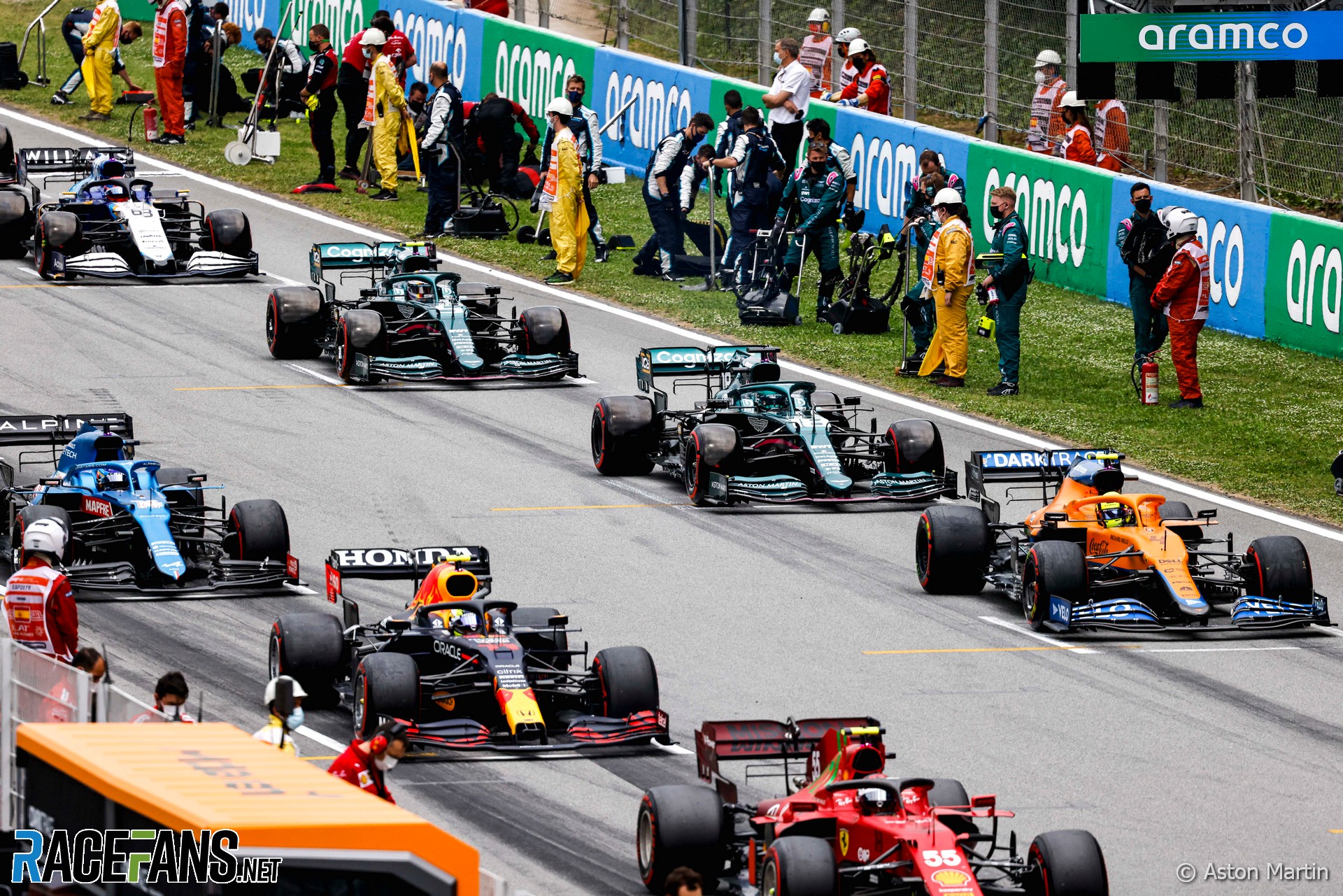 Some Formula 1 fuel suppliers were initially reluctant to embrace the series’ planned switch to synthetic fuels, according to its technical director Pat Symonds.

F1’s next generation of power units, due for introduction in 2026, will run on synthetic fuels which are fully sustainable yet can be used in a standard internal combustion engine. This is part of its efforts to cut its carbon emissions to net zero by 2030.

Although the cars only generate 0.7% of the total emissions produced by F1, Symonds said addressing that is important for the image of a sport which is seen as “gas-guzzling”.

“We had to set some pretty hard targets because we are such a public sport and that’s a bit of a double-edged sword,” Symonds told Blackbook Motorsport. “I get quite upset when I see the words ‘gas guzzling’ right next to Formula 1, and you see it so often in the popular press, when the reality is we’re anything but.”

However Symonds had to overcome some resistance to moving F1 away from conventional petrol.

“When I started this project, probably early or during 2018, I had a bit of a job on my hands trying to persuade some people that this was something that could be done and something that we had to do,” he said. “I would even say that with some of the oil companies, there was some reluctance.

“Now we’re seeing our sponsors, we’re seeing our partners, they want this sustainability story. It’s important to them. And it’s particularly gratifying that we’re seeing the oil companies on board with it as well. As you know, we have a global partner in Aramco [who] are being absolutely instrumental in this programme. That’s the largest oil company in the world who are putting really very considerable resources into a programme like Formula 1.”

Reaching F1’s net-zero target by 2030 will be “very tough”, Symonds admitted. But he believes the synthetic fuel route is the correct one for Formula 1 despite the growing popularity of electric road vehicles.

“I’m not totally convinced that electrification is the only answer,” he said. “It is a very, very important part of the answer, there’s no doubt about that, and I think it’s probably the ideal answer in an urban environment. But I think what we will be always pushing is that’s not the only answer.

“There are multiple parts to a low carbon future and we need to be fully engaged in what those parts are. It doesn’t matter what they are, we just need to be there, we need to be part of it.

“We will definitely increase our hybridisation. Our next formula will be maybe not exactly 50-50 internal combustion engine power and electrical power, but certainly not far off it. And by engaging in that sector of technology, we will push it forward.”