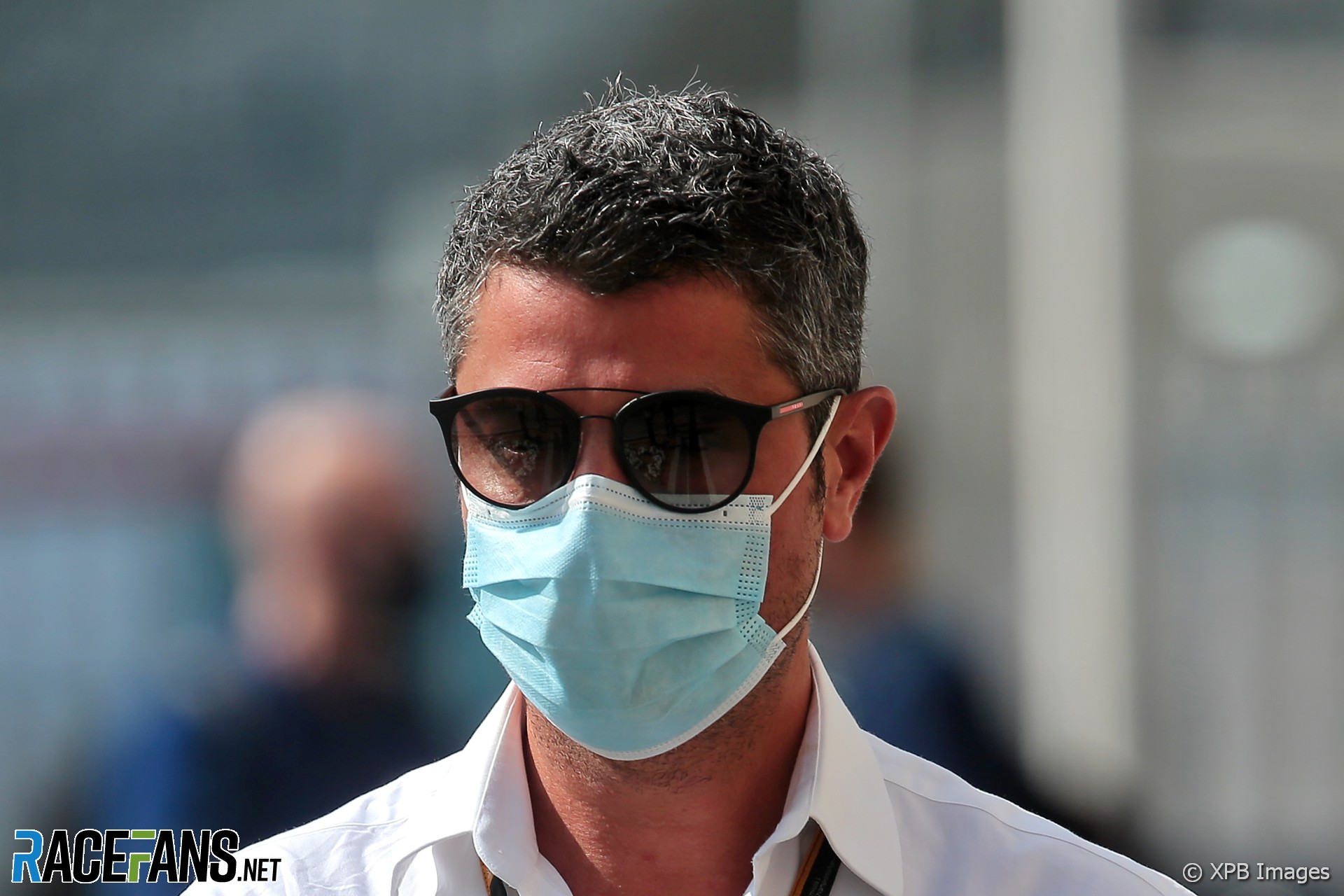 Masi’s position is in doubt following his decision to restart the title-deciding race as the final lap began in a way which broke with convention and appeared to contravene the regulations. The FIA’s secretary general for sport Peter Bayer, who is conducting a formal inquiry into the matter, indicated last week Masi may not continue as race director.

Last year was Masi’s third in the role. He took the job on the eve of the 2019 season following the sudden death of previous race director Charlie Whiting. Wheatley described Whiting as a “behemoth of the sport” and said the FIA hadn’t immediately realised the difficulty of replacing him.

“Charlie had the respect, he was consistent in his decision-making, consistent in the way he dealt with people across the board,” Wheatley explained in an interview with Jack Threlfall. “He knew when to tell you to shut up and when you needed an arm around you.

“He was an extraordinary man in that respect. I think the FIA were slow to realise just what a big pair of shoes that would be to fill. I think Michael, with the right support, is more than capable of doing that.”

Wheatley’s job puts him in regular contact with Masi. “On a personal level he is entirely a really, really nice guy with no edge to him at all,” he said. “And he listens and tries to do the very best that he can.”

The Abu Dhabi row was the culmination of a series of disputes over the racing rules during the 2021 season, several of which Masi was involved in. Another occured following the Brazilian Grand Prix where several drivers questioned why the stewards had not investigated – let alone penalised – Red Bull’s Max Verstappen for running wide and forcing Lewis Hamilton off-track while the pair were fighting for position.

Wheatley said the race director and stewards have “very difficult roles” and need clearer direction from the FIA about the rules of racing.

“Of course we’d all love it to be very, very clear. We’ve had this great overarching philosophy of ‘let them race’. But ‘let them race’ is a philosophy. You’ve then got the black and white of the regulations which is often very prescribed in terms of what penalty, or there’s no wriggle room in it at all.

Last year Formula 1 broadcast exchanges between teams’ sporting representatives and Masi for the first time. The practice was widely criticised following the Abu Dhabi race, during which both Red Bull team principal Christian Horner and his opposite number at Mercedes, Toto Wolff, were heard arguing with Masi. Wheatley said “it was a mistake to broadcast” such exchanges.

Given the high stakes involved in the championship fight, it was inevitable the team principals were going to use the opportunity to lobby Masi, Wheatley believes.

“I did think at some point, of course, the team principles were going to then take over that channel, because the pressure is too important not to, these decisions are too important. So of course it does.

“The other thing is, you might have been able to say, ‘well I’m not sure, that’s not the regulation we should be following, or perhaps should we not be doing it this way’. And of course we can’t have those conversations with the race director if you know they’re going to be broadcast.”

The FIA has already indicated the practice of broadcasting discussions with the race director is unlikely to continue.