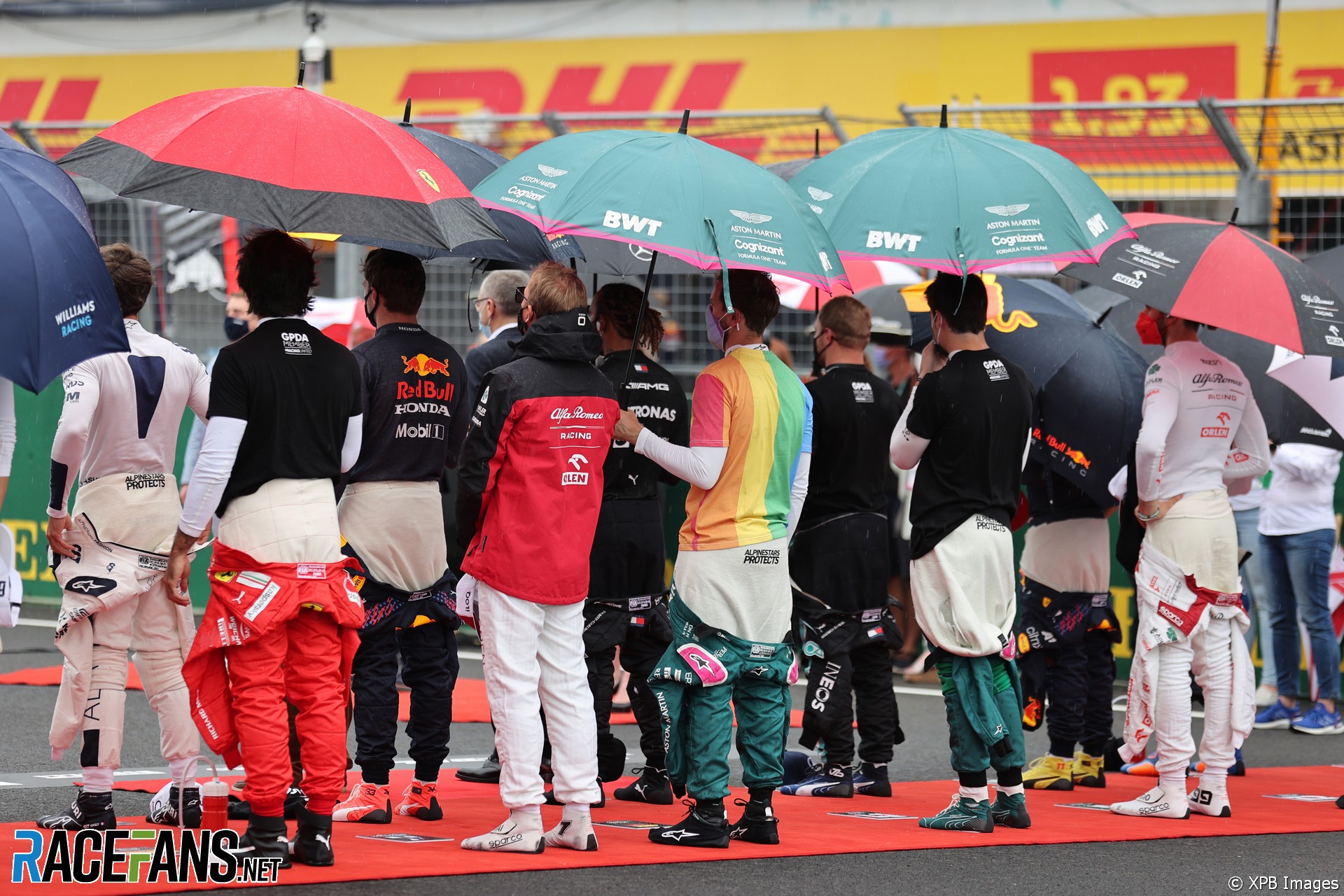 Sebastian Vettel suspects Formula 1’s decision to cease the ‘We Race As One’ observance before races in 2022 was motivated by “business” considerations.

Since the start of the 2020 season, following widespread outrage at racial inequality and police brutality prompted by the murder of George Floyd by a Minneapolis police officer, Formula 1 has held an official pre-race grid moment which all drivers must attend as part of the sport’s We Race As One inclusivity and diversity programme.

Earlier this week, Formula 1 CEO Stefano Domenicali confirmed that, while We Race As One video packages will continue to be played on the official world feed prior to grands prix in 2022, there will no longer be any official gestures of solidarity that drivers will be required to attend.

Asked by RaceFans whether Formula 1 had informed him and his fellow drivers that the We Race As One grid observance would be stopped, Vettel replied: “No, they just changed.”

F1 confirmed to RaceFans their plan to end the pre-race grid moment was communicated to all 10 teams several weeks earlier.

F1 have not forbidden drivers from making their own gestures of solidarity in support of racial equality on the grid. Vettel is hopeful that he and his fellow drivers who wish to continue to express their support will continue to show solidarity together before races, but believes that the reasons why the official observance is being dropped are business-related.

“I hope that, as drivers, we find a way to get together and find a slot of still expressing topics that are important to us,” he said. “Probably not all the drivers care, but I think there’s some that really do care.

“It would be great to get together, but it probably was getting a bit too strong and too individual for the business side of things.”